THE 10 MOST BEAUTIFUL AIRLINERS OF ALL TIME

Sleek, streamlined and sexy, these are ten of the most aesthetically pleasing machines ever created. 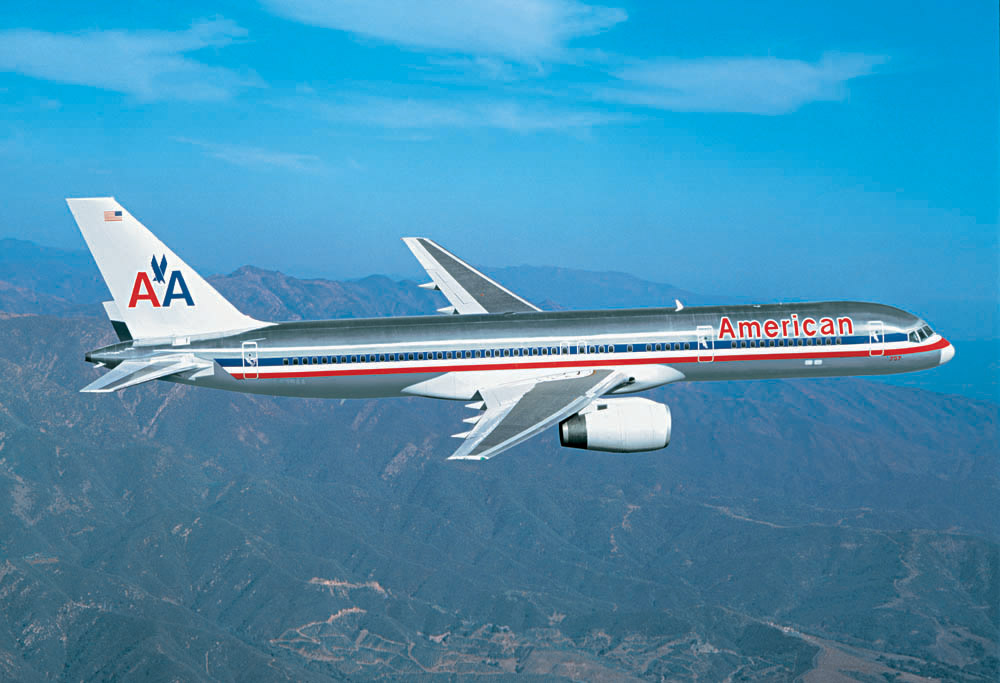 In the age of look-alike twin-jets, the 757 is a standout with its perfectly balanced proportions and simple clean lines. This plane just looks "right". Introduced in 1983, the medium-size, narrow-body 757 was a great success and a total of 1,050 were built. Over 800 Boeing 757s are still in service, with Delta, American, Fed Ex Express and United operating the largest fleets.

With a futuristic name and rounded art-deco contours reminiscent of a Flash Gordon space ship, the Boeing 307 Stratoliner was the world's most advanced airliner when it took to the sky in 1938. The luxurious 33-passenger Stratoliner was the first airliner to feature a pressurized cabin, allowing it to fly above most inclement weather. Only 10 aircraft were built but the type was successful in airline service and continued to fly with Pan American and TWA for several years after WWII. The only remaining airworthy example is on display at the National Air and Space Museum's Udvar-Hazy Center near Dulles Airport. Howard Hughes' former Stratoliner was converted into a houseboat named the "Cosmic Muffin" and currently resides in south Florida. 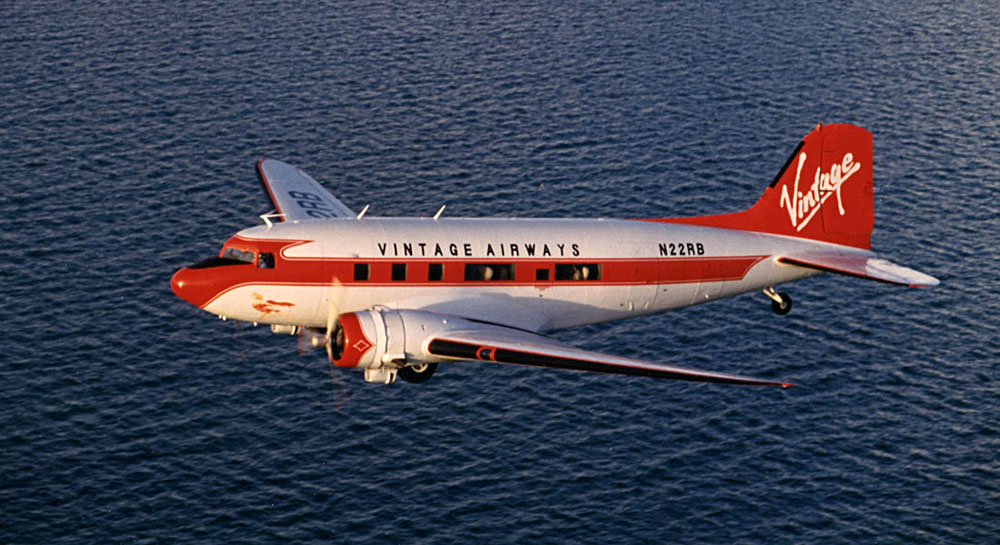 Arguably the most important airliner in history, the DC-3 is a timeless classic. First flown in 1935, it revolutionized air transport and remains in airline service nearly 80 years later. The iconic DC-3 is a virtually perfect design: the shape, the size, the sound, its rugged durability. It's nearly impossible to imagine it any other way. 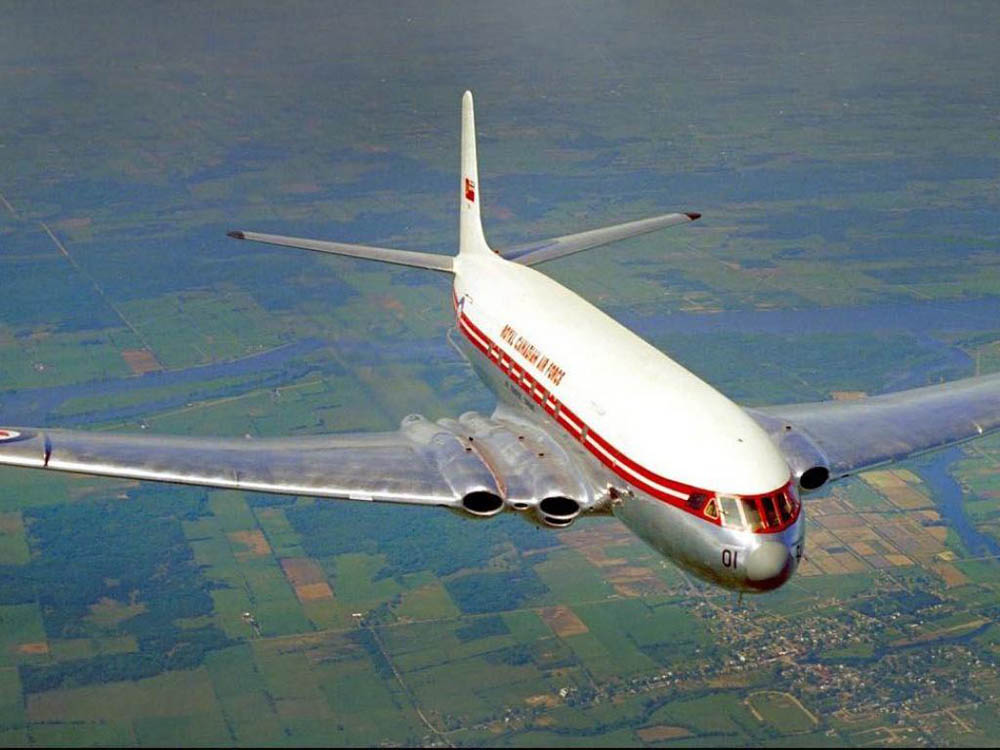 Looking like a cross between a sparrow and a spaceship, the stunning De Havilland Comet, first flown in 1949, was the first jet airliner to enter service. The four jet engines were mounted inside the wings, giving the Comet an unparalleled streamlined appearance. The type was grounded by several crashes shortly after its introduction and, despite a redesign, never recovered commercially, losing business to the larger and faster Boeing 707 and Douglas DC-8. Nevertheless, the Comet was a daring design that pushed the boundaries of technology and remains one of the most important and beautiful aircraft of all time. 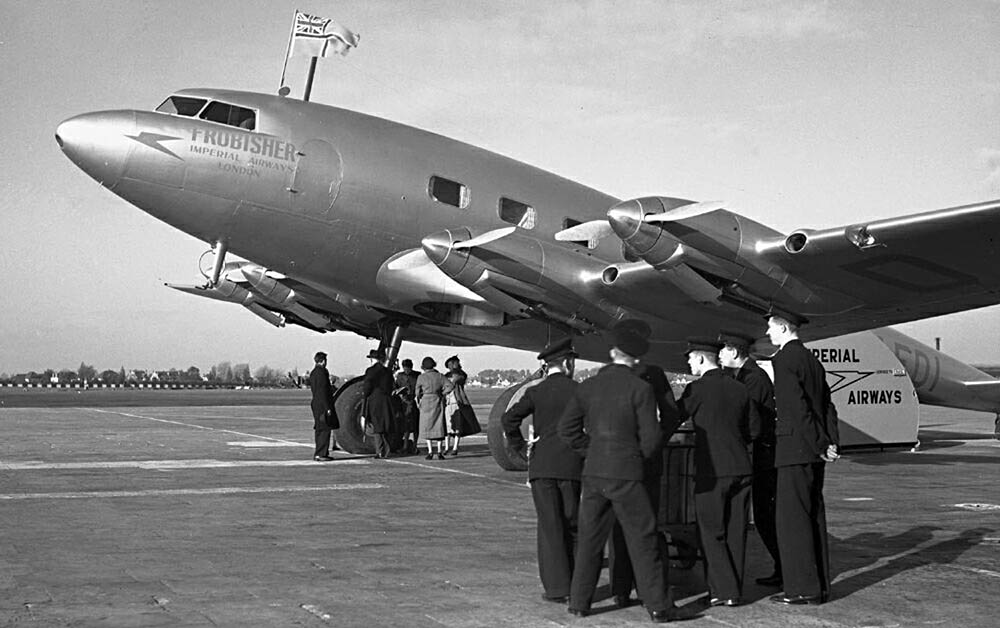 The flowing organic shape of the De Havilland DH.91 Albatross looked more like a sculpture than an airliner, every bit as graceful as its name implied. From the shark-like fuselage to the streamlined engines, the Albatross was a remarkable example of artistic design. Even more remarkable was that this 22-passenger British beauty was constructed of wood and held together with glue! First flown in 1937, only 7 were built and its career was short-lived, primarily because of its wood/glue construction. The final aircraft was scrapped in 1943, less than 5 years afters its introduction in airline service. 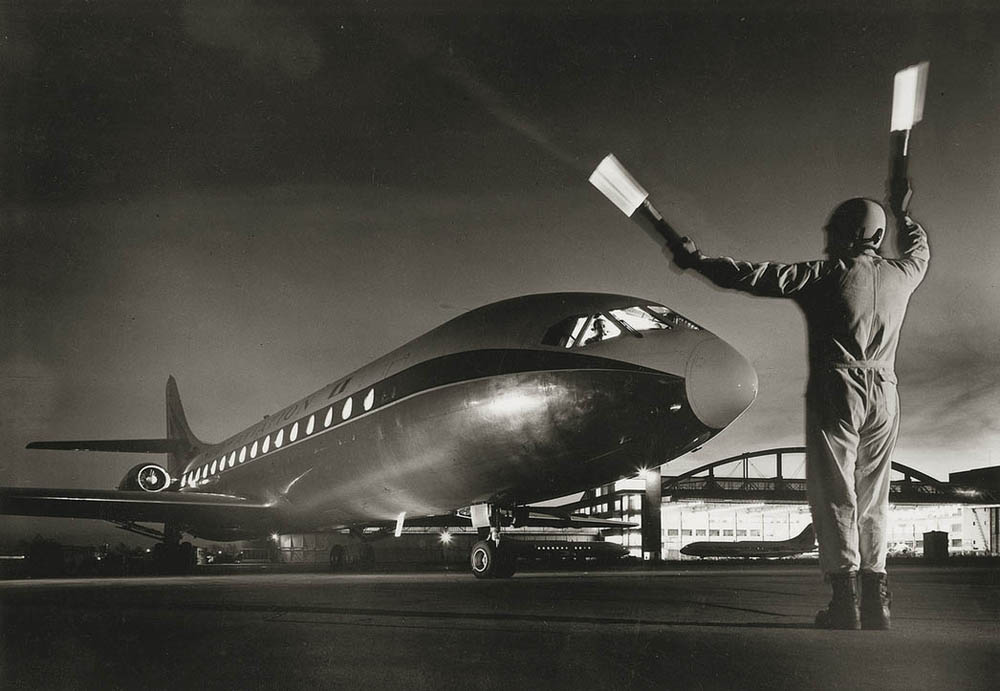 The French-built Sud Aviation SE 210 Caravelle just might be the sexiest airliner of all time. It possessed a certain intangible, indefinable mystique; even the name was sexy. Was it the curves of the fuselage? The unusual rounded triangular windows? The one-of-a-kind tail? The graceful sweep of the wings? We can't explain it and we really don't care to analyze it; the Caravelle was simply gorgeous and that's that. 282 Caravelles were built between 1955 and 1972 and, as far as we know, none are still flying. 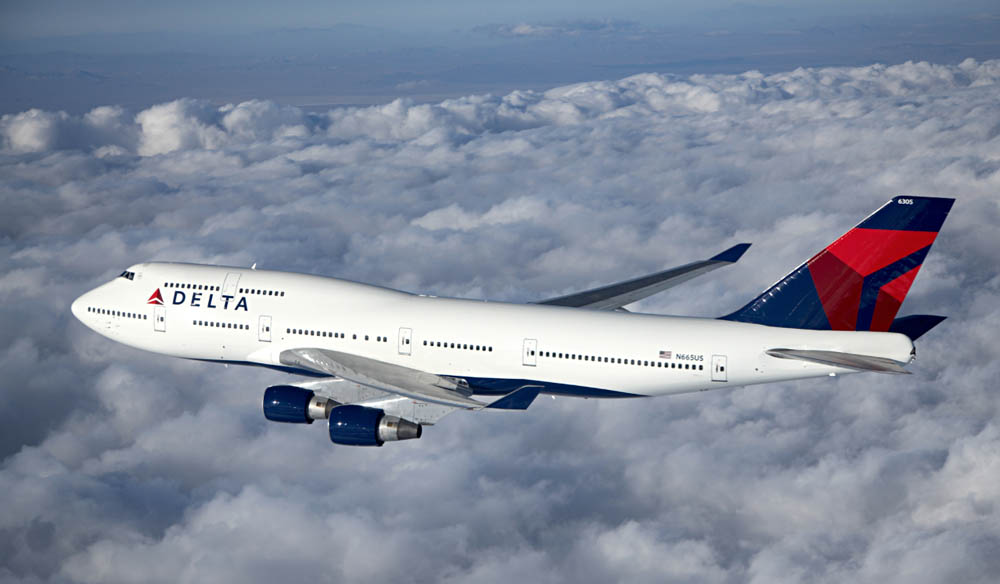 The 747, with its unmistakable "hump", has been "Queen of the Skies" for nearly 5 decades. The original "Jumbo Jet", the legendary 747 revolutionized air travel with its enormous passenger cabin featuring two aisles, a second upper-level deck and unprecedented size and capacity.  46 years after its maiden flight, the 747 is still in production and various models continue to fly with dozens of airlines including Delta, British Airways, UPS, Virgin Atlantic, Lufthansa, Qantas and Air France. 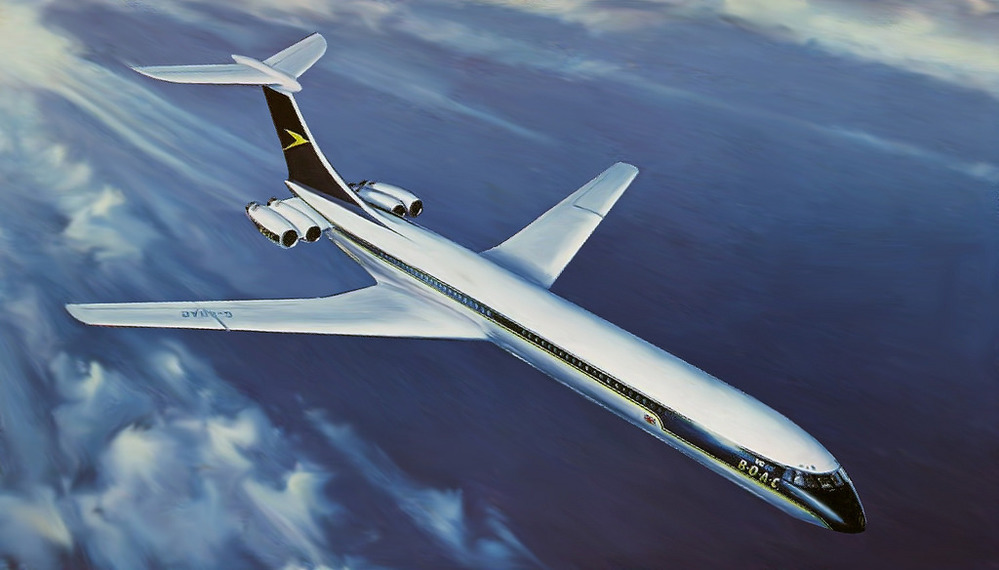 The British-built VC10 is perhaps the most beautiful sub-sonic jet airliner ever built, an elegant machine with perfect, sweeping lines. It was the only western airliner to ever use a rear-mounted, 4-engine configuration, a defining feature that accentuated its uncluttered, streamlined look. The VC10 entered airline service in April 1964 but was not a big success; only 54 were built and the last was retired by British Airways in 1981. Several continued as aerial tankers and military transports into the 21st century and the final aircraft was retired in 2013, more than 51 years after the first VC10 took flight.

An aircraft of spectacular beauty, Concorde was the first supersonic airliner to enter service (1976) and brought remarkable technological advances to commercial aviation. Cruising above Mach 2 at 60,000 feet, Concorde cut flight times between Europe and the U.S. by more than half; in 1983 a British Airways flight set a New York to London record of 2 hours and 56 minutes. High costs and environmental concerns limited production to only 20 aircraft and a crash in 2000 coupled with the post-9/11 economic downturn forced its retirement in 2003. With its delta wing and rocket-ship fuselage, the Concorde still looks like something from the distant future. We rank it as the most beautiful jet airliner of all time. 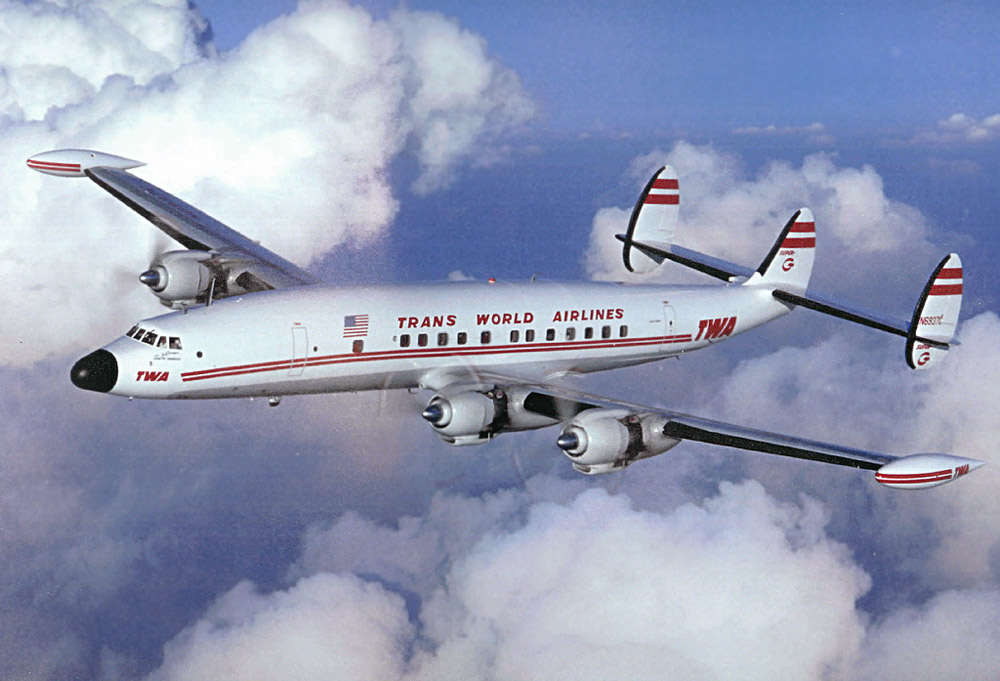 If a picture is worth a thousand words, the photo above speaks volumes. From the graceful porpoise-like shape to the iconic triple-tail, the Constellation is simply the most gorgeous airliner ever built. Introduced in 1943, the pressurized "Connie" quickly became the "Queen of the Skies", a symbol of elegance and technological advancement. The basic design was continually improved and refined and various models were produced until the end of production in 1958. Only two examples are currently in airworthy condition, but the Constellation remains an enduring legend.
This was a fun list to compile but of course there were a lot of favorites that had to be left out. Some of the runners-up that deserve mention: the L-1011, Boeing 727, Douglas DC-7, Douglas DC-8, the 707, the list goes on. Share some of your faves on the blog page HERE.
NEXT PAGE: 25 AMAZING PHOTOS OF ATLANTA AIRPORT IN 1949
Similar searches: 10 most beautiful airplanes , 10 sexiest airplanes , most beautiful airplane in the world