Hello! My name is David Henderson and I'm the webmaster and author of the book Sunshine Skies: Historic Commuter Airlines of Florida and Georgia.  I regularly give multimedia presentations on the history of Hartsfield-Jackson Atlanta International Airport and am also available for newspaper, radio and web-based media interviews.

This website is a labor of love and is created and maintained to preserve the commercial aviation history of the southeastern U.S. There is still excitement in finding that obscure vintage photo or rare timetable. New material is added in what little spare time I have and I always welcome contributions and comments.

As the son of a retired Delta pilot, I grew up under the flight path of Atlanta airport and have been fascinated by commercial aviation from as early as I can remember. Here I am in December 1979 at one of my favorite childhood hangouts: the observation deck at the old Atlanta airport terminal. 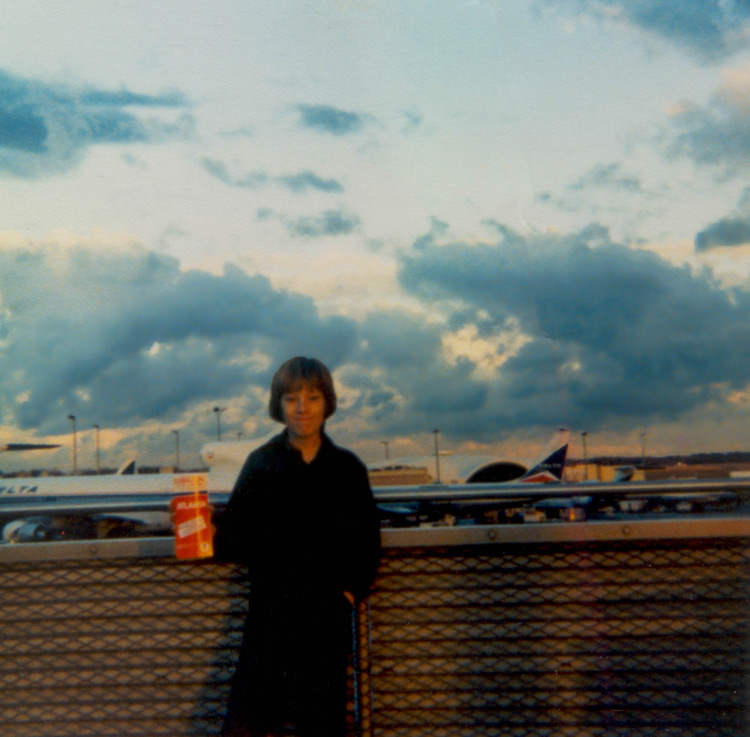 The purpose of Sunshine Skies is to explore, preserve and share the commercial aviation history of the southeastern United States with an emphasis on commuter airlines of Florida and Georgia, the history of Atlanta airport, and old "propliners", particularly the Douglas DC-3.

My grandparents lived in Miami and we visited once or twice a year. Miami International in the 1970s was probably the greatest airport in the world for anyone interested in airliners. It was commonplace to see ancient Lockheed Constellations, Stratocruisers, DC-4s, sixes and sevens lined up for take off between shiny new 747s and A-300s. In the 1980s it was not unusual to see 1930s-vintage DC-3s parked next to a supersonic Concorde.

The grandparents moved to the Keys in the mid 70s and the closest airport, Marathon, was served by the DC-3s and Convairs of Air Sunshine. It was also home to a fleet of mosquito control DC-3s that regularly buzzed the house at treetop level at sunrise. Far away from the modern hustle and bustle of my hometown Atlanta, the Keys felt like the land that time forgot and these aircraft seemed like relics from a forgotten prehistoric age. I was in awe of it all. My love of old "propliners" and small commuter airlines and fascination with the commercial aviation history of the southeastern USA began during that time.

I mowed yards and raked leaves and saved up $32 for my first DC-3 flight from Miami to Marathon on December 27, 1981. Absolutely fantastic! The sun was setting into the ocean above the Seven Mile Bridge as we turned for final into Marathon and twilight settled as we pulled up to the terminal. I took this grainy photo (anyone remember Disc cameras?) from the Marathon Airport parking lot shortly after we landed. My grandparents' car is in the foreground. 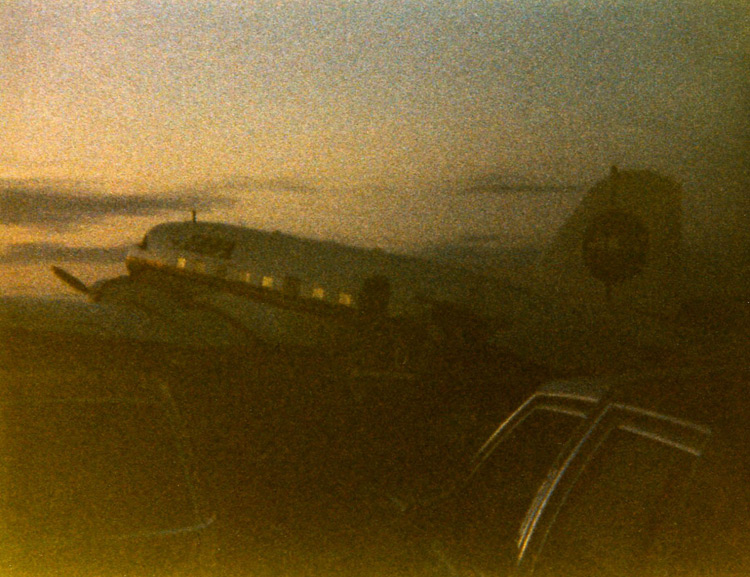 In the late 1990s my interest in these old aircraft and airlines was re-ignited by a combination of the internet and a brief propliner renaissance in the Atlanta area. I was in my 30s and once again driving all over north Georgia to photograph DC-3s, collecting timetables through ebay and connecting with others with similar interests. It was like being a kid again.

In December 2005, I published the book Sunshine Skies: Historic Commuter Airlines of Florida and Georgia and the expanded second edition and the Sunshine Skies website appeared in October 2008. The book and website have brought some great opportunities and allowed me to connect with hundreds of fellow aviation fans, industry employees and media contacts. Early on, I became involved with the National Museum of Commercial Aviation in Atlanta, volunteering and taking part in book signings and other events.

Below: With National Museum of Commercial Aviation curator Grant Wainscott at my first book signing in 2008. 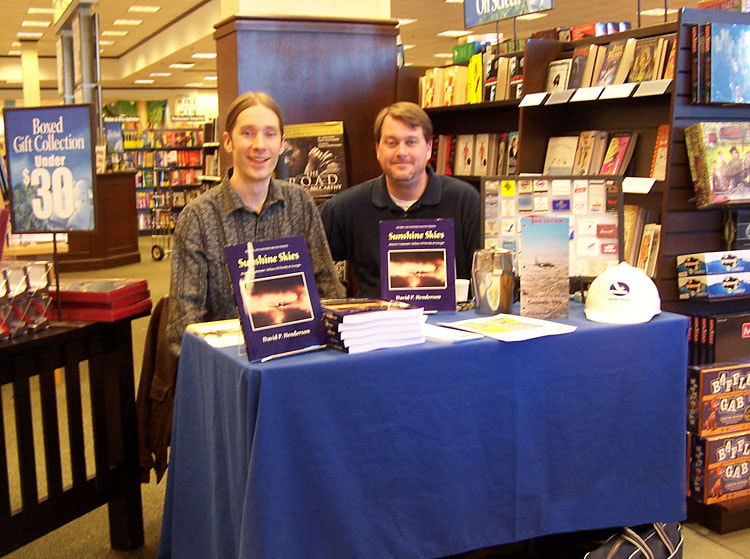 The National Museum of Commercial Aviation featured an exhibit about the airlines of the southeastern USA which was based on my book Sunshine Skies. 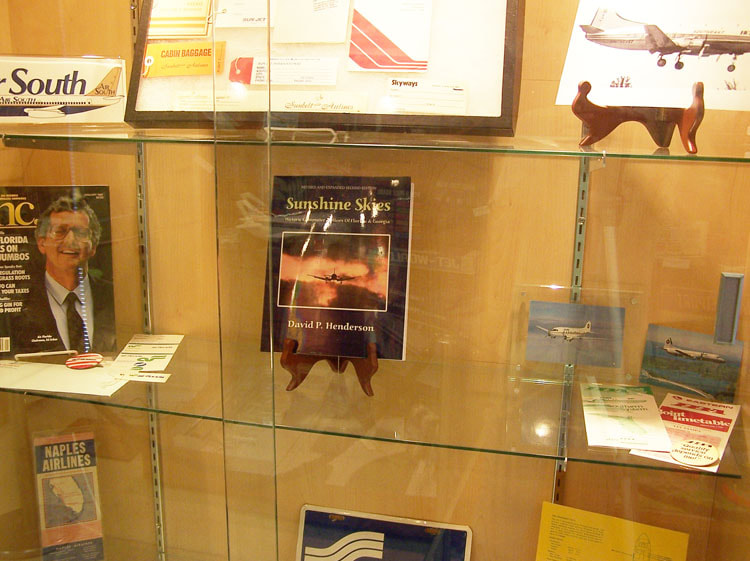 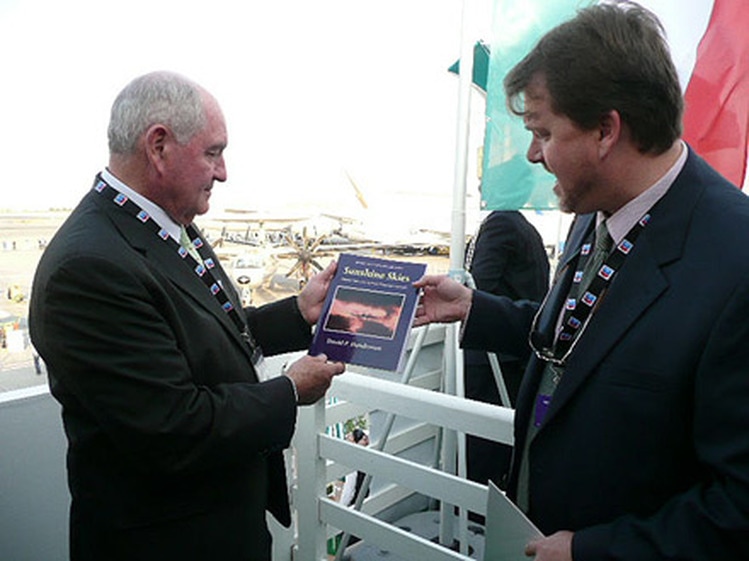 Here I am with author and good friend Dale Hartsfield (as in Hartsfield-Jackson Airport) at our merch table during the Atlanta Airline Collectibles Show at the Delta Flight Museum on October 5, 2019. Dale is holding a copy of his excellent book What's In A Name?: A Historical Perspective of Hartsfield-Jackson Atlanta International Airport 1925-2014. Photo taken by Joey Appie. 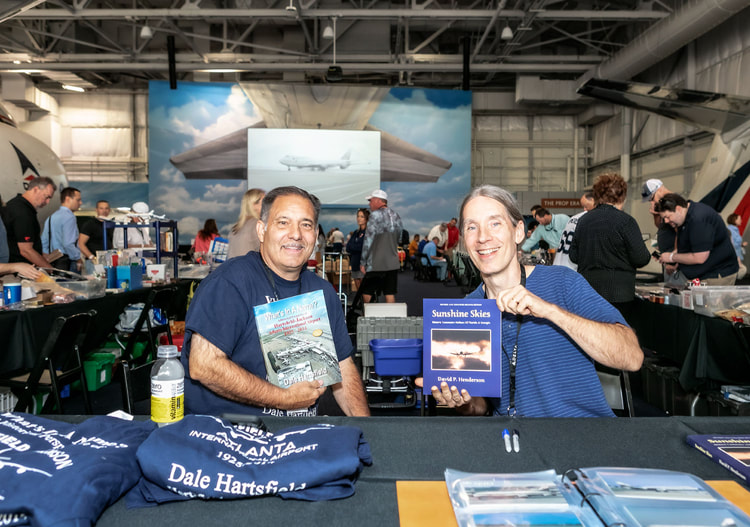 I regularly give multimedia presentations around the Atlanta area on the history of Hartsfield-Jackson Atlanta International Airport, tracing its development from a dirt race track to the world's busiest airport. These presentations usually run about 70 to 90 minutes and feature over 100 vintage photos, memorabilia, videos and audio recordings and conclude with a question and answer session. Please CONTACT ME if you're interested in having me speak at your event.
In 2009 I appeared as a guest speaker at the Airliners International convention in Orlando, Florida, presenting a detailed slide show about the history of commuter airlines of the Sunshine State. I also finally got to meet author William Moriaty, whose numerous articles about the legendary small airlines of Florida inspired me to write my own book on the subject.
In the past decade I have been interviewed on radio and in print to provide historical context and information for episodes and articles about airports and airlines of the southeast. Here I am at WMLB 1690 in Atlanta with Sidewalk Radio host Gene Kansas after recording a segment for an episode about Atlanta Hartsfield-Jackson International Airport. 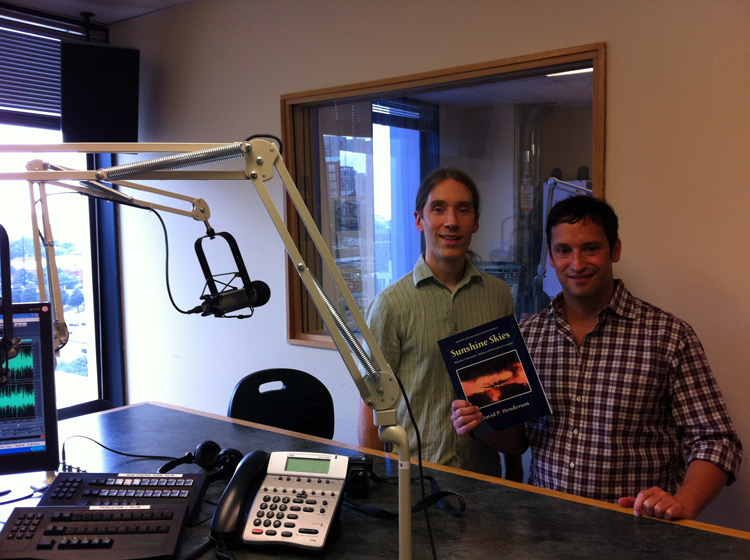 I was honored to give a presentation on the history of Hartsfield-Jackson Atlanta International Airport at the Delta Flight Museum during the Airliners International event in June 2019.  That's my dad, The Captain, on the left in the publicity photo on the screen. 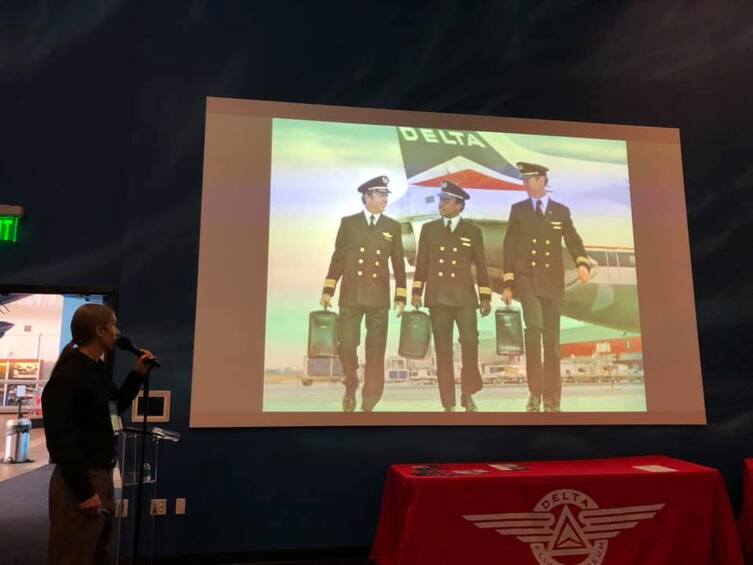 I returned to my hometown of College Park, Georgia on February 19, 2020 to give a presentation about the history and local influence of Hartsfield-Jackson Atlanta International Airport at the College Park Historical Society. Despite the cold, wet weather, we had a capacity crowd! 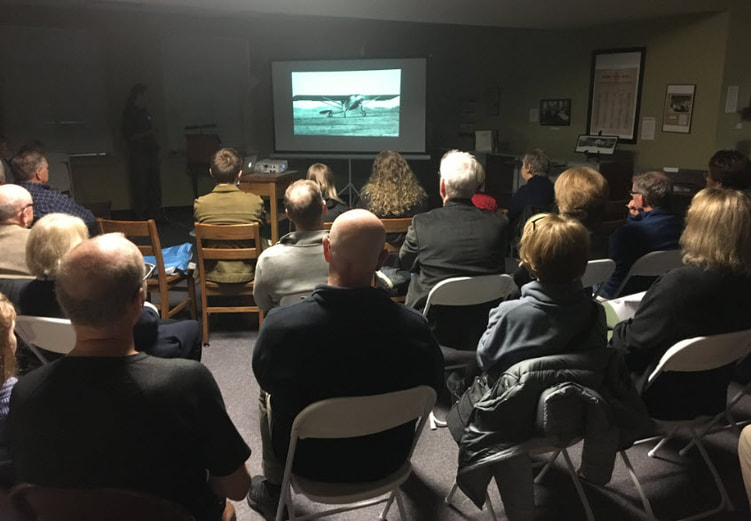 Thanks again for visiting and feel free to CONTACT ME with any questions or media requests.

Here are a few favorite websites that I have contributed to:
Abandoned and Little Known Airfields - Information on over 2,000 abandoned airports.
Atlanta Time Machine - An unparalleled look at the history of Atlanta including the airport.
Departed Flights - Old OAG schedules, route maps, timetables. Very cool site.
Timetable Images - Timetable covers as well as entire historic timetables are shown here.
Return to Atlanta - Revisiting my old haunts 20+ years after the fact.
If you would like to contribute photos, scans, stories or additional information about any of the airlines, airports or aircraft on this site, please contact me, David Henderson, using the mail icon above. Help preserve the colorful history of aviation in Florida and Georgia!