Complete Aero Coach timetables can be found HERE. I'll be adding more soon.
Aero Coach operated Cessna 402s and Embraer Bandeirantes on a route network that covered the east coast of Florida and the Bahamas. Started by Heather and Thomas Cartier in May 1981 with a single aircraft, the airline grew to 33 planes, 179 employees and over 130,000 passengers per year by 1989. Following a crash in 1991, combined with the effects of the early 90's economic recession, the airline went into a rapid decline and ceased operations in 1992. 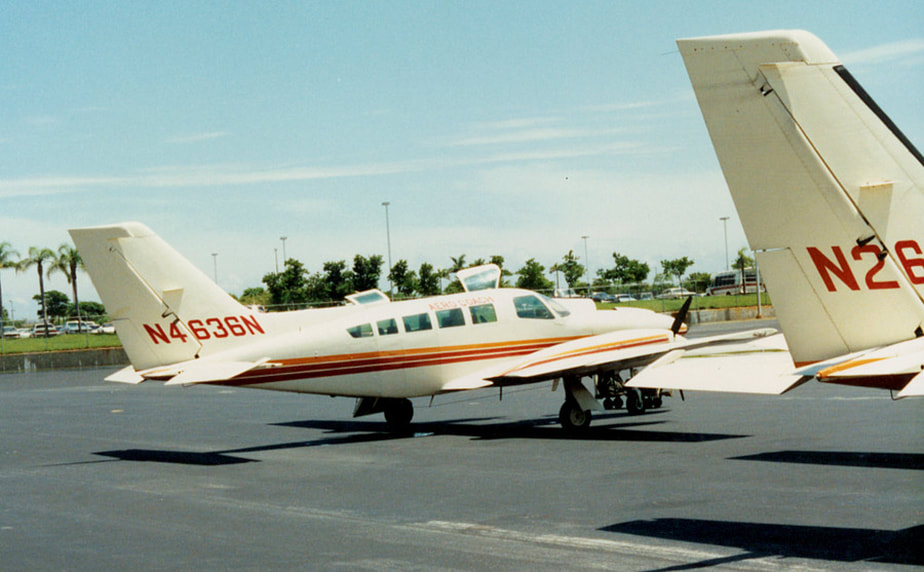 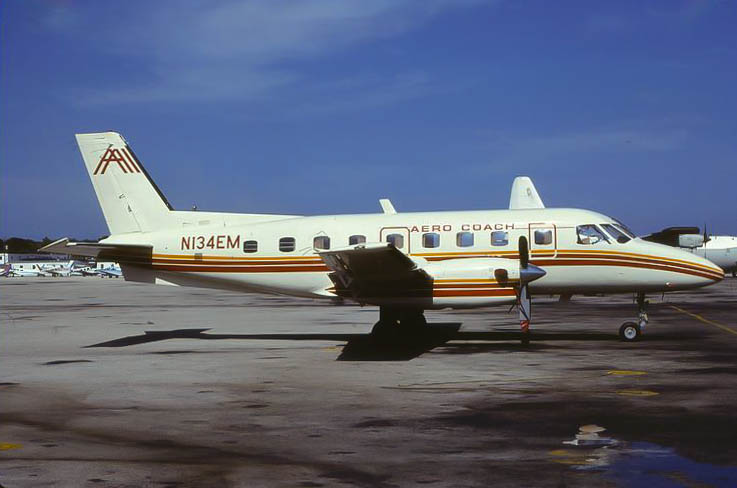 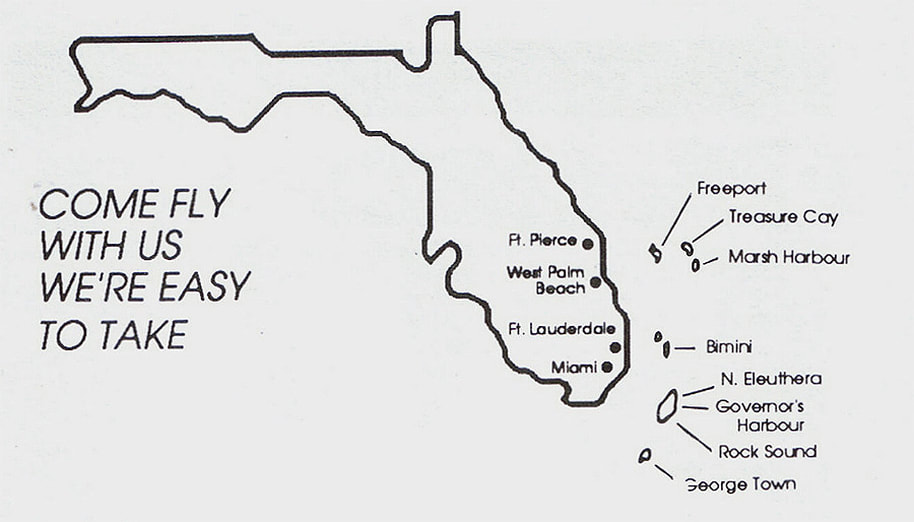 The following photos were also sent in by Andrew Rodriguez and were taken in the summer of 1989 aboard an Aero Coach flight between North Eleuthera and Ft. Lauderdale. The first one shows a Cessna 402 on final to Ft. Lauderdale. 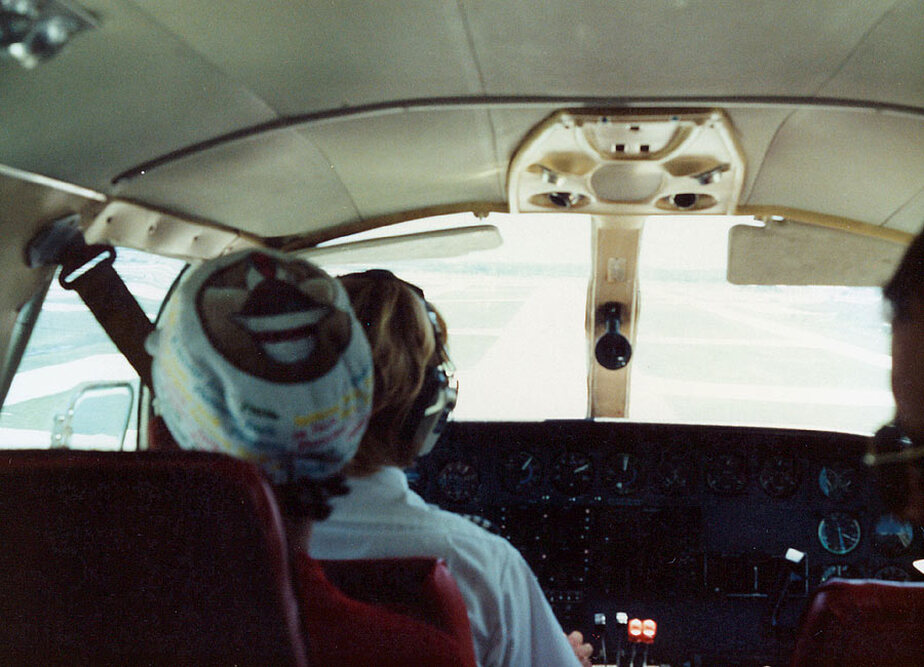 A magnificent view above Hollywood, Florida, looking south towards Miami during the summer of 1989. Photo courtesy of Andrew Rodriguez.

The following 5 photos were sent in by Don Faber. Don wrote: " Attached are some pictures I took in 1989 flying from Ft. Lauderdale to North Eleuthera on Aero Coach. It would be interesting if someone could identify the pilot. I was in the right seat so was able to get a good picture of him. There are also a couple of Gun Cay and Cat Cay as we flew over. Let me know if you find out anything about the identification of the pilot.  I’m sure he would appreciate the pic!"

The first photo shows Cessna 402 N5736C on the ramp at Ft. Lauderdale. 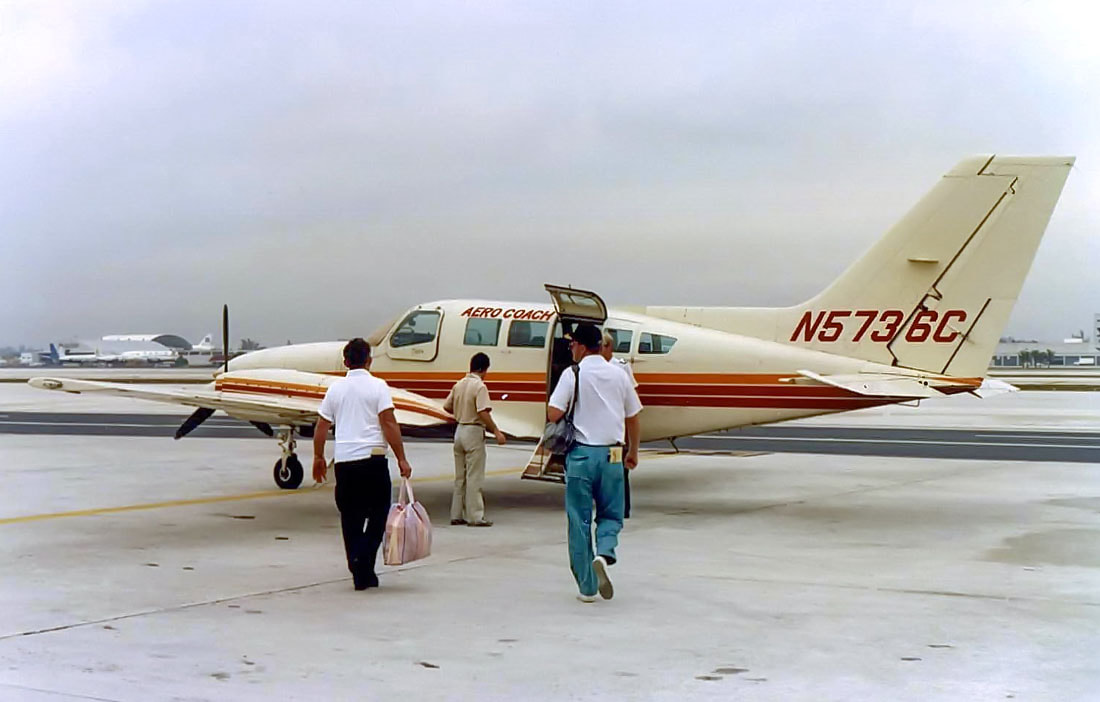 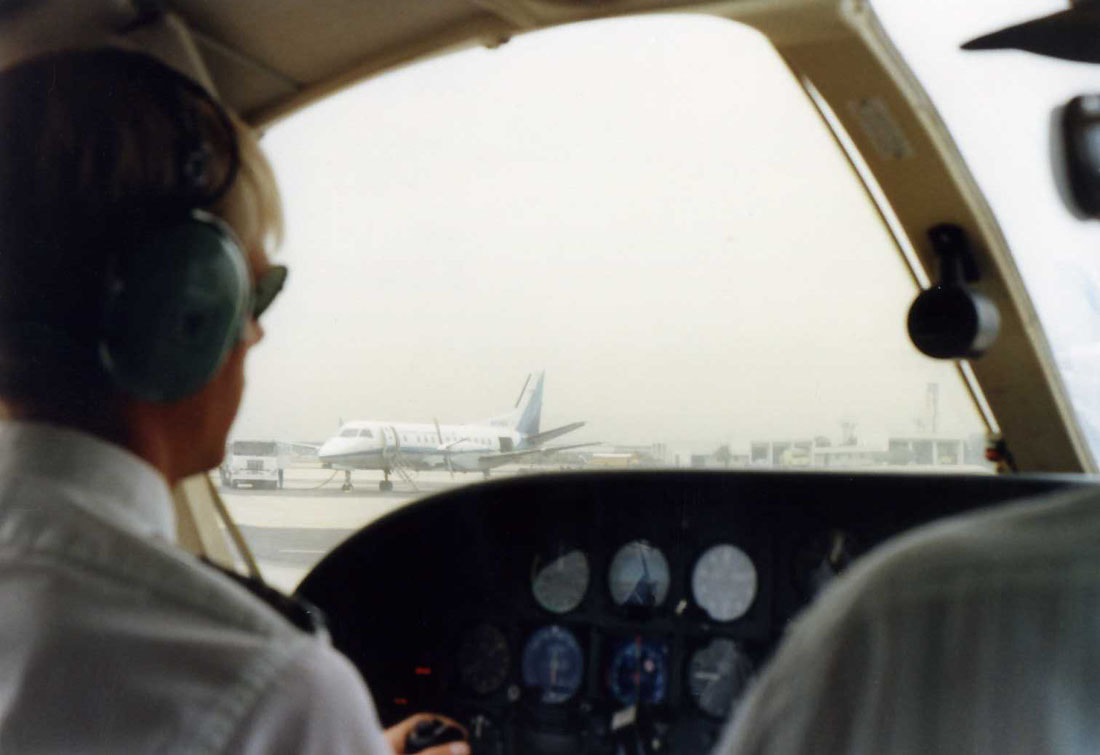 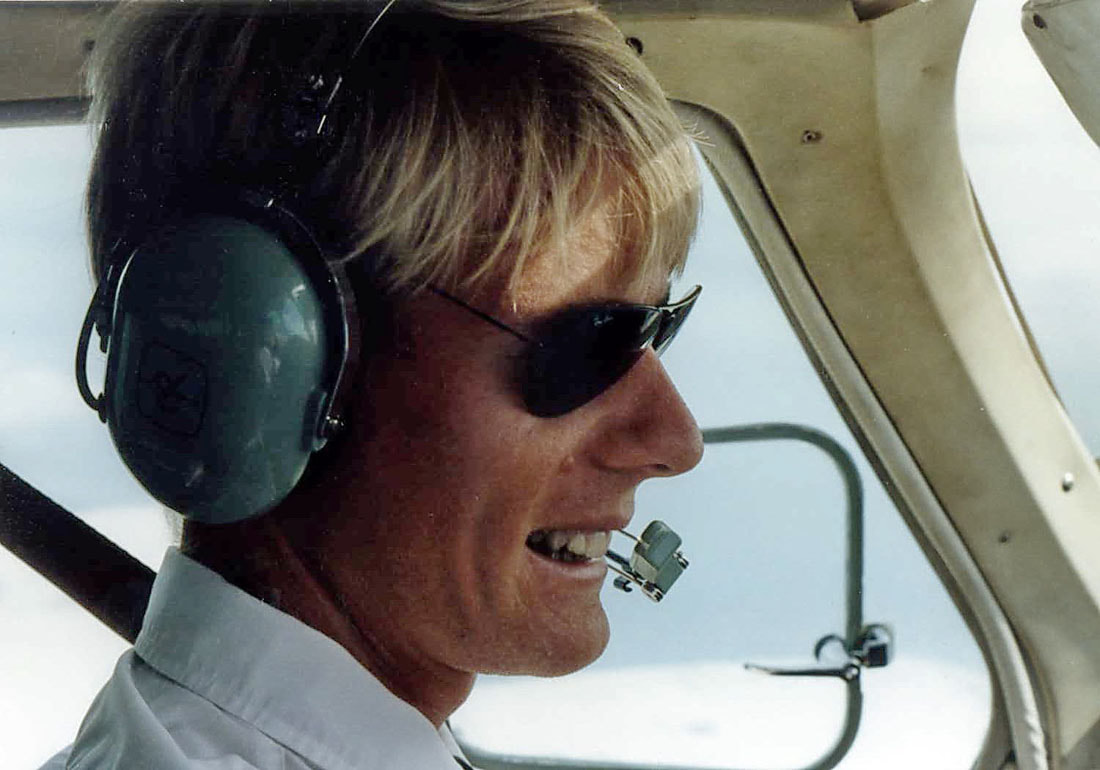 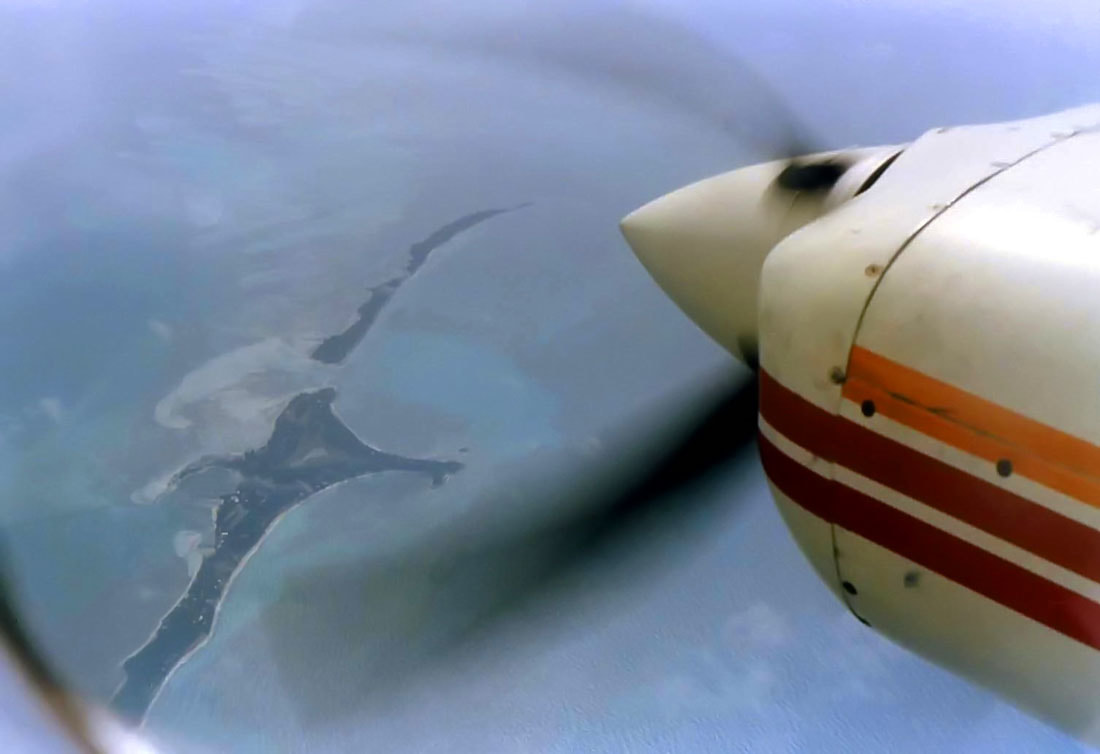 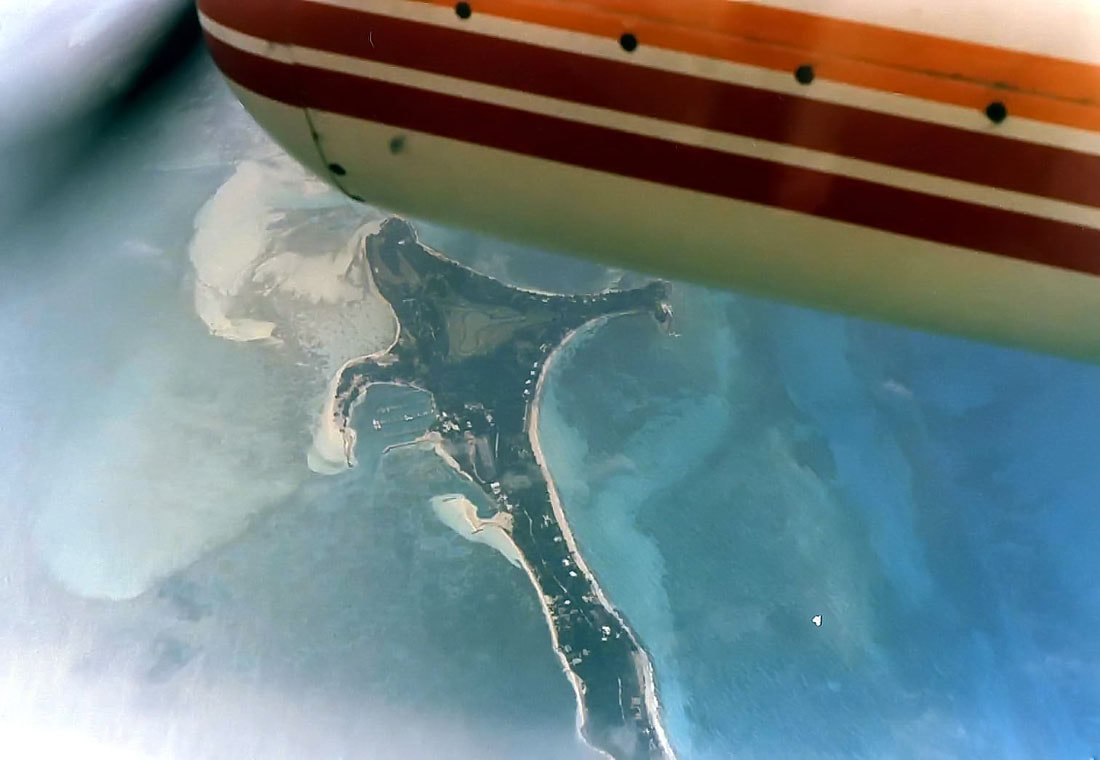 A complete Aero Coach timetable from 1984 can be found HERE. It includes a few terminal maps and a good history of the airline up to that point. I'll be adding more timetables soon!