Argonaut Airways was established in 1946 to provide cargo service between Miami and South America. Charter passenger service was started in 1954. The carrier initially flew Curtis C-46 Commandos and later added DC-7s and DC-3s to the fleet.

In October 1957 an Argonaut C-46 inadvertently flew into a waterspout (possibly a tornado) over the Pacific Ocean while enroute from Columbia to Panama. Pilots reported the aircraft inverted at least 5 times and control of the plane was recovered at a mere 100 feet above the water. All four crew members suffered cuts and bruises while the payload of 35 monkeys and 300,000 tropical fish perished. The plane landed safety despite serious structural damage and the loss of one engine.

Below: An Argonaut C-46 pictured at Chicago Midway Airport in September 1958, taken from the flickr photo collection of Pat B. who added, "Argonaut was issued a Supplemental Certificate in 1959. This was later revoked by the CAA, possibly because of a passenger that fell out of a C-46 door over Virginia on 29 June 1960!! " 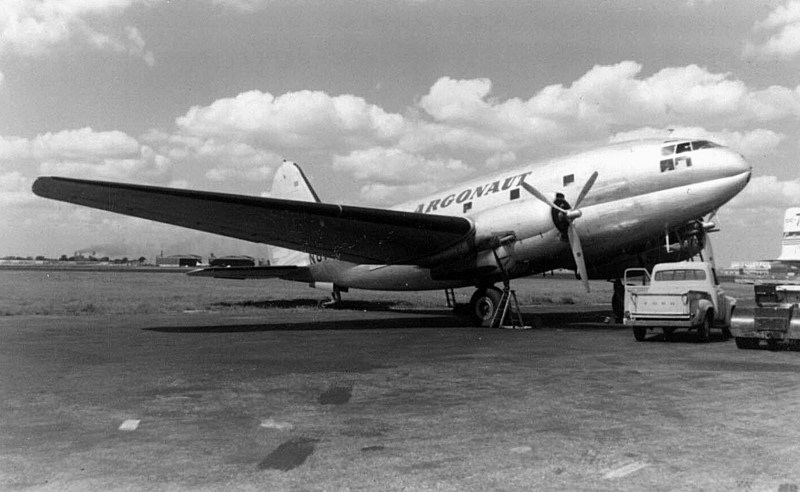 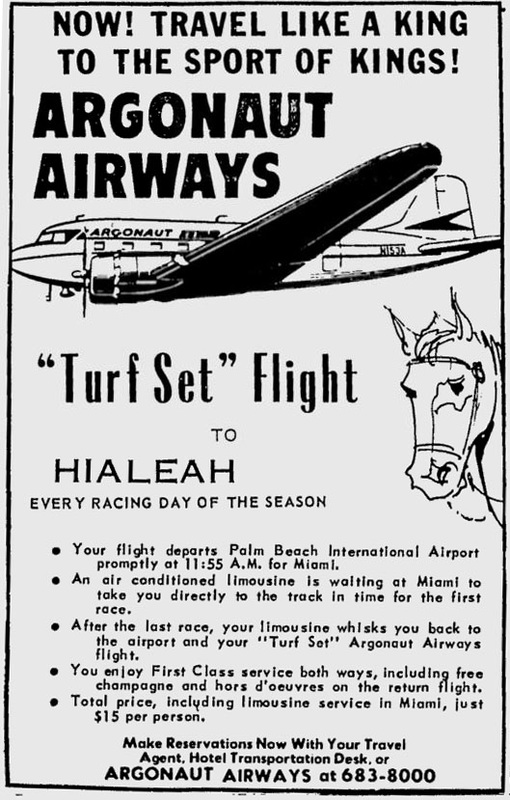 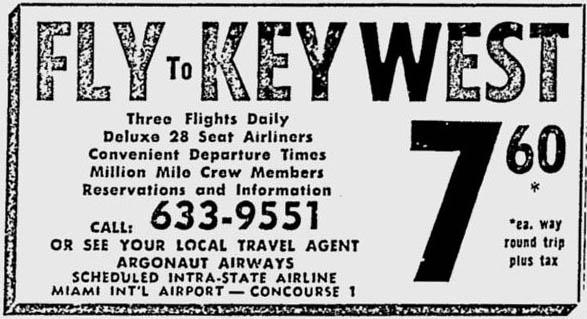 Various newspapers reported that Argonaut was merged into Southeast Airlines in March 1965, but the airline apparently continued to operate as Argonaut Airways until 1966.

This timetable, effective December 10, 1965, shows service between Miami and Key West, Jacksonville and Gainesville, and a single round trip along a Miami - Orlando - Gainesville - Jacksonville route. Timetable scan courtesy of Don Henchel. Thanks Don!

Here is the flip side of the above timetable. Courtesy of Don Henchel.

Argonaut Airways DC-3s parked at Miami. The fuselage of N142A was later converted into a bus modified to resemble a Space Shuttle! More information and photos on that conversion can be found HERE. 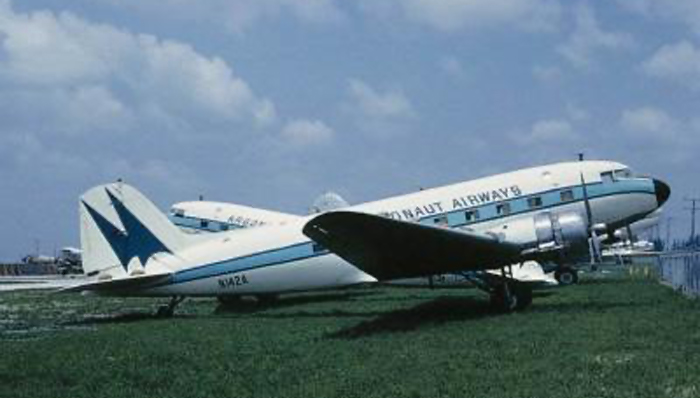 By mid 1966, the Argonaut name had been retired. DC-3 N142A, pictured above, went on to fly with Southeast before being reincarnated as a food truck resembling the Space Shuttle. ﻿﻿(Photo via airportjournals.com)﻿﻿ 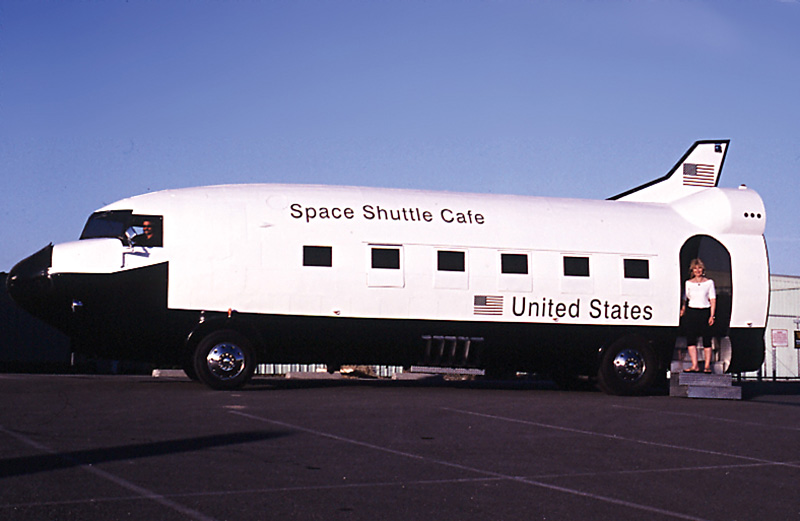