In February 1960, Atlanta Helicopter Airways became the first scheduled helicopter airline in the southeast when it started service between Atlanta Municipal Airport and points around the metropolitan Atlanta area. AHA used Bell 47J helicopters which carried 3 passengers and limited baggage. Before the completion of the interstate highway system, travel time between Atlanta airport and the northern suburbs could take longer than an hour, while travel time by helicopter was only a few minutes. This page from the October 1960 issue of the Official Airline Guide shows weekday flights along an Atlanta Airport - Heart of Atlanta Motel - Lenox Square - Sandy Springs route and an Atlanta Airport - Lockheed Marietta (Dobbins) route. The photo shows the helipad site in downtown Atlanta and the diagram at bottom right shows the helipad at end of the east gate of the old "Temporary Passenger Terminal". 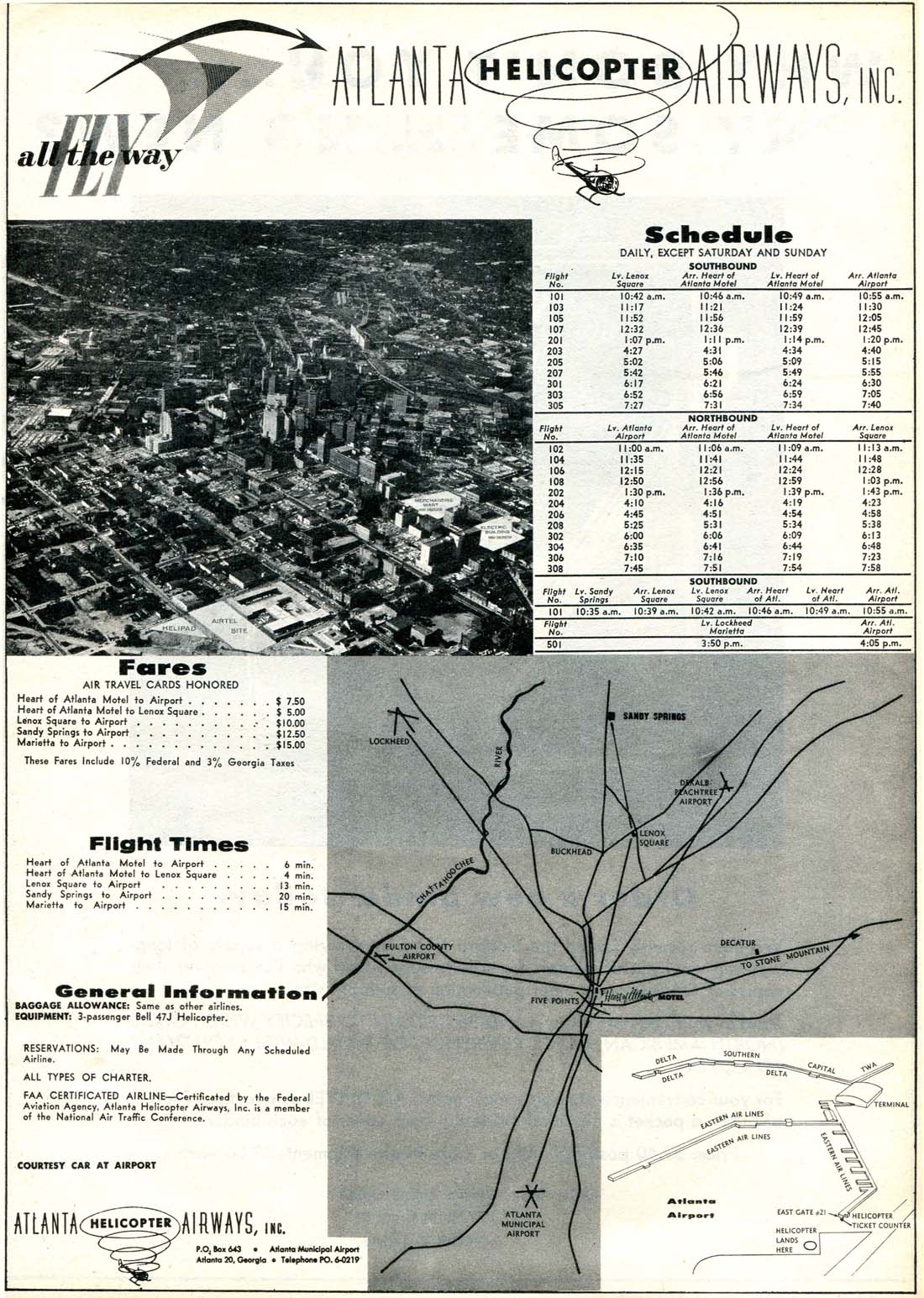 This excerpt from the Atlanta Chamber of Commerce minutes in 1960 shows a resolution to ask the CAB to promptly set a hearing date to certify Atlanta Helicopter Airways, Inc to operate within a 50 mile radius of ATL. Thanks to Dan Morrison for finding this image in the Atlanta History Center digital archives.

The location of the helipad can be seen just east of the Atlanta airport terminal in this 1960 aerial. The quonset temporary terminal is at left and the "Jet Age" terminal, under construction, is at bottom right. 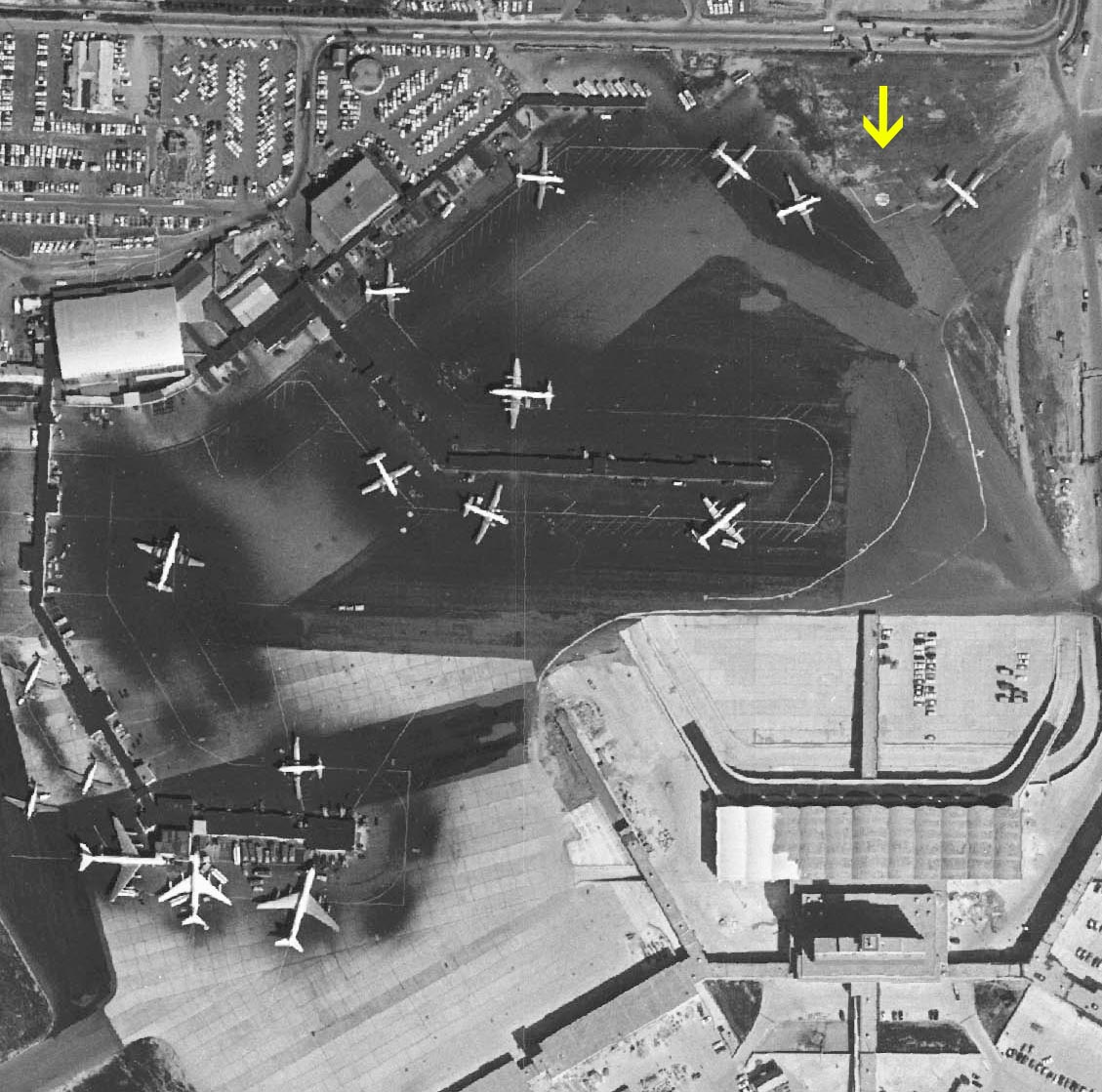 An Atlanta Helicopter Airways advertisement that appeared in the April 8, 1960 edition of the Southern Israelite. Thanks to Dan Morrison for this image. 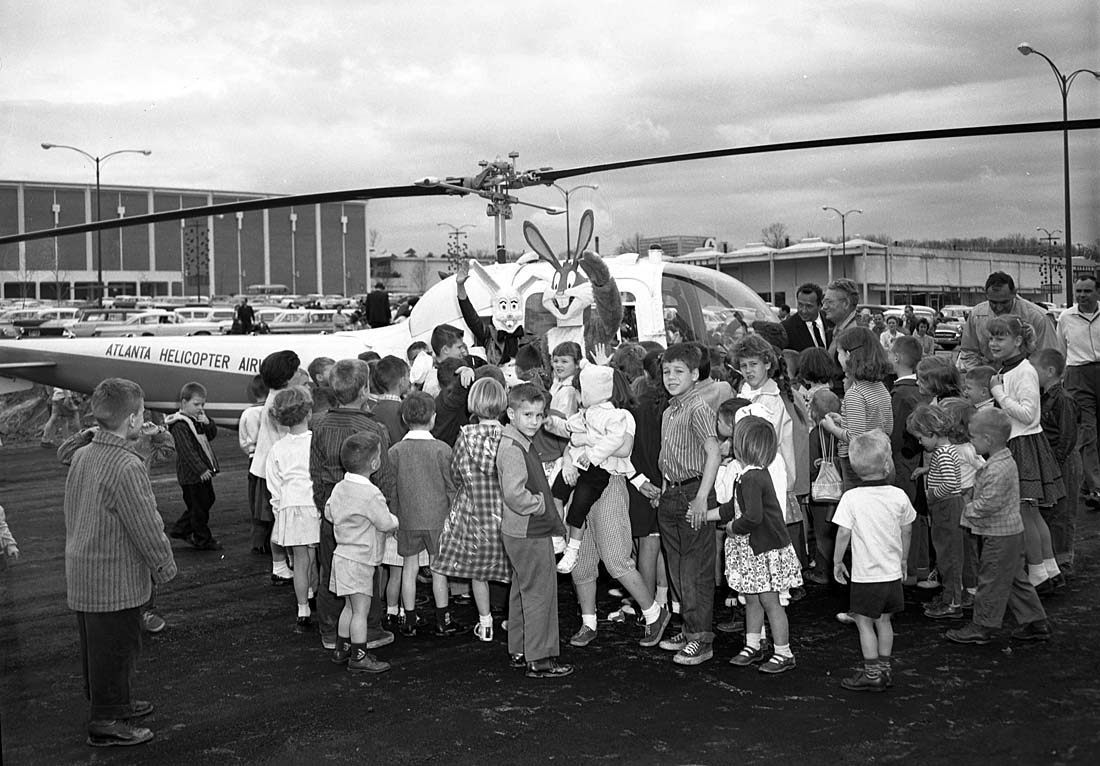 Bugs Bunny and friend wave goodbye as they prepare to depart Lenox Square in this April 1960 photo. The line of pine trees behind them is now the site of the Georgia 400 highway.

According to the Airport-Data.com website, helicopter N6773D (c/n 1796) was built in 1960 and received its airworthiness certificate on January 29 of that year. It is currently registered with Kentucky Wing & Rotor Inc of Wilmington, DE. 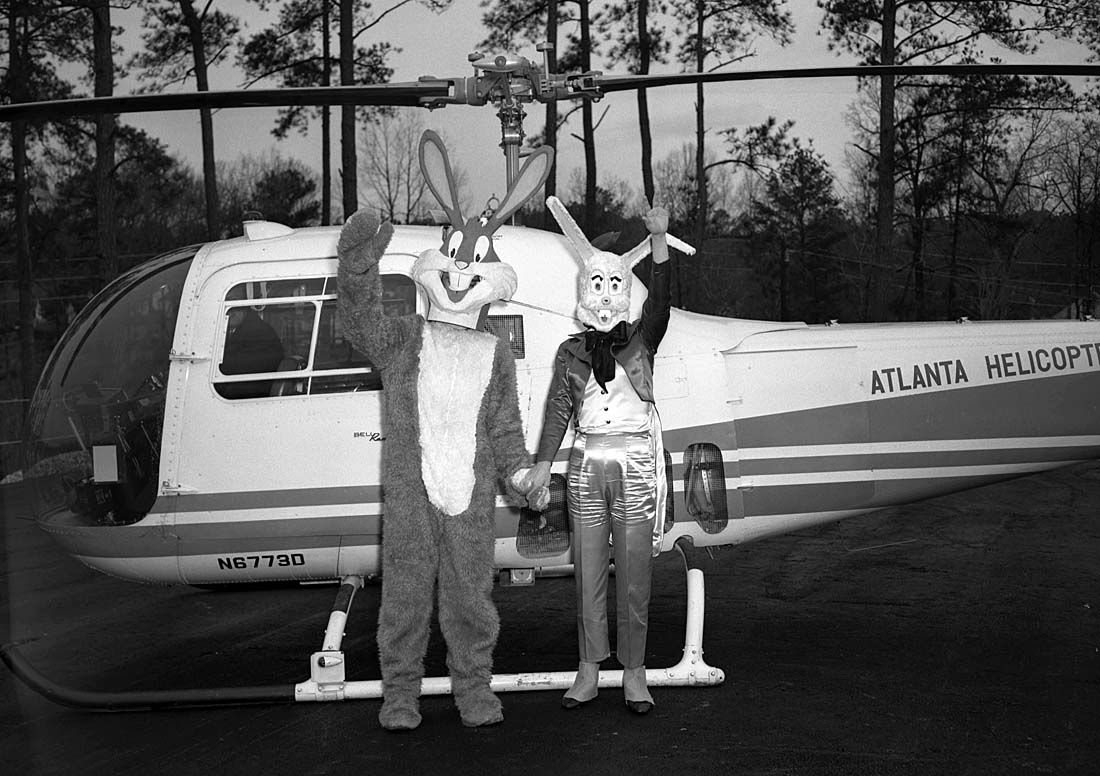 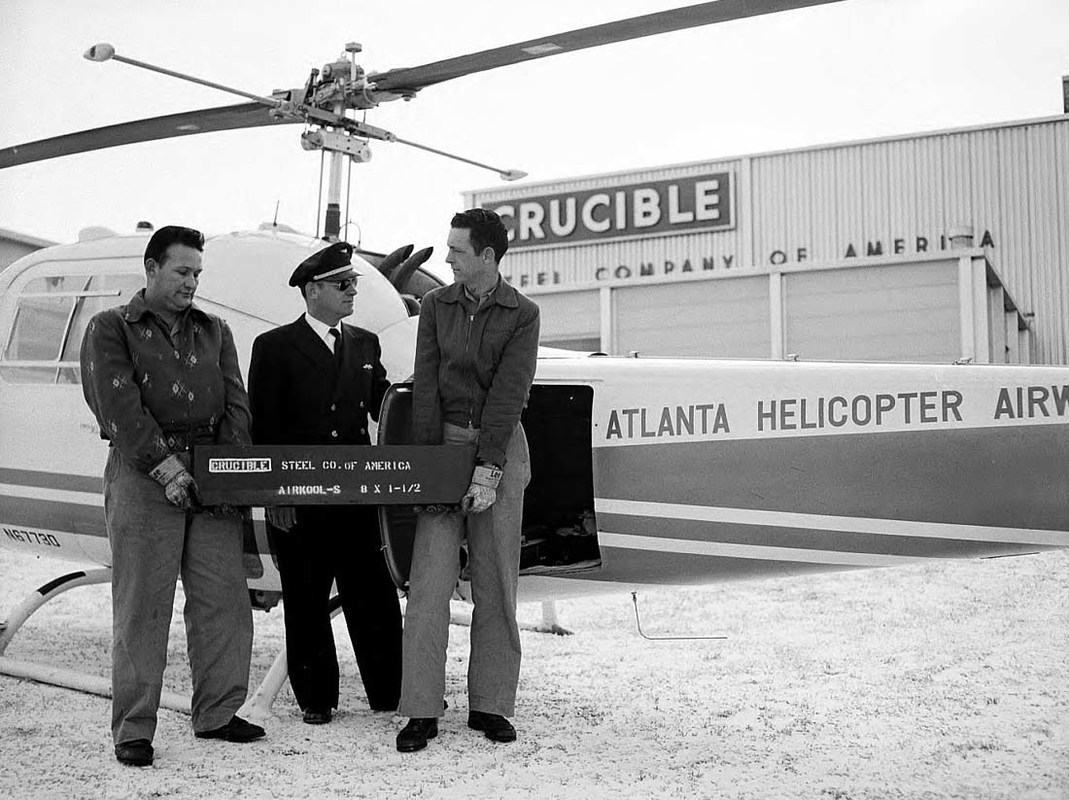 Note: there is no sound!