You can find complete Chalk's timetables HERE.
Chalk's was one the most legendary commuter airlines in America. Billing itself as "The World's Oldest Airline," Chalk's flew seaplanes in south Florida and the Bahamas for over 8 decades. The airline had many different owners after the death of founder Arthur Chalk in 1977, also operating under the names Chalk's International, Chalk's Ocean Airways, and Pan Am Air Bridge. The airline shut down for 11 months following the crash of Grumman Mallard N2969 off of Miami Beach in December 2005. Although Chalk's made a brief return in 2006 flying leased Beechcraft 1900s on routes within Florida, it was finally grounded in September 2007 when the D.O.T. revoked its operating license.
At least a half dozen Chalk's aircraft can be seen in this fantastic circa 1959 photo of the Watson Island base in Miami. Courtesy of Edwin Bayles. 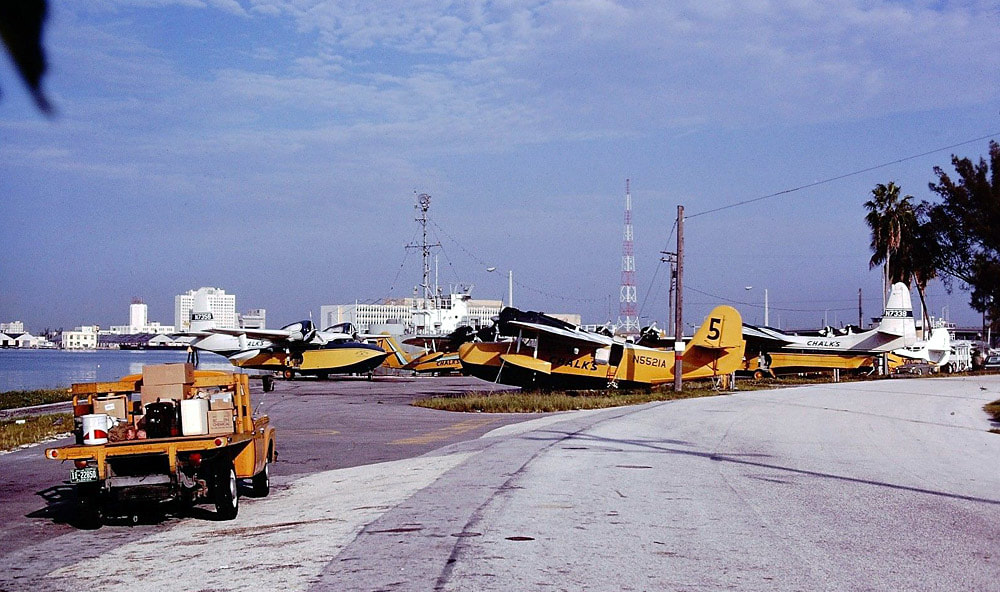 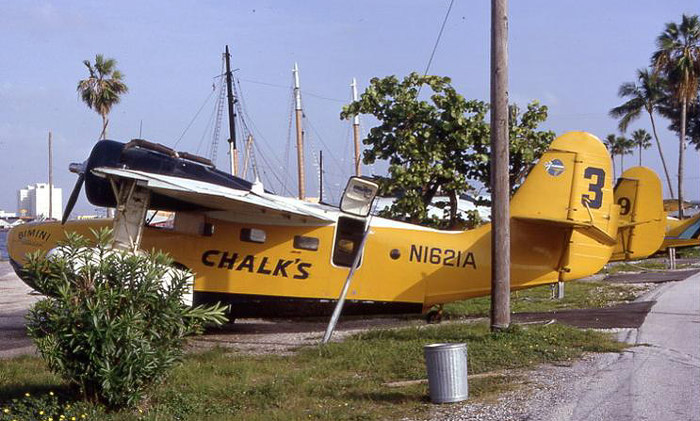 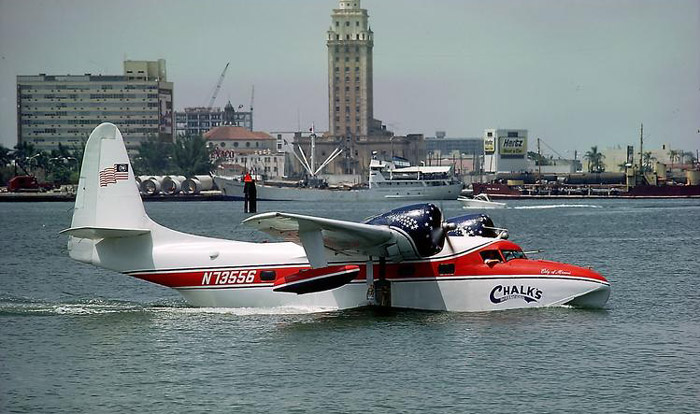 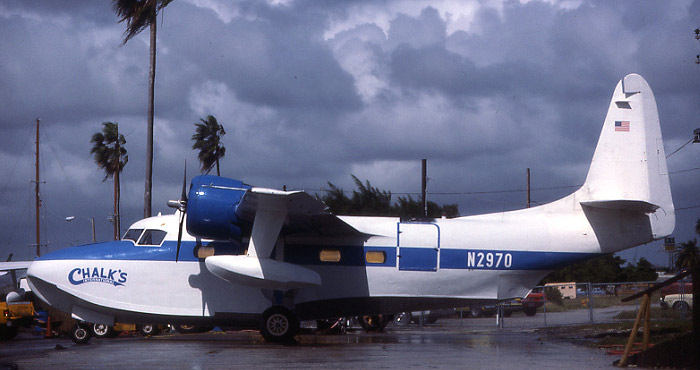 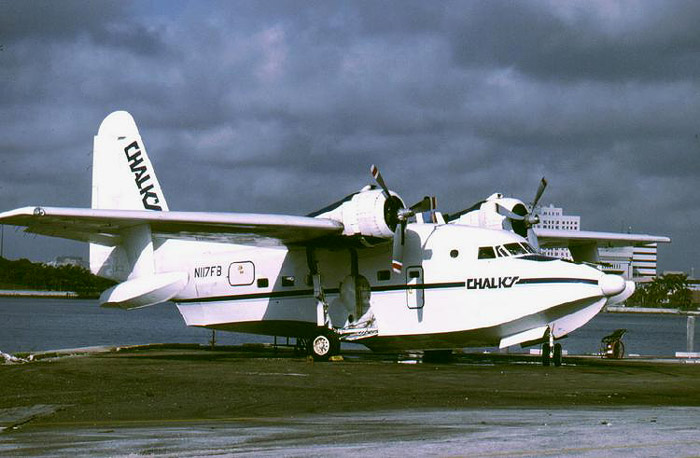 The Mallards were converted to turboprop power during the 1980s. This photo of Turbo Mallard N1208 was taken in 1990. 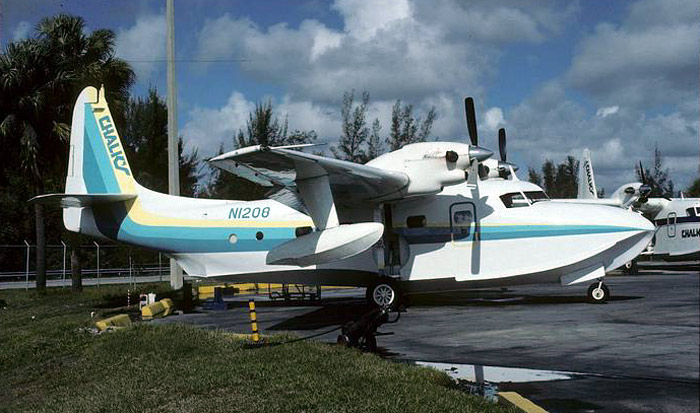 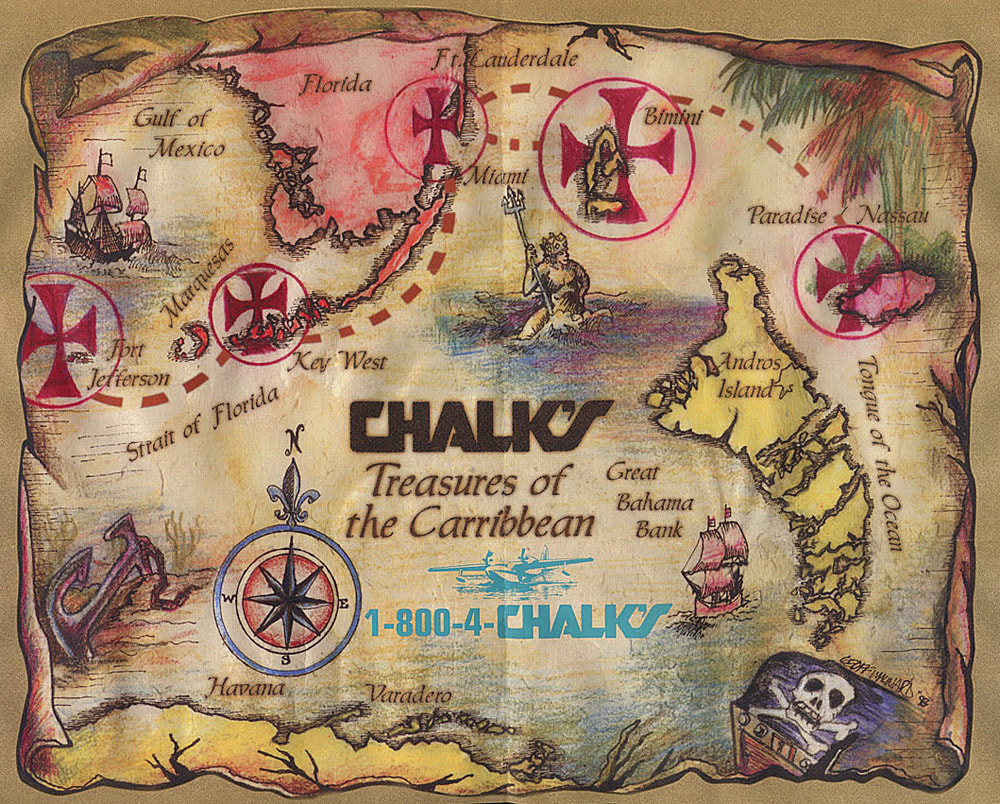 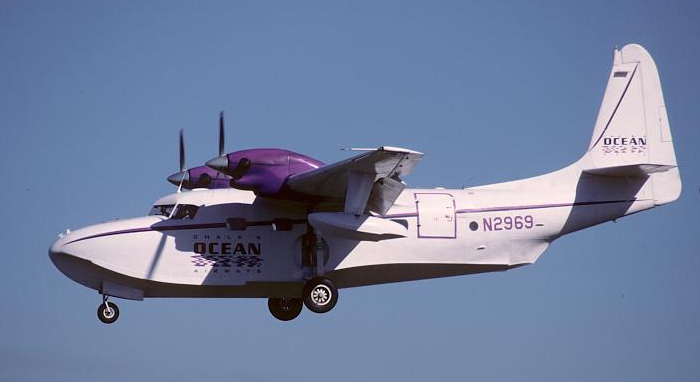 When Chalk's returned in 2006, the Mallards were still grounded and the authority to serve the Bahamas had expired, so the company wet-leased several Beechcraft 1900Ds and operated them on routes within Florida. The D.O.T. revoked Chalk's operating license in September 2007 following an investigation into the crash in Miami. 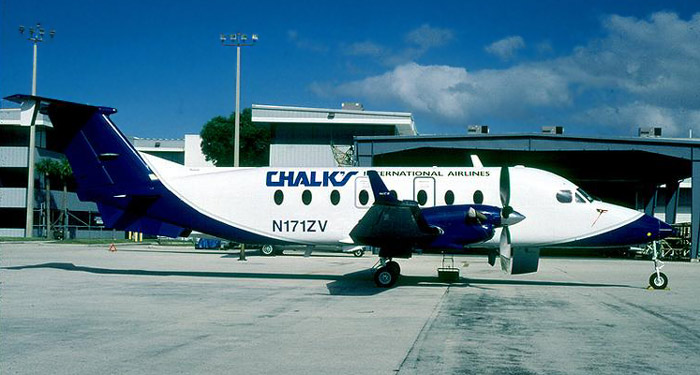 For additional timetable images and information, visit the Chalk's page at Timetable Images.