Also see Dolphin Airways timetables
When Dolphin Airways began flying on December 15, 1981, it was instantly one of the largest commuter carriers in the Sunshine State. It initially served 14 Florida cities plus Savannah, GA and Charleston, SC. During 1983 it served more Florida cities than any other airline. 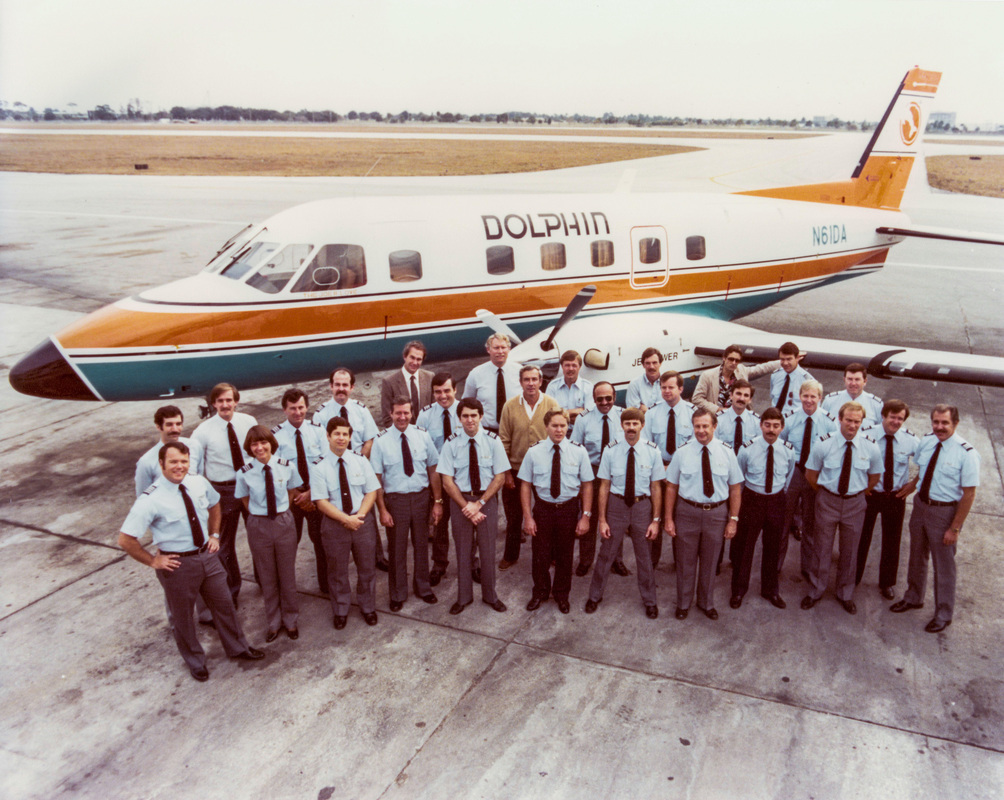 Embraer Bandeirante EMB-110 N57DA in the classic orange and turquoise colors of Dolphin Airways. The "Bandit" was the sole aircraft type operated by Dolphin. 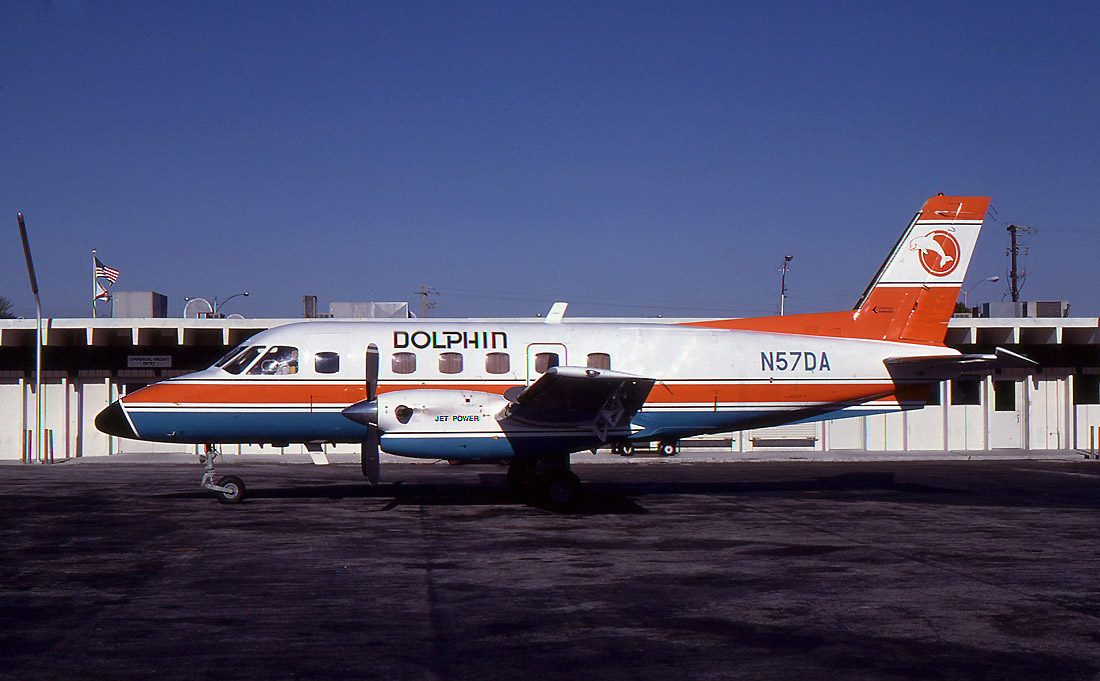 The grand expansion plans announced in 1982 never came to fruition but the company, renamed Dolphin Airlines in early 1983, maintained a sizable route network. This map from the May 1, 1983 timetable shows Dolphin at its peak. The airline began to scale back its route structure in mid 1983. 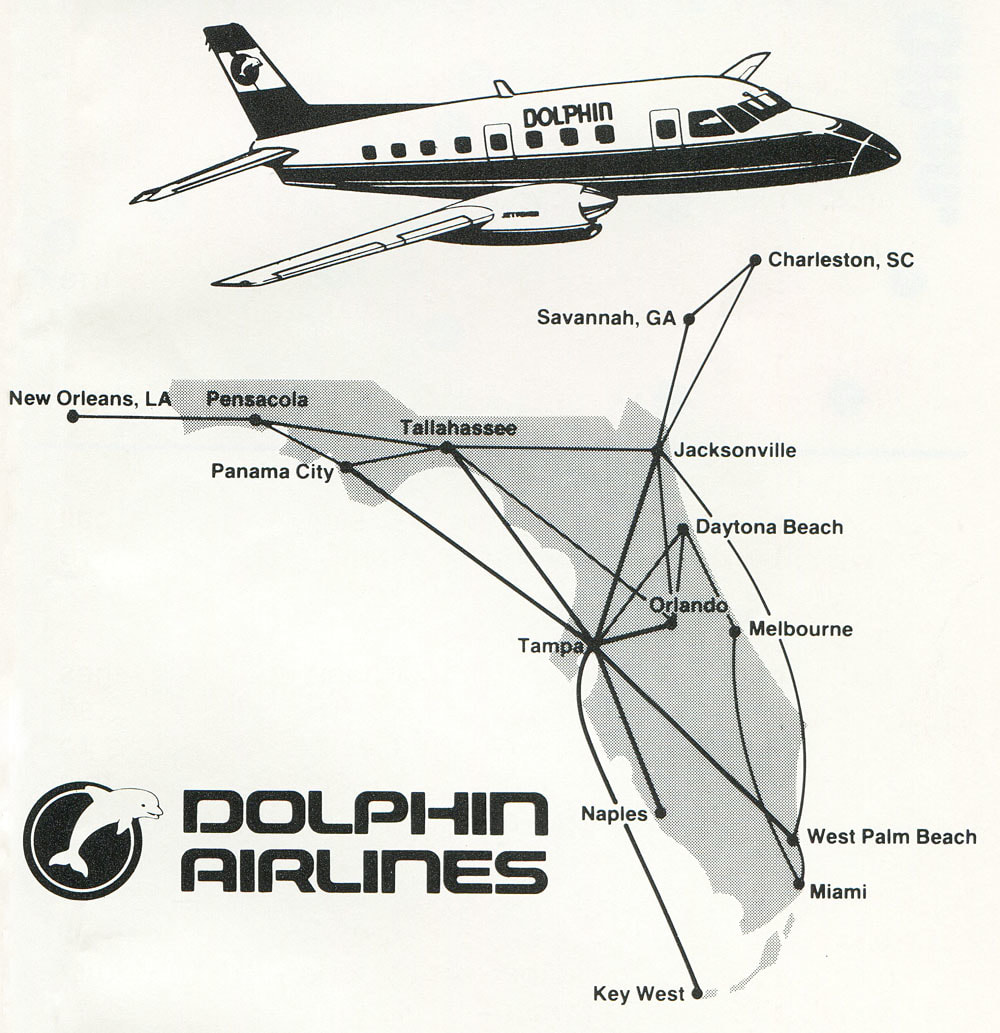 The August 1, 1983 timetable shows a dramatic reduction in service across Florida. Service to Savannah, GA and Charleston, SC had also been discontinued. Flights were briefly operated on a Pensacola - Montgomery,AL - Birmingham, AL route during August 1983 but were terminated by September 1, 1983. Timetable scan courtesy of Arthur Na.

After months of service cutbacks and increasing competition from other Florida-based commuter airlines, Dolphin abruptly ceased operations on January 18, 1984 with many of its assets going to PBA.
RELATED PAGES:
PBA - Provincetown-Boston Airline