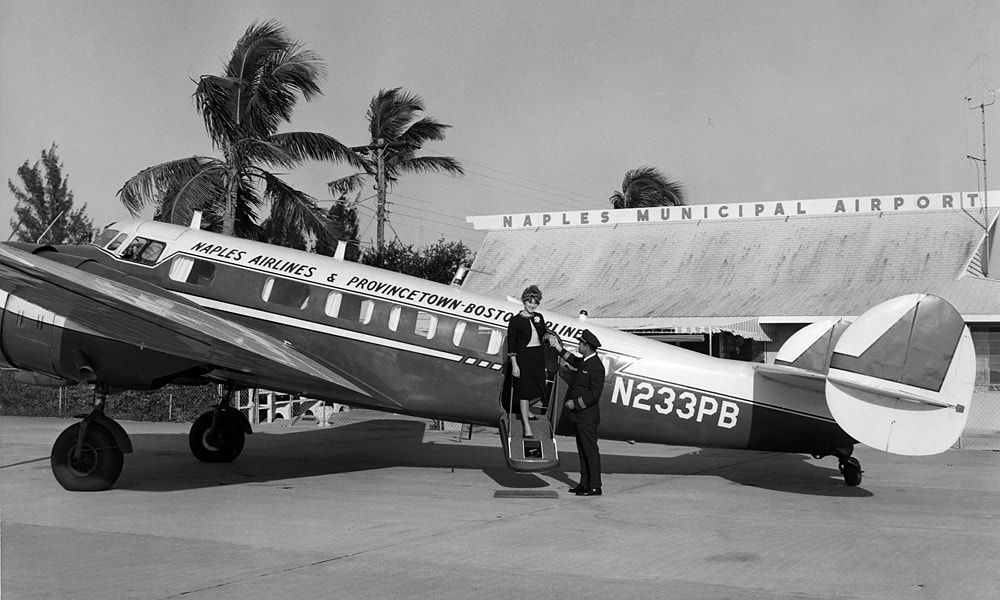 Lockheed Electra in revised color scheme pictured at Miami circa early 1970s. Photo courtesy of Karl A. Innes. Karl was the Miami station manager during 1970-1975. 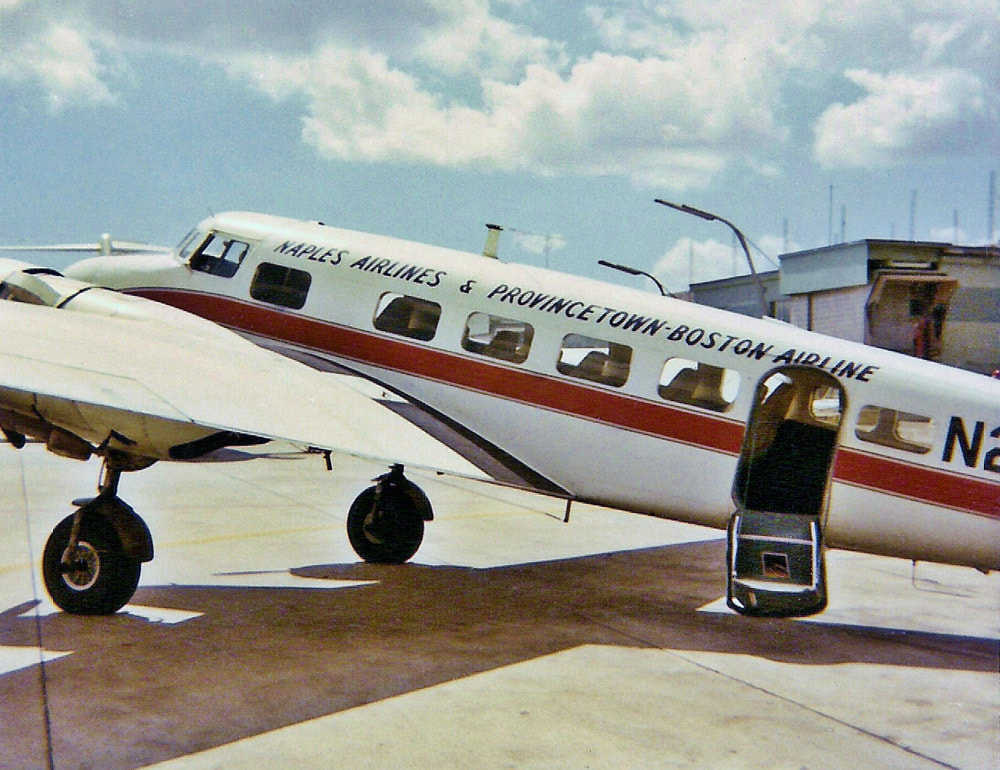 Naples DC-3 N35PB at Miami in February 1971. This aircraft joined the fleet in March 1970 and was previously owned by Braniff and Trans Texas Airways (among others). The landing gear doors and tight engine cowlings, likely installed by Trans Texas during the 1960s, were later removed. Photo courtesy of Karl Innes. 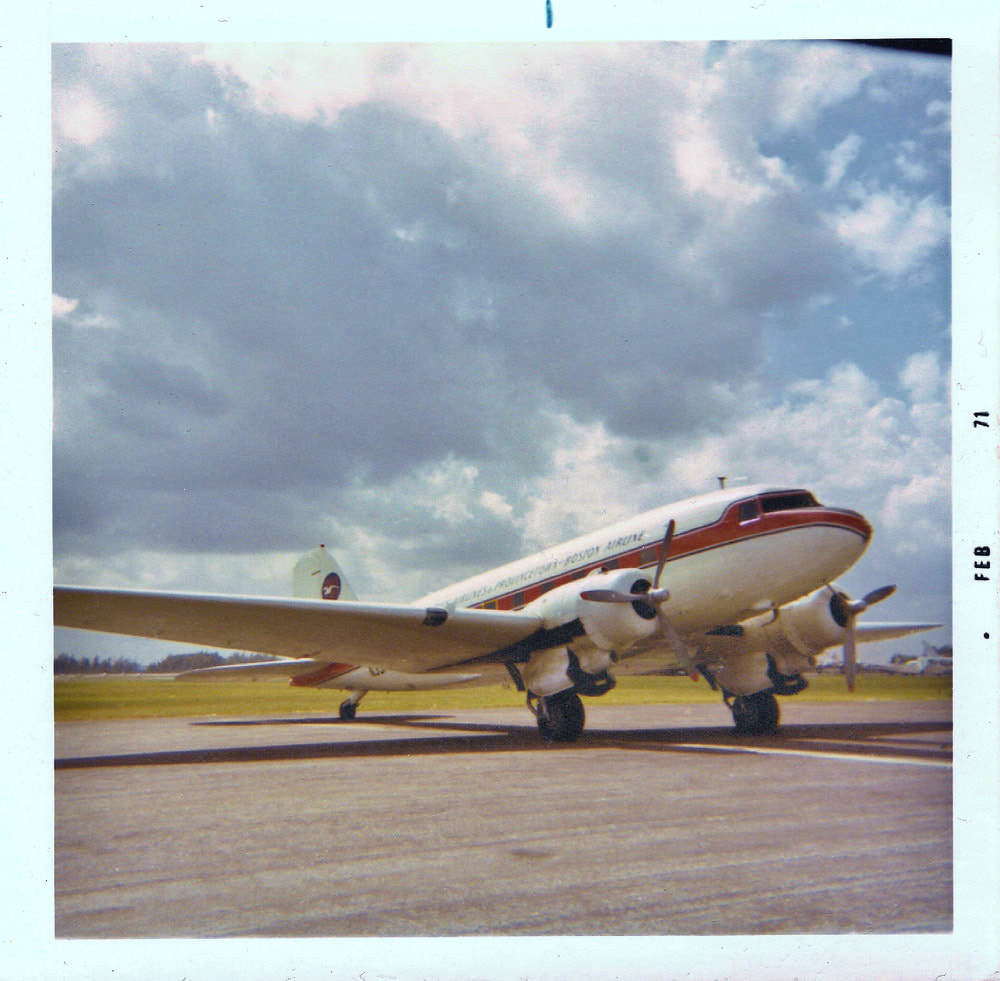 This fantastic air-to-air photo of Douglas DC-3 N130PB on approach to Naples, FL appeared in the July 1978 issue of Flying Magazine. 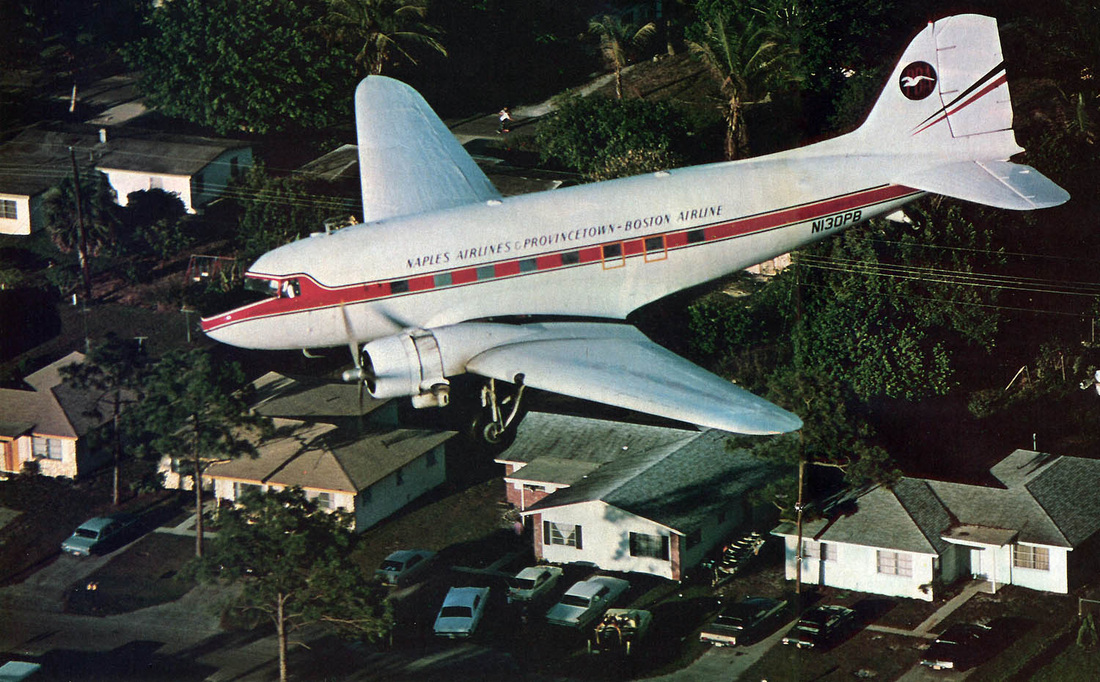 Another great photo from the same Flying article showing a cockpit view of passengers boarding a DC-3 at Naples. 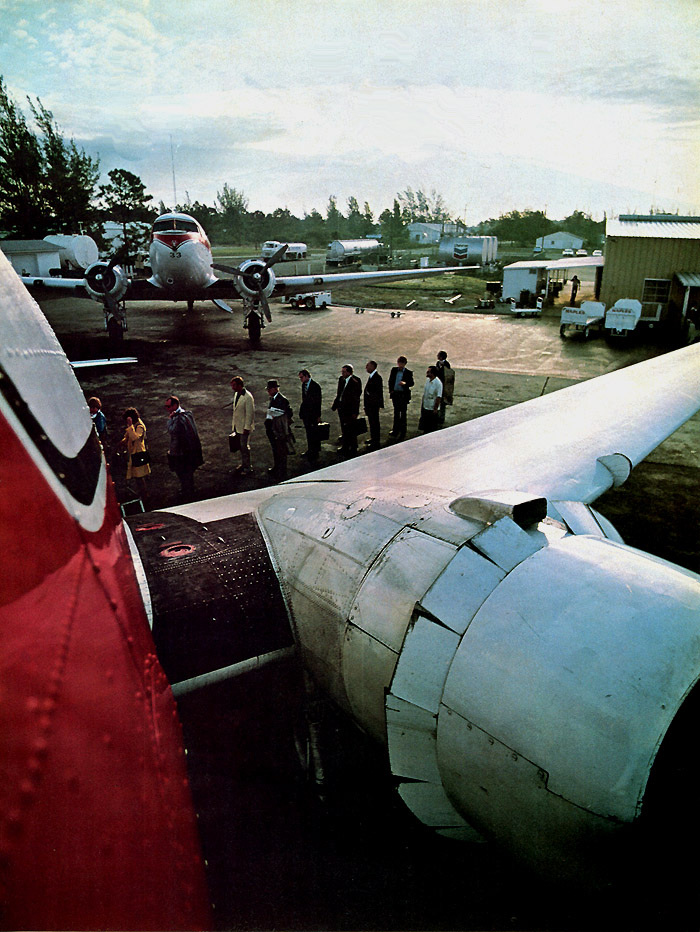 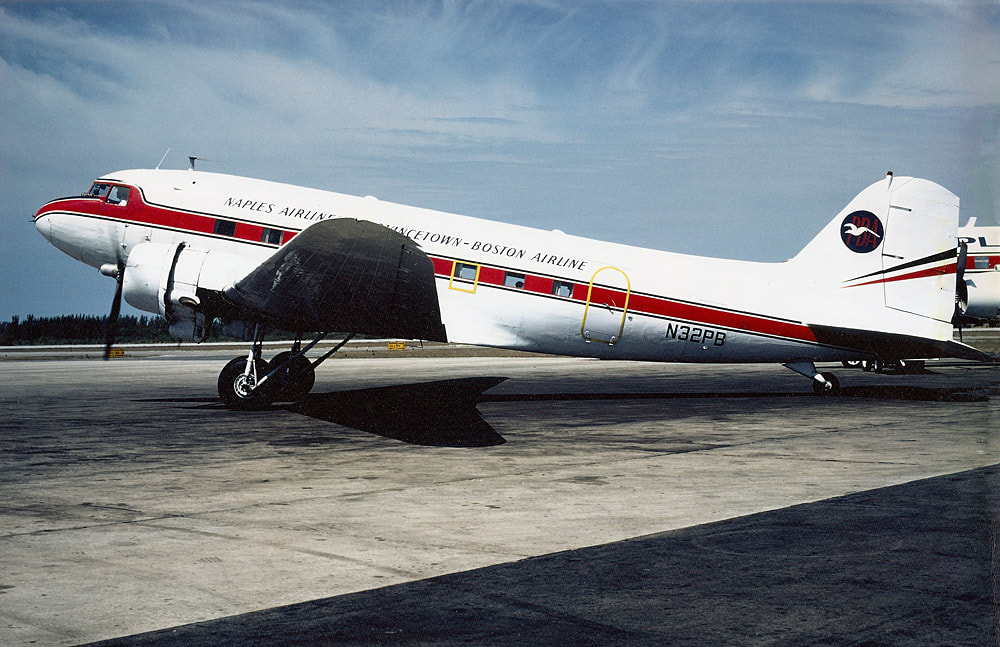 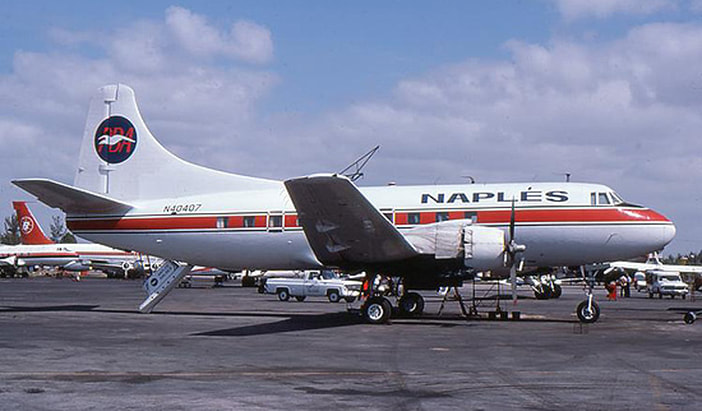 Martin 404 N40407 at Naples in 1979 wearing the updated colors that would become the standard PBA paint scheme. 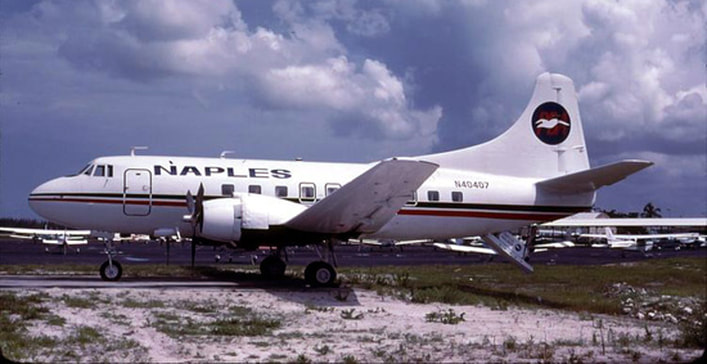 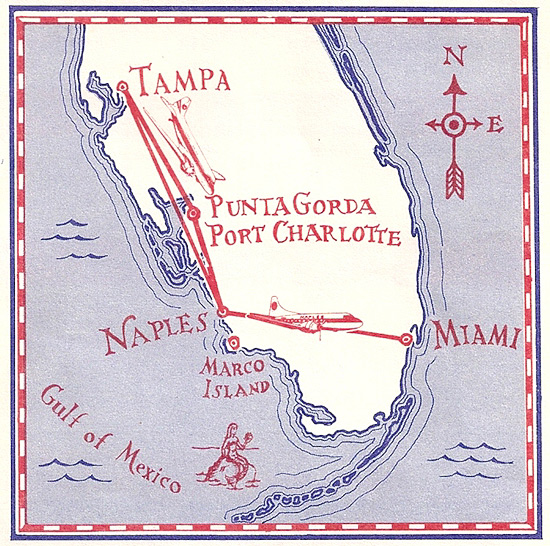 Naples Douglas DC-3 N139PB in the revised PBA color scheme, resting at Naples, Florida in 1979. For a detailed history of this aircraft, which is now flying from Peachtree City, GA south of Atlanta, CLICK HERE. 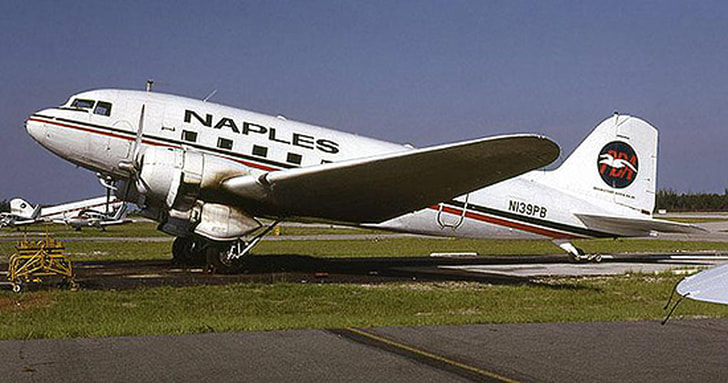 On January 1, 1980 both the  Naples Airlines and Provincetown-Boston divisions became known simply as PBA.