Photos courtesy of Nancy Zeglin, taken in May 1984.
I was very happy to win a large collection of 1980s-vintage PBA Flyer newsletters on Ebay in the Spring of 2011. The PBA Flyer was published quarterly by Provincetown Boston Airline and detailed the operations of the company including news about the latest routes and destinations, aircraft acquisitions, traffic statistics, station news as well as employee profiles. One particularly interesting article in the Summer 1984 issue detailed the ferry flights 4 YS-11s (3 ex-Pyramid Airlines and 1 ex-Gabon Air Force) from Malta to Miami in May '84. A related article profiled one of the YS-11 pilots, Captain Nancy Zeglin. (The articles can be found at the bottom of this page.)

Much to my shock, a few days after reading these articles, I received an email from Nancy! While I had been looking through the old PBA newsletters, she had simultaneously discovered my website and offered to send several photos of the ferry flight. I still can't believe the timing of this coincidence.

(The photo above) shows 3 of the 4 YS-11s on the ramp in Malta. I flew as F/O in N219P. The other three were N187P, N159P and N924. They all got new N numbers for PBA. The P probably stood for Pyramid Airlines, but it worked just as well for PBA. We departed on May 26, 1984 from Malta to Ciampino, Italy. Over the next five days, we stopped at Zurich, Switzerland - Southend, England - Stornoway, Scotland - Reykjavik, Iceland - Sondre Stromfjord, Greenland - Frobisher Bay, NWT - Septile, Canada - Bangor, ME - Salisbury, MD - Jacksonville, FL, and finally landed in Miami on May 31. 33.4 hours total."

(Below) N219P (msn 2109) made its first flight on June 18, 1969 and was delivered to Piedmont Airlines as "Garden State Pacemaker" on October 1st. Pyramid Airlines owned the aircraft from 1982 until it was purchased by PBA in early 1984. 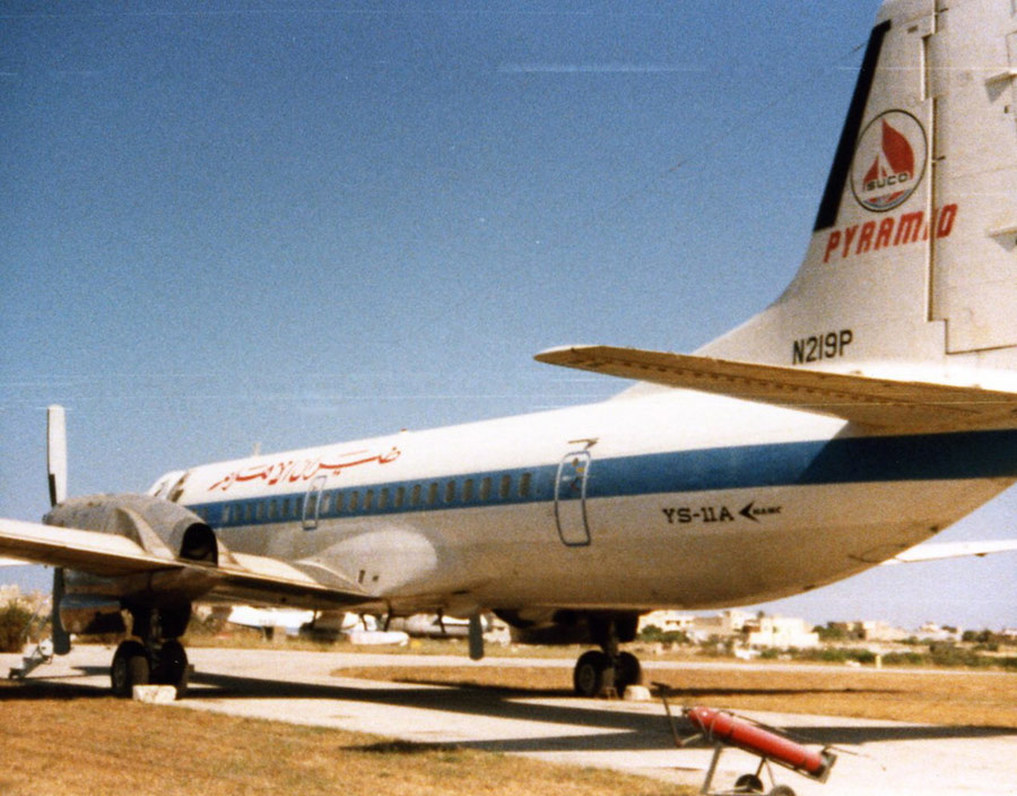 N159P (msn 2057) first flew on January 31, 1968 and joined the Piedmont fleet as "York River Pacemaker" on August 19, 1968. Pyramid leased the aircraft in 1977 and purchased it a year later. These aircraft are pictured at Malta shortly before the long ferry flight across Europe and the north Atlantic. 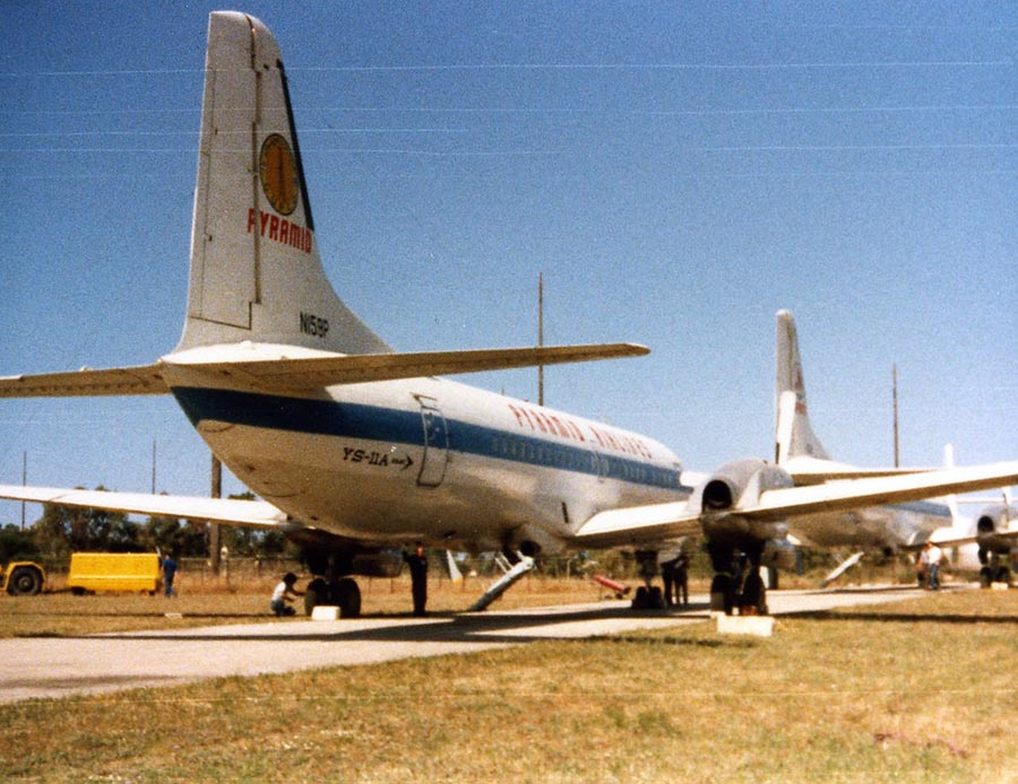 N219P at Malta in May 1984. The Pyramid paint scheme was virtually unchanged from that of the previous owner Piedmont.

Nancy Zeglin poses with N924 (msn 2129) in Greenland. Despite the color scheme, this aircraft was never operated by Piedmont. It had previously flown with the Gabonaise Air Force, registered as TR-KIA. 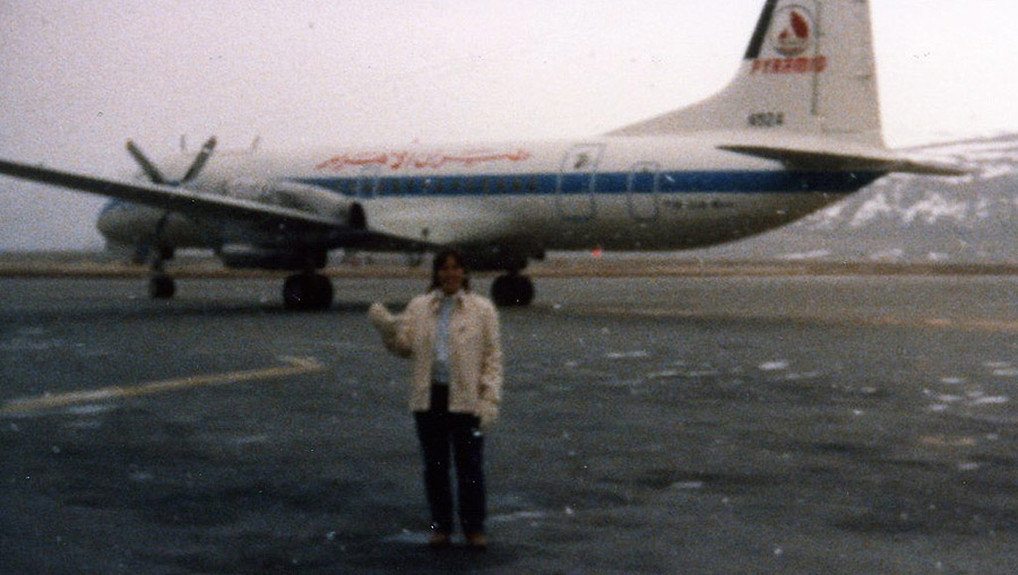 PBA pilot Tom Ashby (he died in the E-110 accident in JAX) on the right, and Larry from Pyramid Airlines on the left. Salisbury, MD. 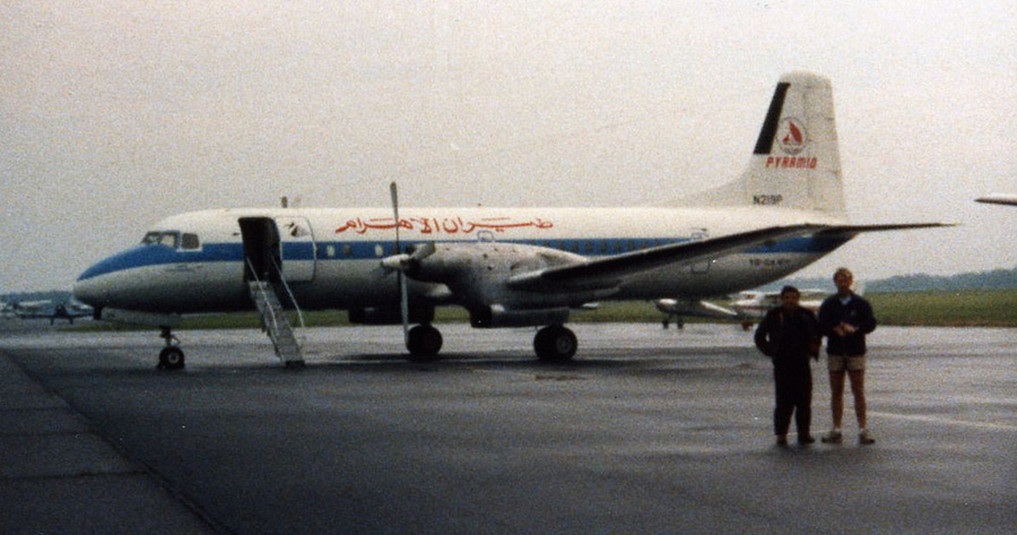 Thanks again to Nancy Zeglin for the great photos and information! Here's the aforementioned article from the Summer 1984 issue of the PBA Flyer. 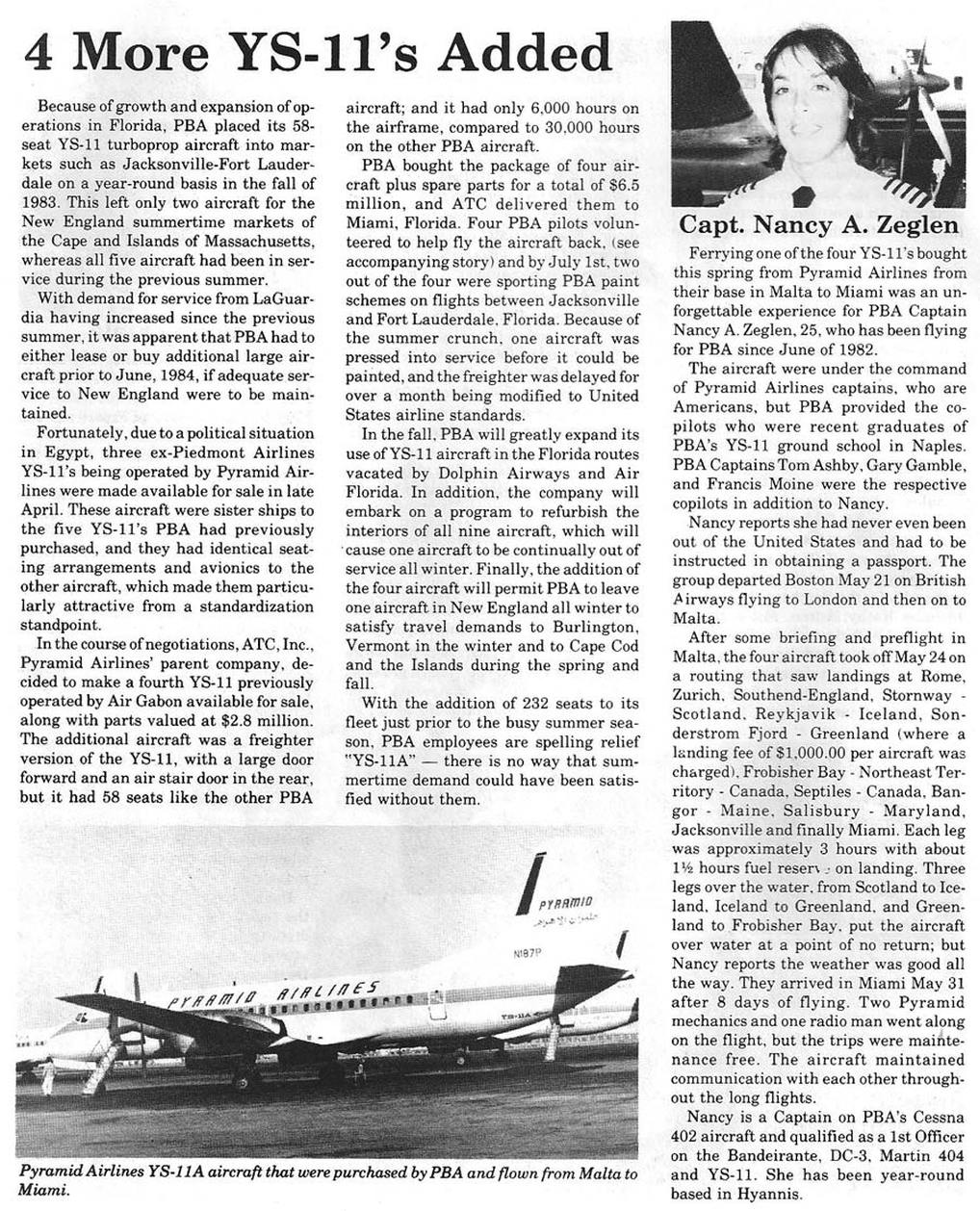