South Central Airlines began scheduled operations in May 1963 with Piper Aztecs from a base at Winston-Salem, North Carolina. Initial plans were to serve up to 50 small and medium size cities across the Carolinas, Virginia and Georgia. This ticket jacket, courtesy of David H. Stringer, shows 33 destinations across 4 states.

The front of ticket jacket has an illustration of one of the airline's 4-passenger Piper Aztecs. Courtesy of David H. Stringer.

South Central moved its base from Winston-Salem to Ocala, FL in November 1963 when it purchased Central Aviation Service FBO and took over the operation of Ocala Airport. Beech 18s were added to the fleet and the route network was shifted south to focus primarily on smaller communities across the Florida peninsula. Beech 18 (D18S) N169L is pictured in the full South Central Airlines livery. Photo courtesy of David H. Stringer. 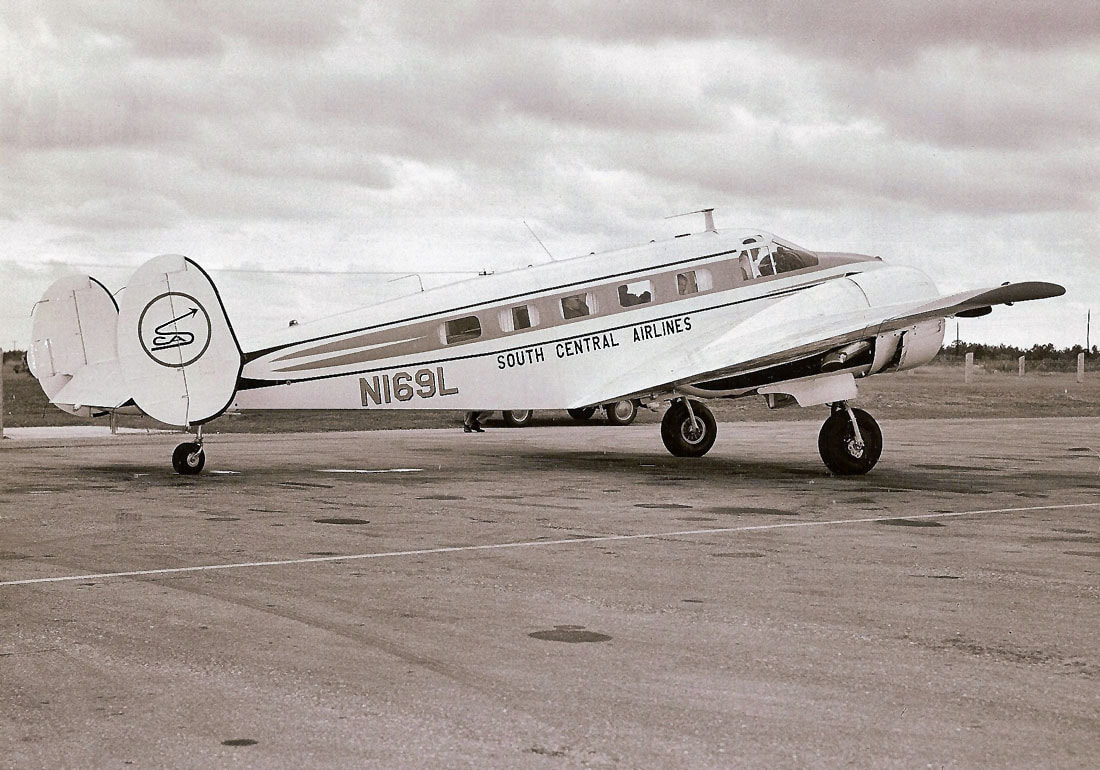 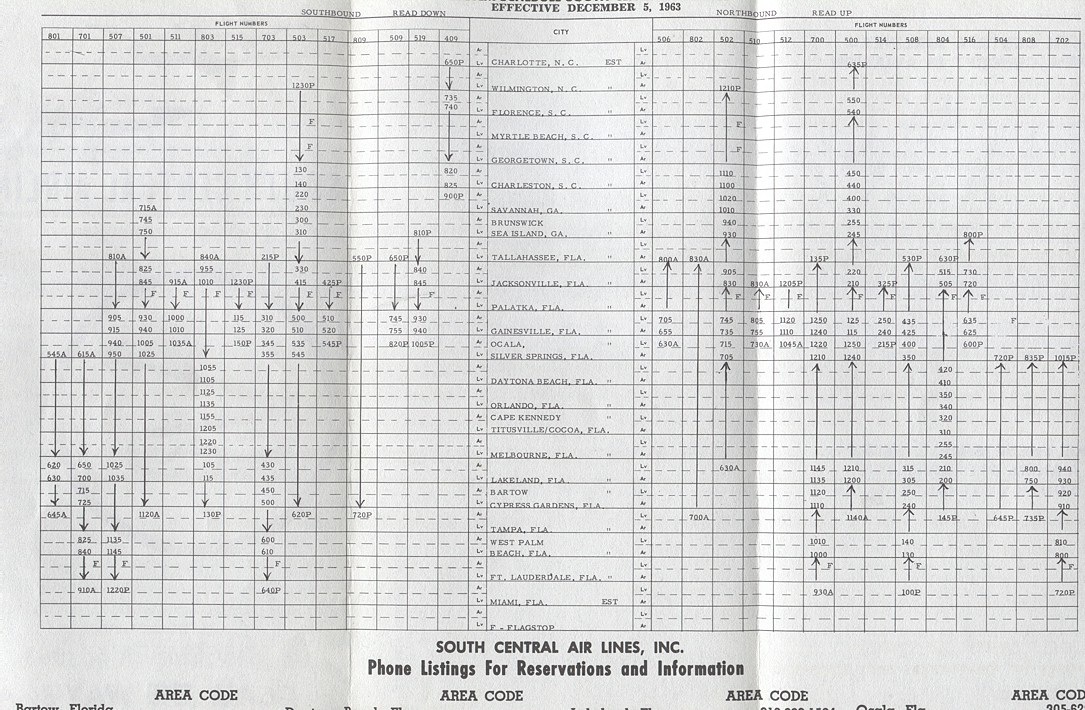 Back of South Central Airlines timetable effective December 5, 1963 with destination map. Many of the cities shown here were not served by the airline at the time. Courtesy of Craig Morris.

Here's a route map based on the December 5, 1963 timetable (including all flag stops). Created with Great Circle Mapper. 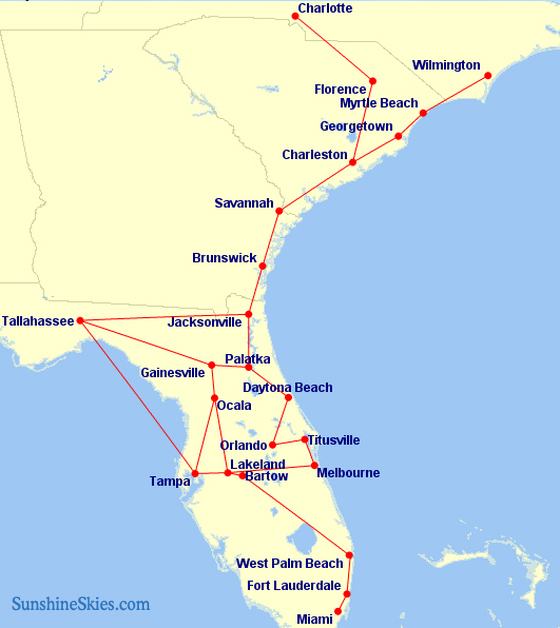 The success of South Central was doomed by a fatal accident at Gainesville, FL.  On the morning of February 3, 1964, South Central Airlines flight 510 crashed during takeoff from runway 6 at Gainesville Municipal Airport killing all nine passengers and the pilot. The aircraft, N2999, a Beech D18S, was destroyed by the impact and resulting fire. The subsequent investigation revealed the airplane had been overloaded, was excessively tail heavy, and the flaps had been set in the full position, resulting in a stall at less than 200 feet above the ground. South Central was never able to regain the public's confidence after the crash and all operations ceased on July 1, 1964.

A detailed analysis of the South Central Beech 18 crash can be found HERE.