Stat Airlines route map based on the above April 1, 1982 timetable. Created with Great Circle Mapper.

Advertisement from the June 2, 1982 edition of the Fort Myers News-Press announcing new flights between Tallahassee and Fort Myers. 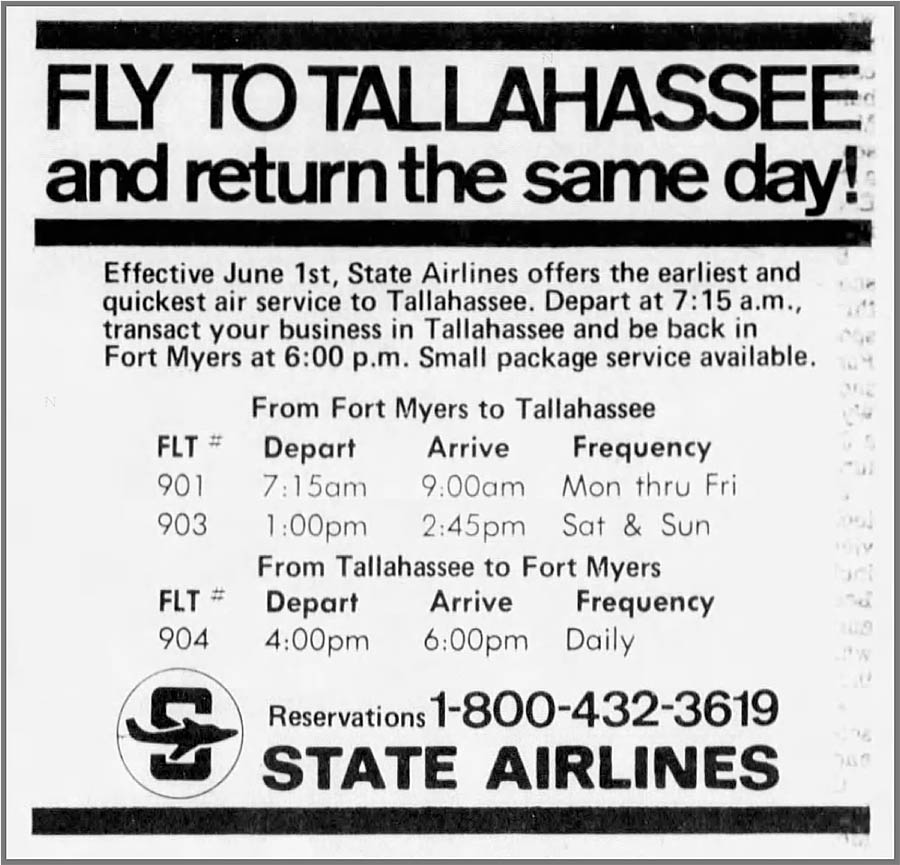