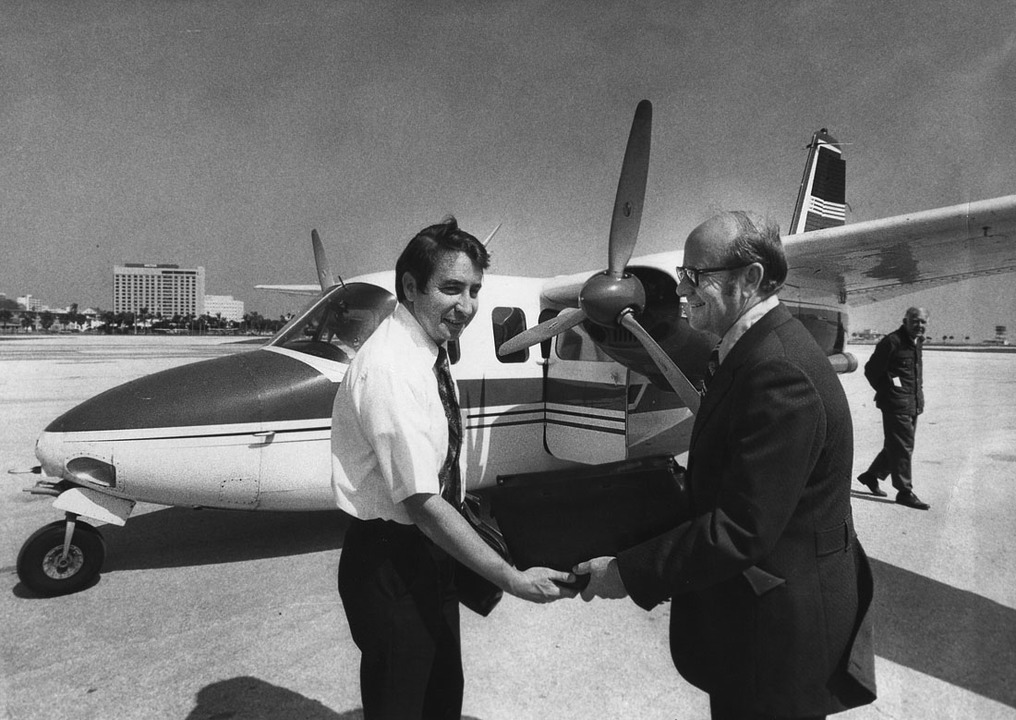 Sun Airlines started regular passenger service to Albert Whitted airport in downtown St. Petersburg in February 1973. Robert Gray (left), pilot and sales director for Sun Airlines welcomes passenger Irwin Miller in front of an Aero Commander used on the flights.
Many commuter airlines in Florida in the 1970s set their sights on serving as many major cities in the state as possible with the largest aircraft the CAB would allow (Shawnee, Florida Airlines), while others focused on their namesake market monopolies (Naples Airlines, Marco Island Airways). Tampa-based Sun Airlines ignored both trends and spent much of the decade quietly serving underutilized airports with a fleet of Cessna 402s, and later, Beech Queen Air 80s, Piper Senecas and Aero Commanders. The airline was one of the few to have ever served St. Petersburg's Albert Whitted downtown airport (SPG), using it as an intermediate stop along the unusual Lakeland – St. Petersburg – Tallahassee route. By late 1976 the service had been dropped, leaving only the proven Tallahassee – Tampa – Sarasota run. Sun Airlines ceased operations in December 1977, when they were shut down by the Public Service Commission for failing to operate flights as scheduled, sometimes for days at a time.
Sun Airlines timetable effective January 1, 1972 showing service to Lakeland, Miami, Tampa, Tallahassee and West Palm Beach, FL. The route map also shows discontinued routes to Gainesville and Jacksonville. Timetable donated by William Moriaty. 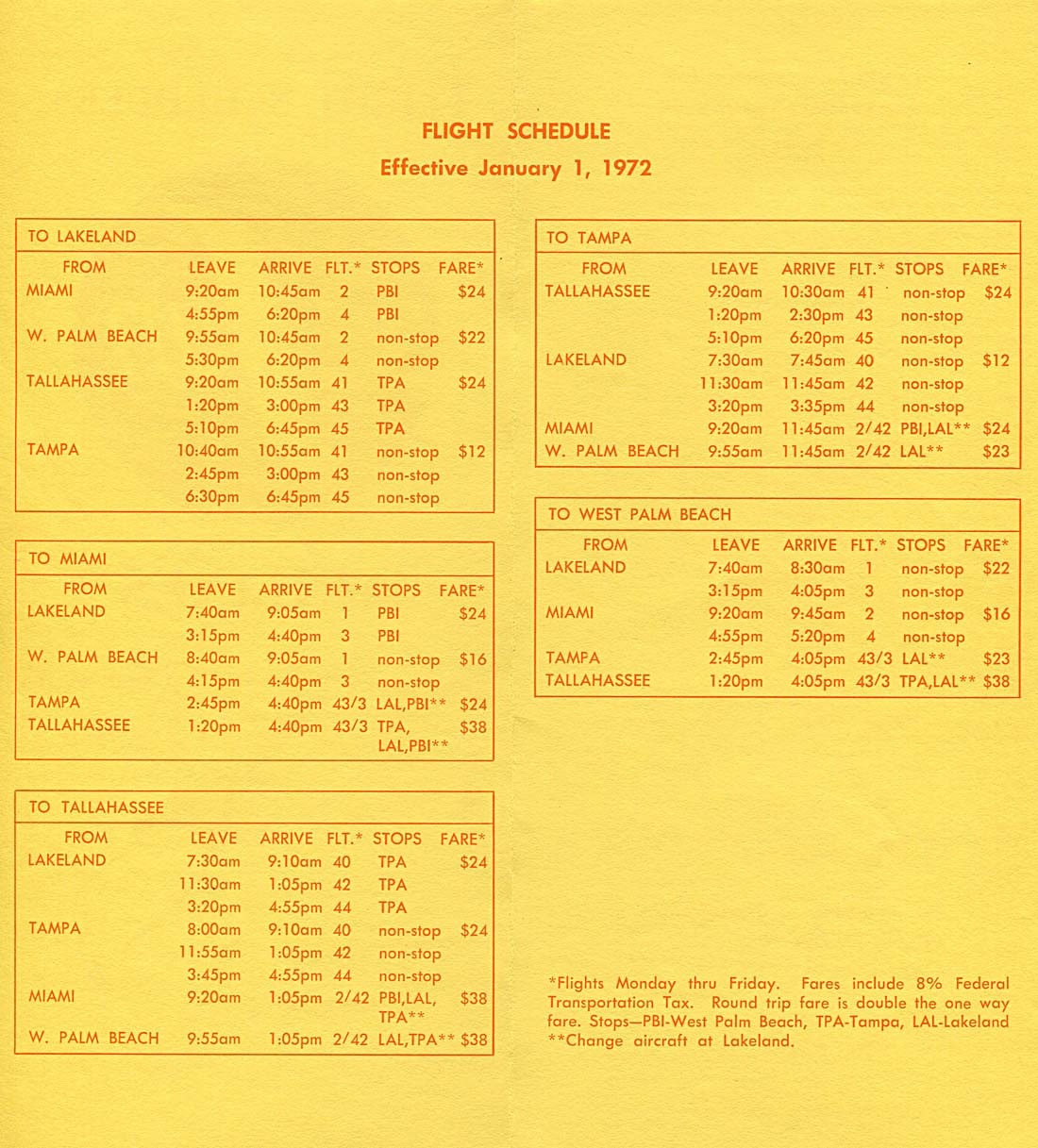 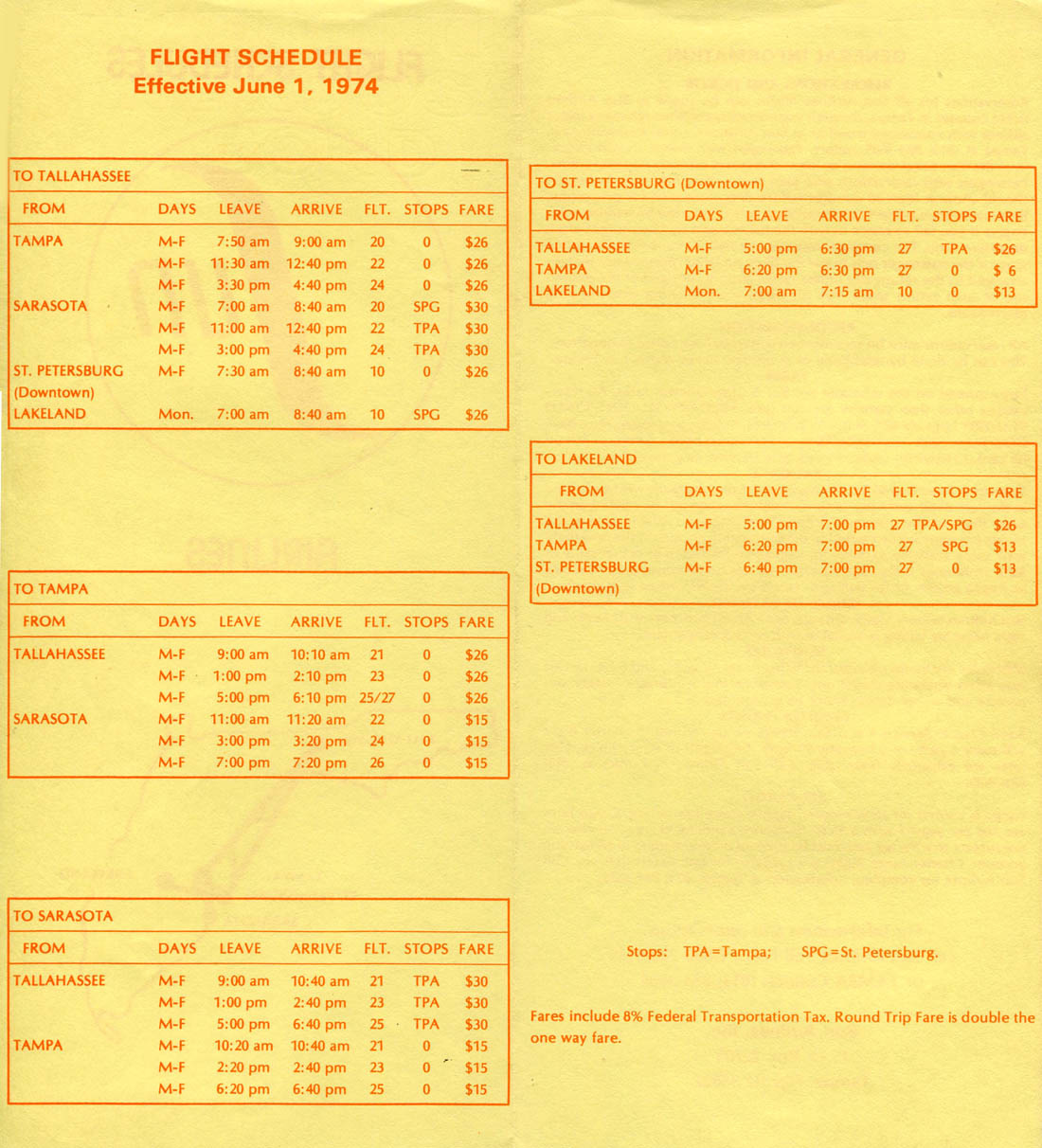