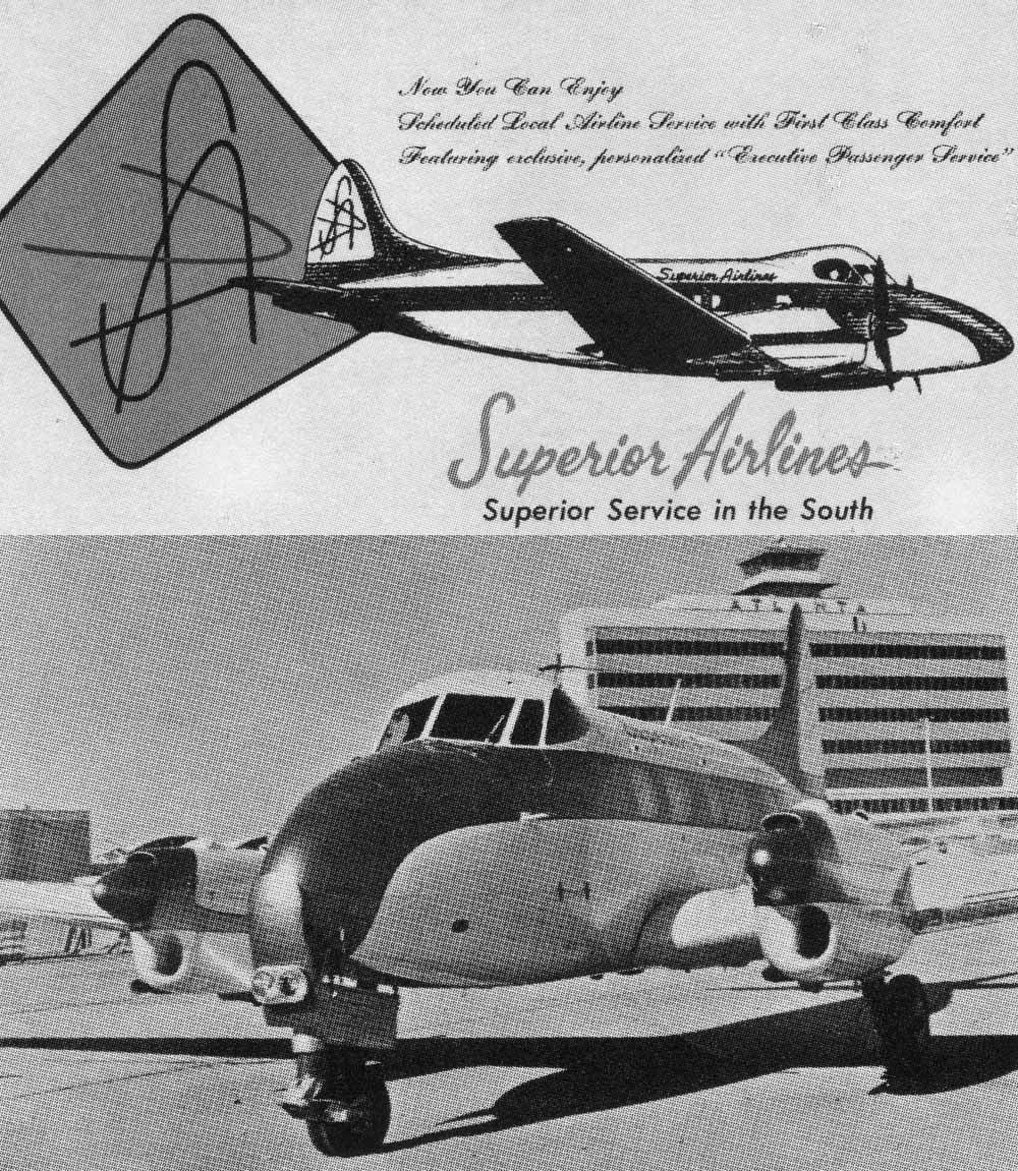 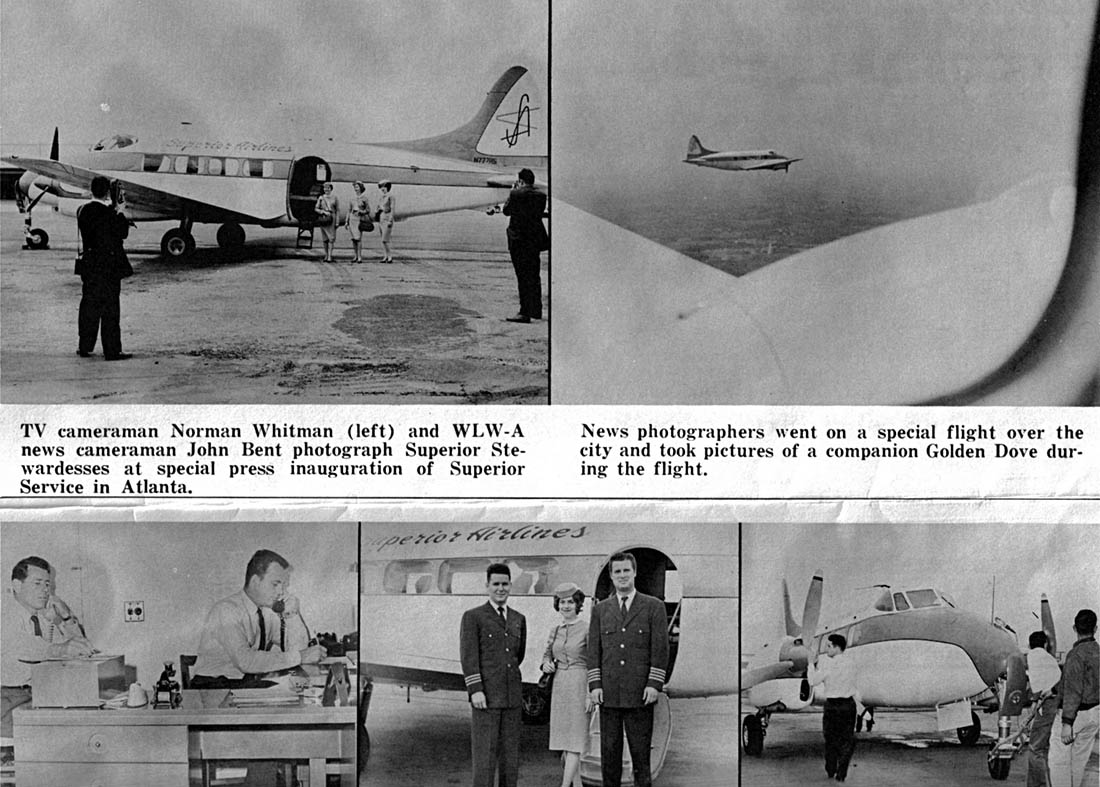 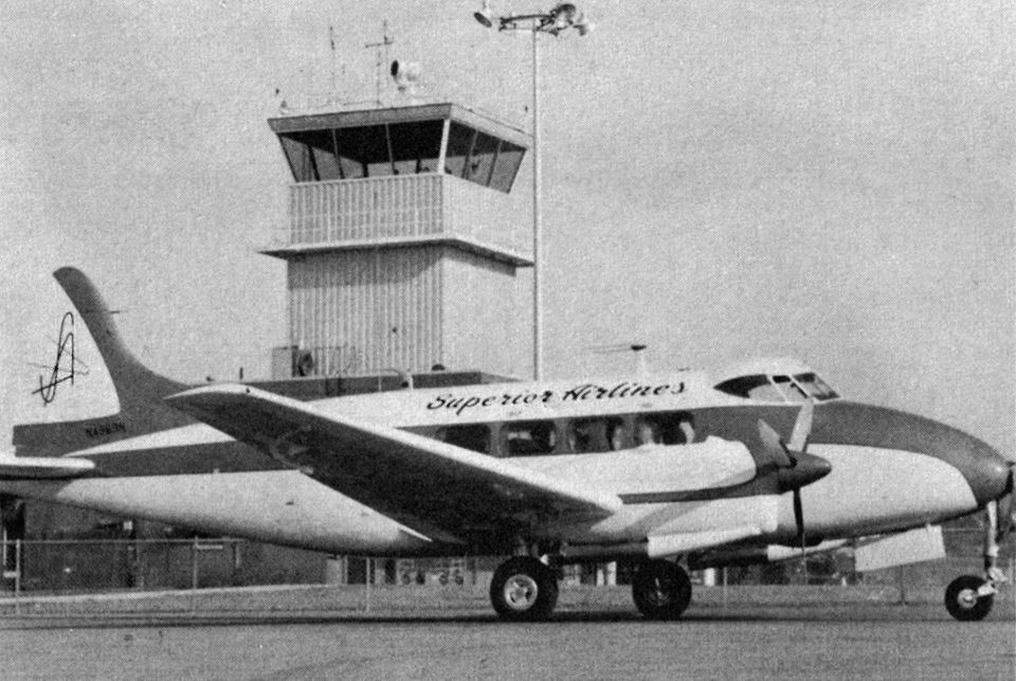 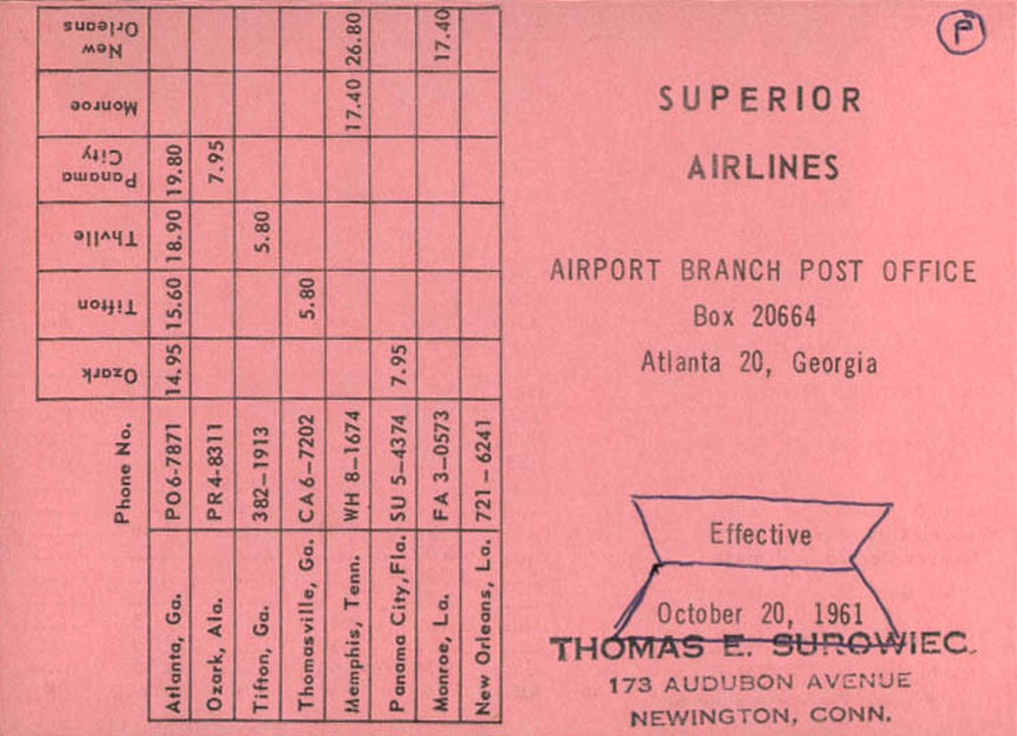 The flip side of the timetable shows the actual flight schedules. The route between Atlanta and Memphis had been dropped by this time and new service had commenced at Tifton and Thomasville, GA, Ozark, AL (an alternate to Dothan, which was served by Southern), and Panama City, FL. 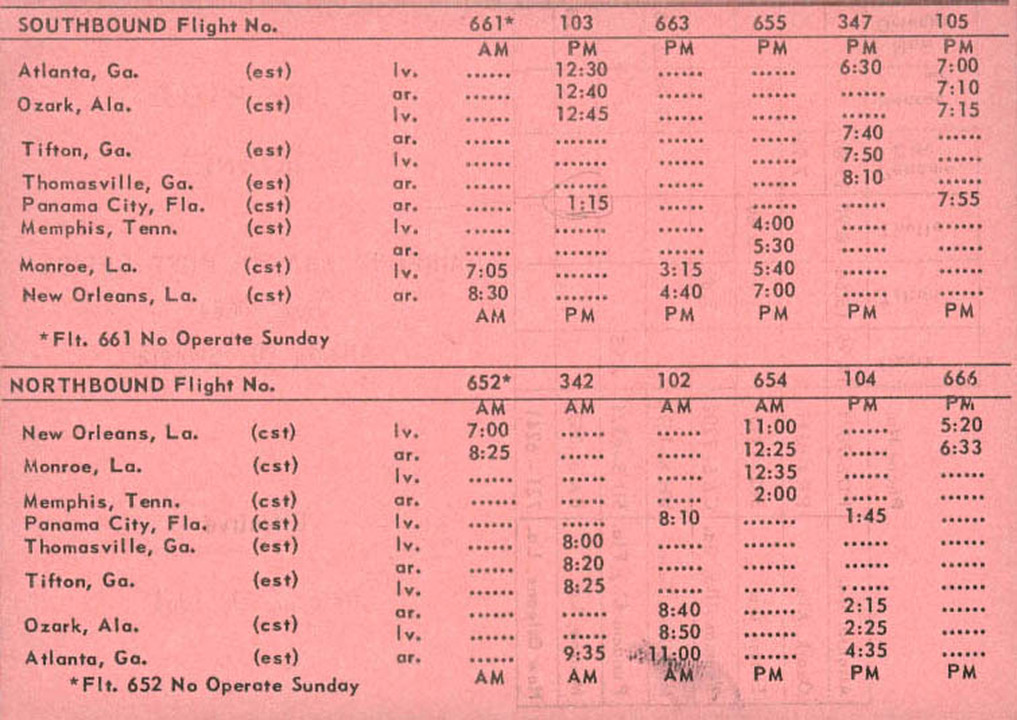 Despite ambitious plans to expand into numerous Southern Airways markets, Superior Airlines was short-lived and by early 1963 the pilot group had sold its interest to Trans Air of New Orleans and to the Parker Oil Company. 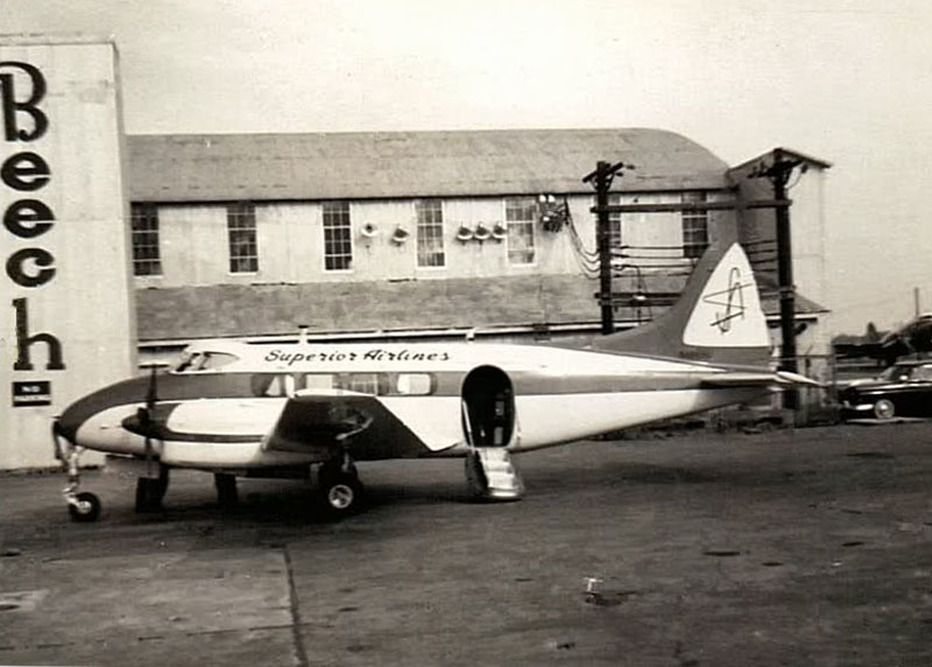 If you have any additional photos or information about Superior Airlines, please contact me!