RELATED PAGES: Over a dozen complete ASA timetables from 1979-1984
ASA began service on June 27, 1979 with a single route between Atlanta and Columbus, GA. The airline quickly became the largest commuter airline in Atlanta and one of the largest regional airlines in the world. ASA absorbed Southeastern Airlines on April 1, 1983 and became a Delta Connection carrier in 1984. Here is a look at the aircraft and routes the airline flew before the introduction of the Regional Jets in 1997.

ASA began service in 1979 using de Havilland DHC-6 Twin Otters. N125SA is pictured at the end of concourse D at the old Atlanta terminal in 1980. The nose of a Northwest Orient DC-10 can be seen at left. 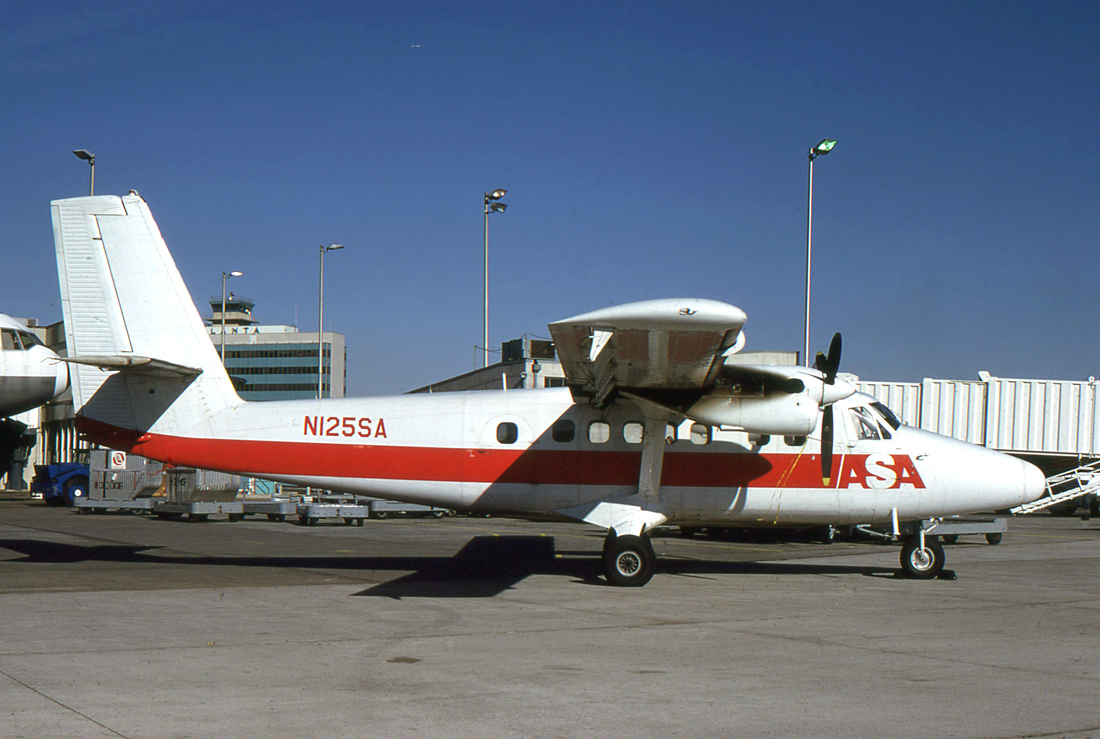 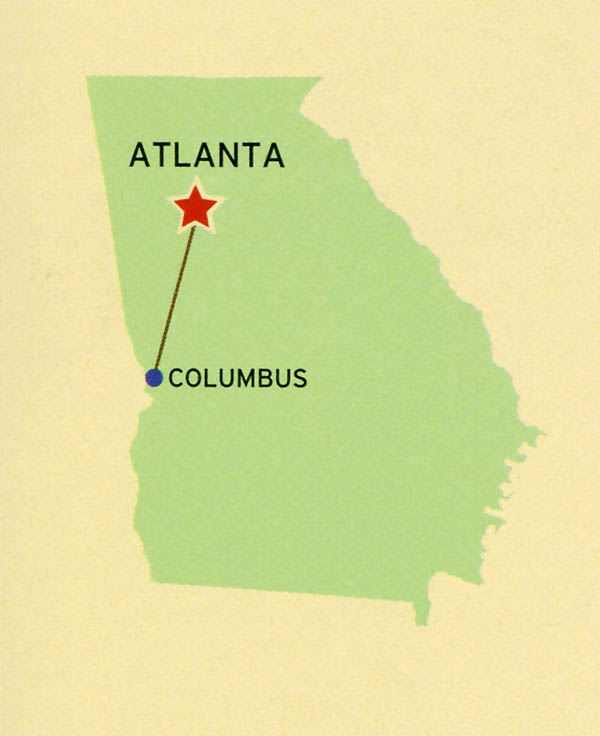 This diagram clearly illustrates the reason for ASA's early success: the airline only needed to fill 8 seats on a Twin Otter to break even. The other 11 seats were pure profit. This and the route map above appeared in the book "Silver and Soaring: Celebrating ASA's 25 Years" by Colleen Birch Maile.

The Embraer EMB-110 Bandeirante was added to the fleet in 1981 and became ASA's primary aircraft type during the early 80s. 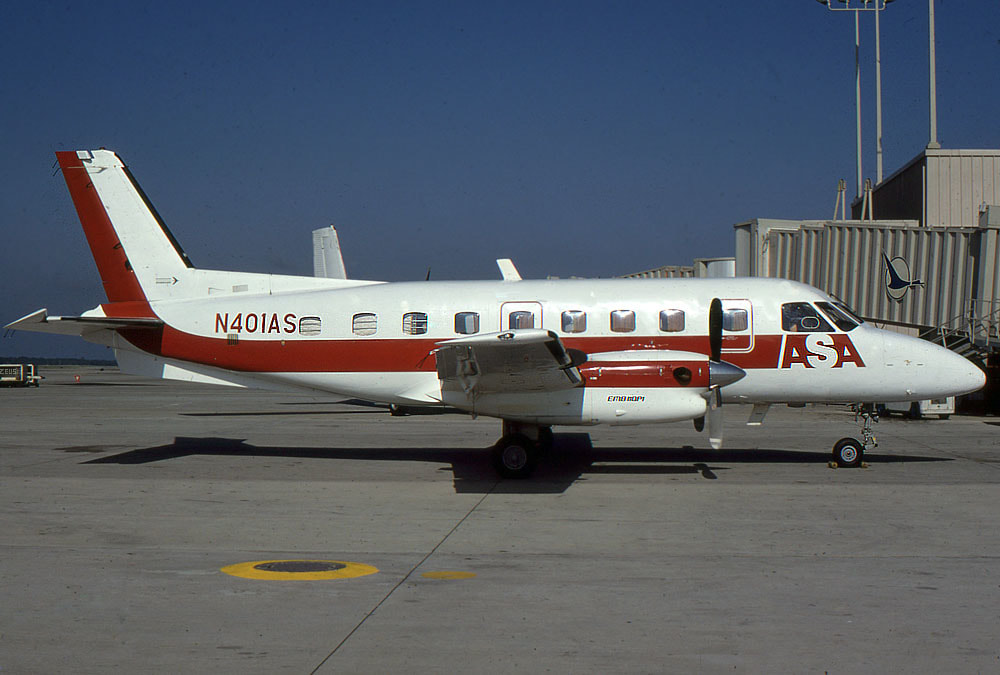 The 48-passenger de Havilland Canada DHC-7, or Dash 7, ushered in a new level of passenger comfort for ASA in 1982 with in-flight service and a large pressurized cabin. 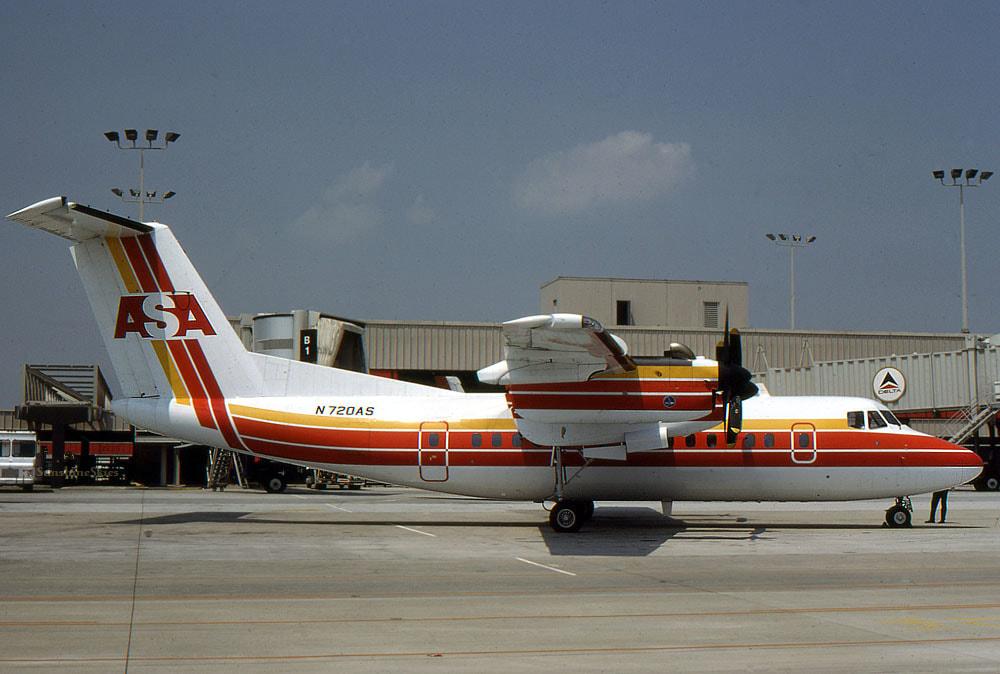 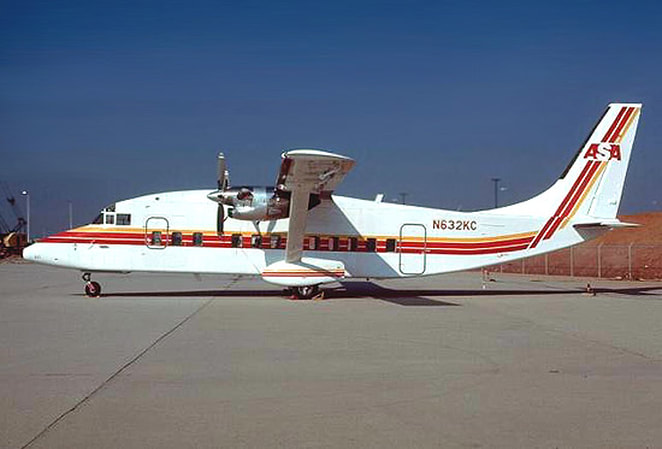 ASA route map from 1984. Nearly all of the these routes were formerly served by Southern Airways. 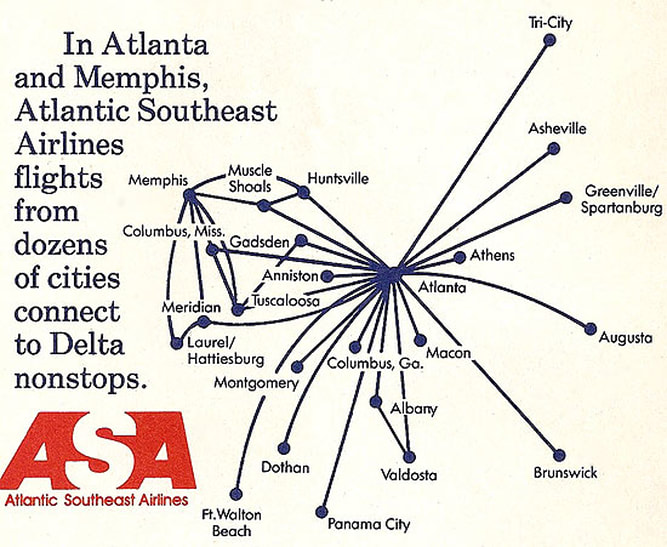 A pair of Embraer Brasilias and a Dash 7 on the ramp at Atlanta on July 28, 1989. This great shot came from Flickr photographer emdjt42. ASA was the first airline to operate the Brasilia. 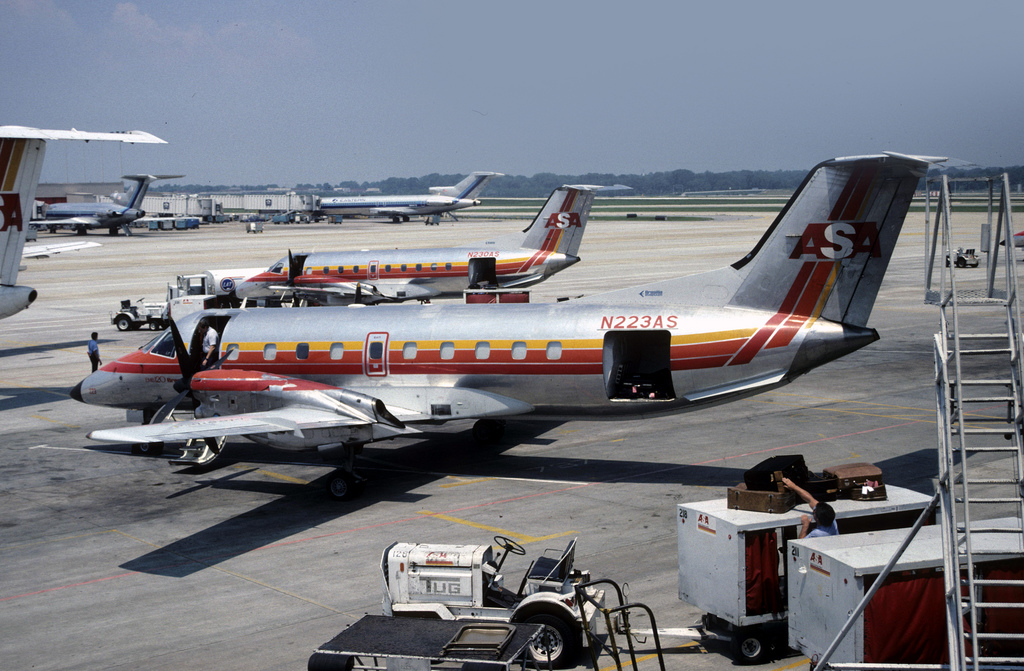 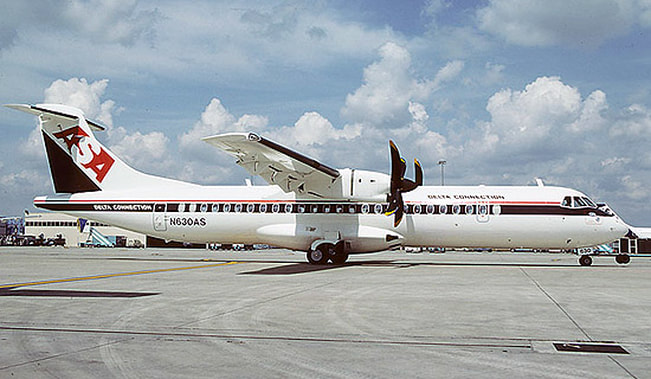 ﻿In December 1995, ASA began jet service with five leased British Aerospace BAe-146s in an 88-passenger configuration. The planes flew with ASA until 1997 when they were replaced with Canadair Regional Jets. 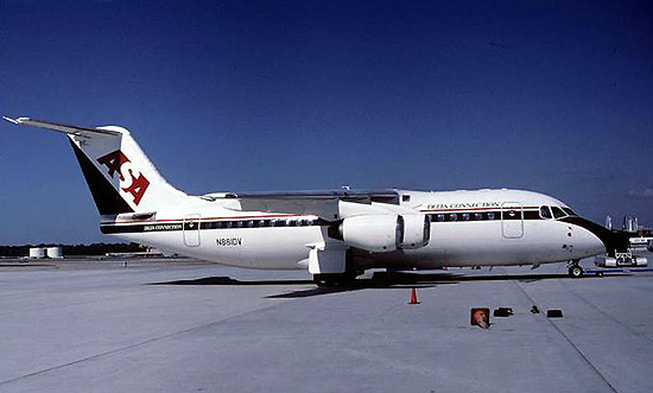 Brasilia N258AS surrounded by regional jets at ATL in Decemeber 2002, looking old and out of place in its 1980s colors. The last Brasilia was retired on August 29, 2003. This photo came from Flickr photographer AV8NLVR. 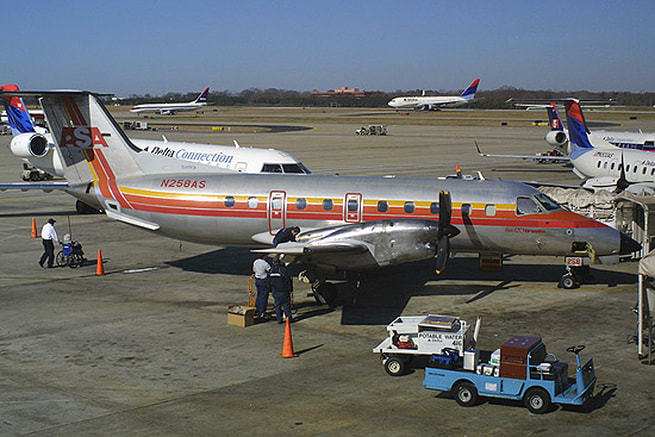