North American used this indestructible DC-3 N3XW (msn 34373) for charters. After a crash at Miami, it returned to service a few months later. This aircraft previously flew with Shawnee Airlines as N11BC. 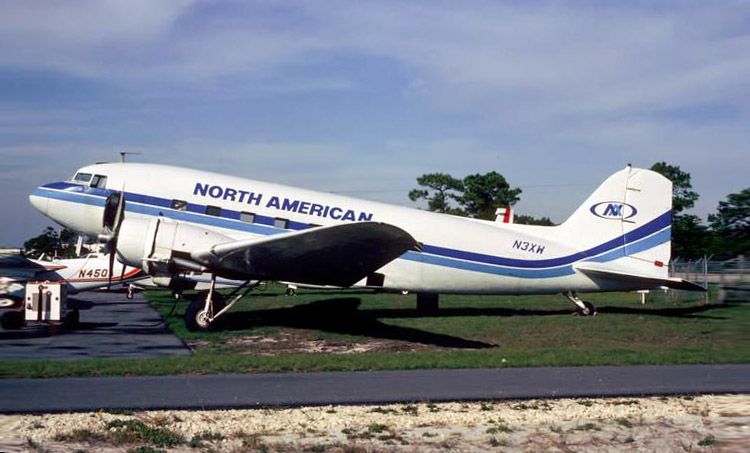 Here's another view of DC-3 N3XW, showing its right-side door. 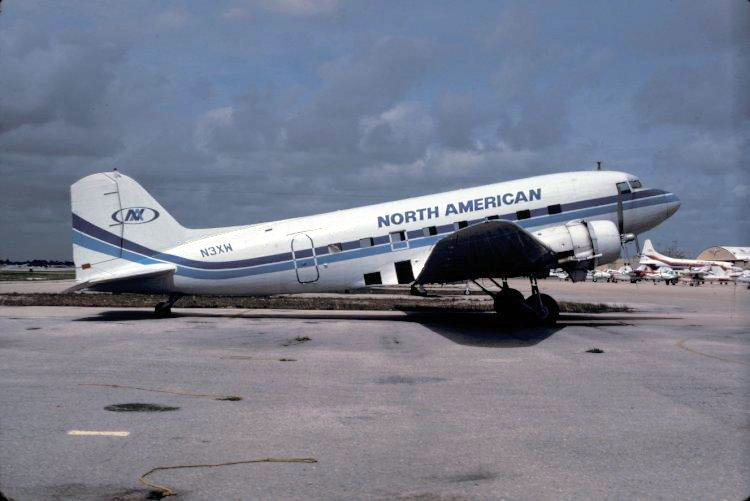 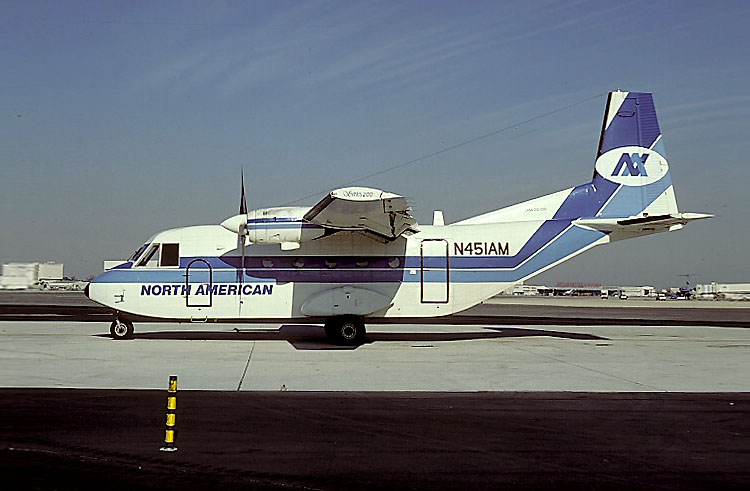 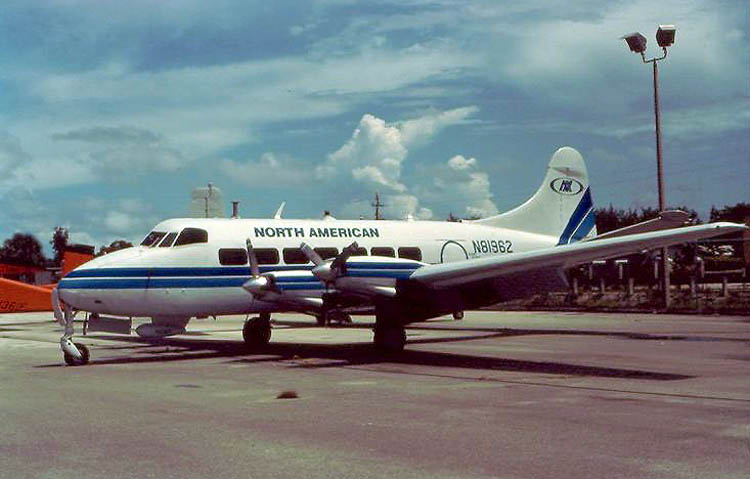 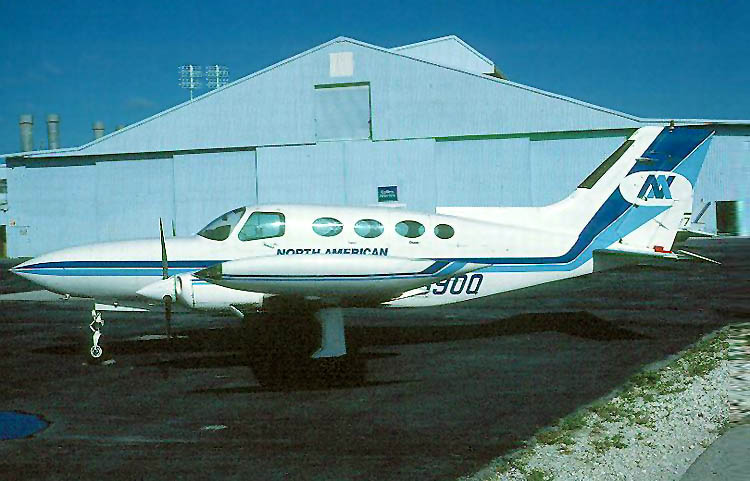 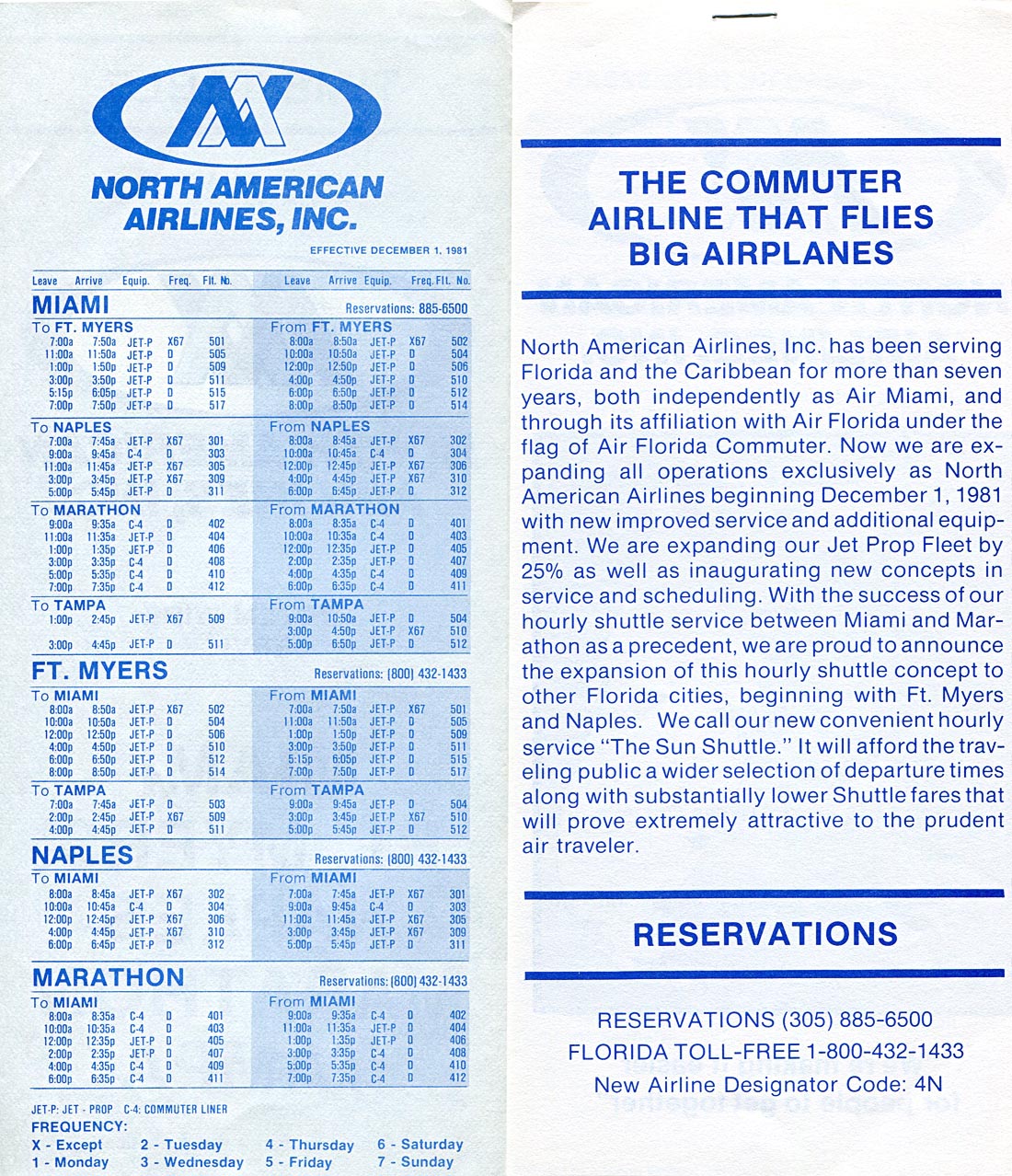 North American Airlines flight schedule dated July 1, 1982 showing a CASA 212 on the cover and a route map with ambitious expansion plans. Courtesy of Arthur Na.
North American Airlines timetable from October 1982 and route map showing expanded service in Florida with the addition of Sarasota and Ft. Myers, and diminished service to the Bahamas. Courtesy of Arthur Na.