AAT, based in Key West, served the Florida Keys in the late 1960s and early 1970s with a fleet that included the de Havilland Heron, the de Havilland Dove, and the Douglas DC-3. AAT became Air Sunshine in 1974. 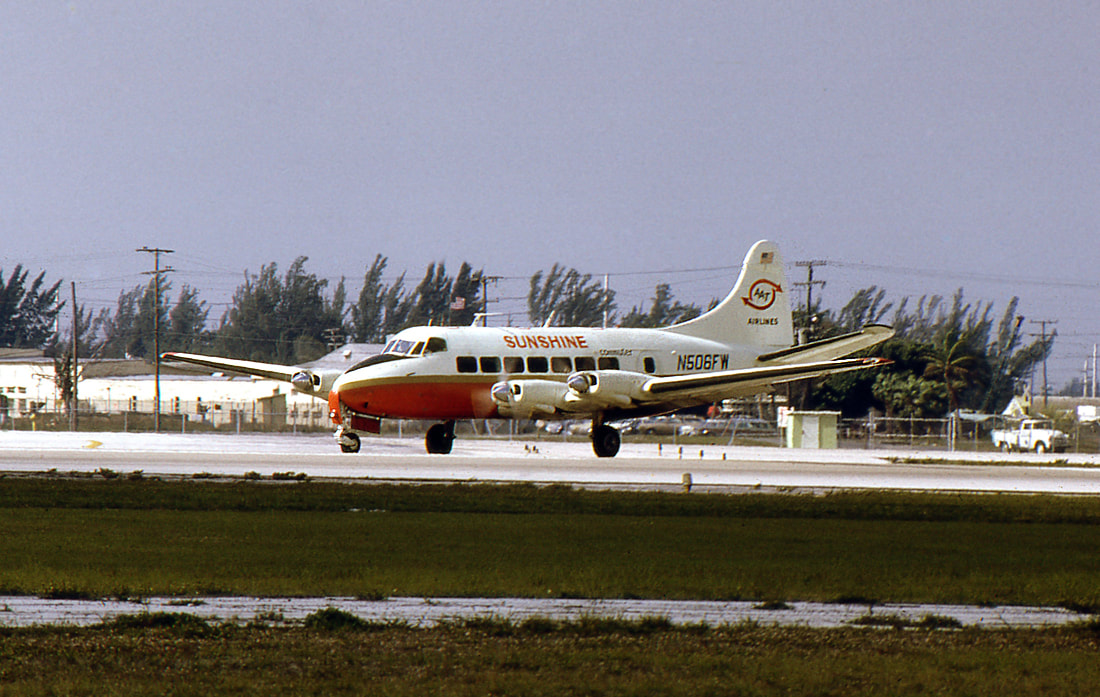 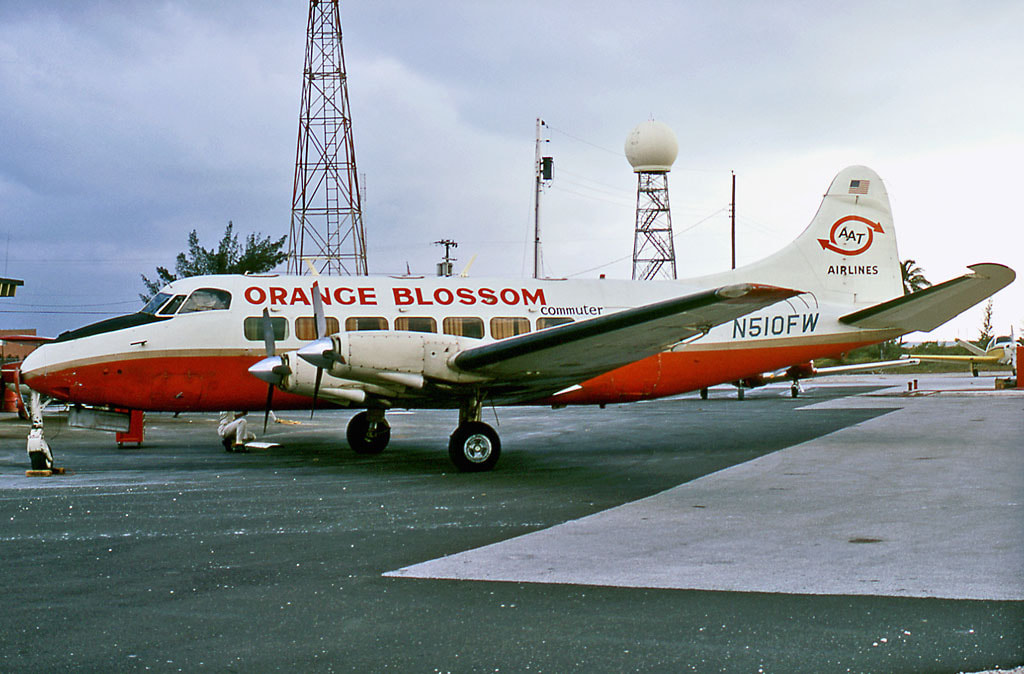 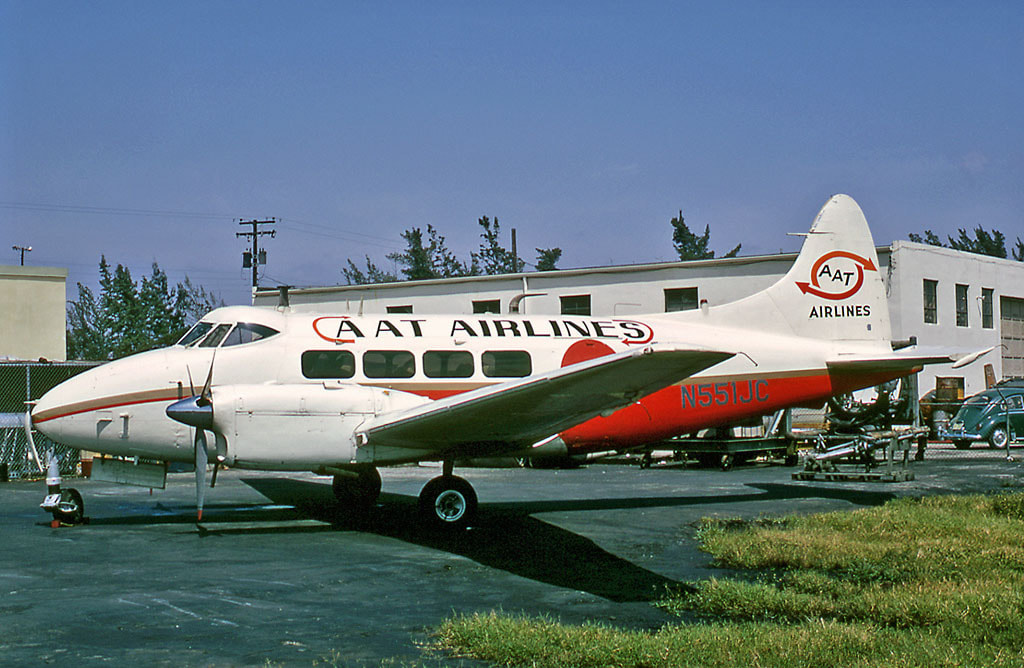 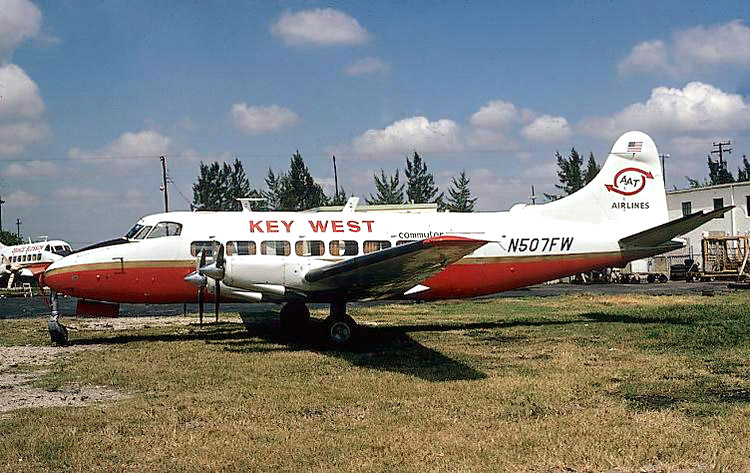 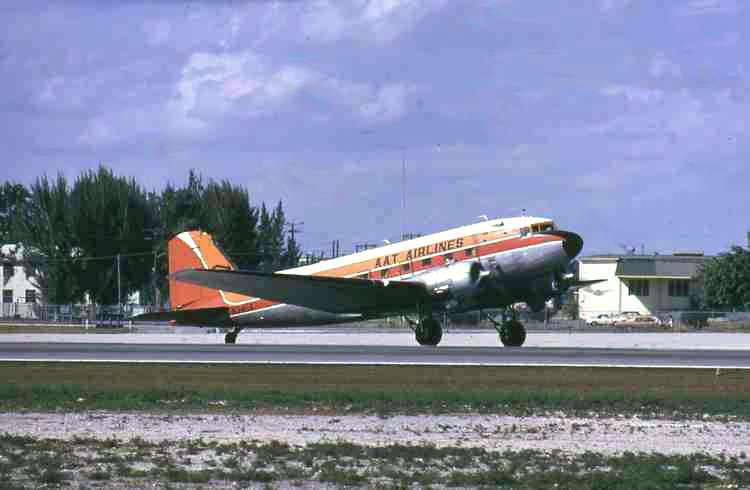 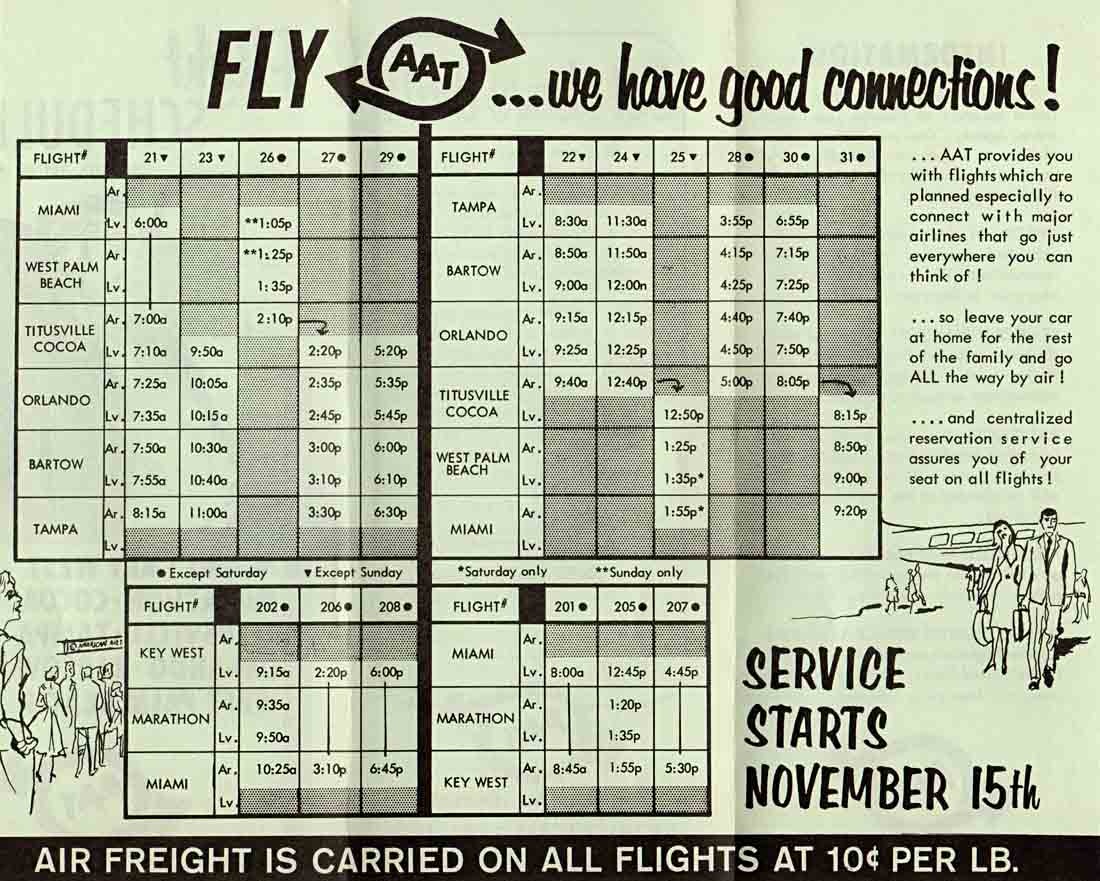 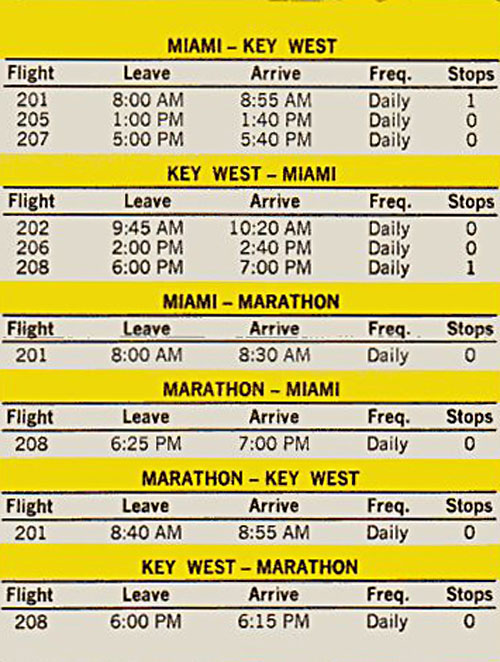 Oops! AAT DH-114 Heron N510FW tangled up in the fence at Miami International on October 19, 1973. The co-pilot was taxiing the aircraft to the gate when the nose gear collapsed, severing the brake cables. The accident report can be found HERE. 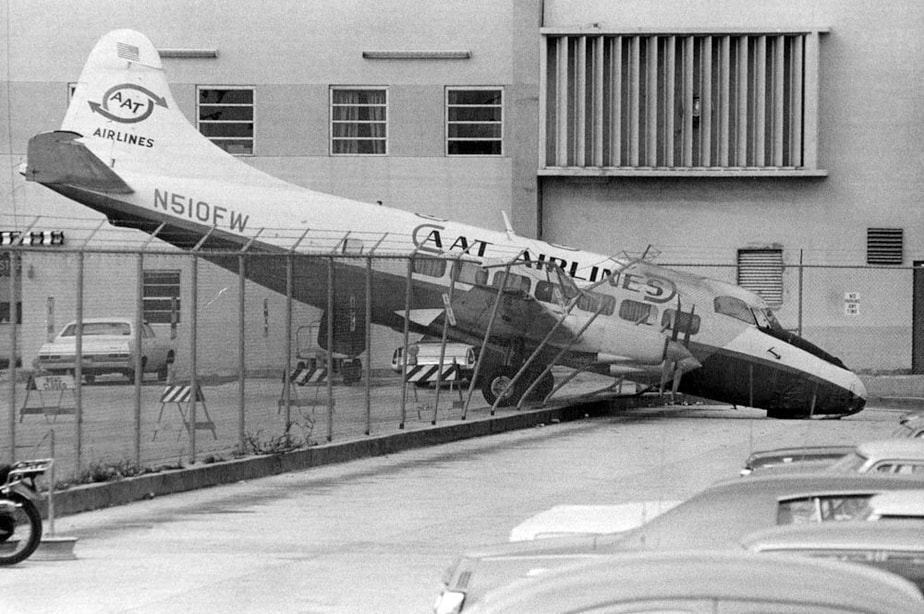 Thanks to Peter Tyson for sending in the following photos of AAT's Heron N510FW with Orange Blossom titles on the ramp in Miami. Peter wrote, "Going through some old photos from 1972 and found several of this airplane. We (at the time, the aquarium society of the Miami Museum) chartered this airplane to fly a group of us over to West End Grand Bahama for a day of diving and collecting, then back to Miami. These are old 3.5” by 3.5” Instamatic color pics." 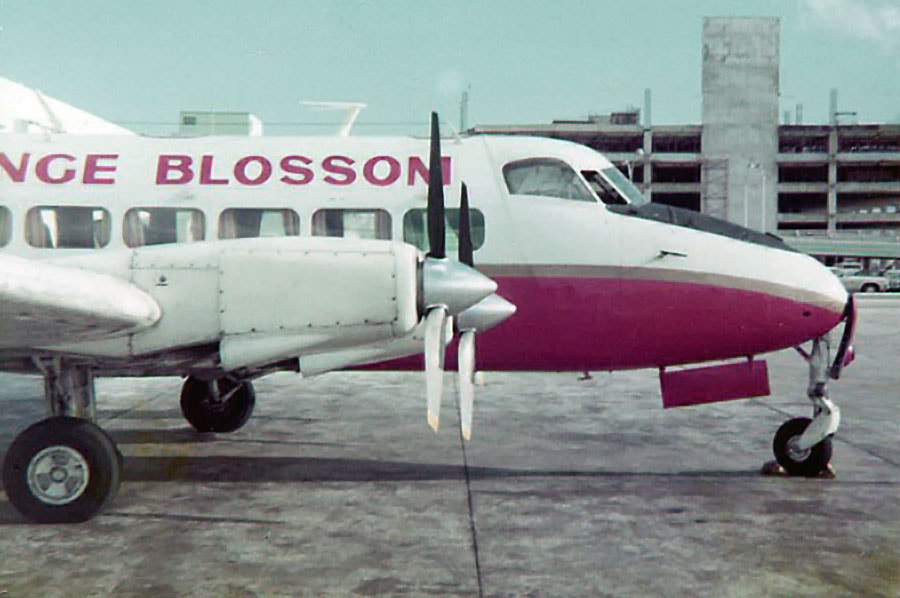 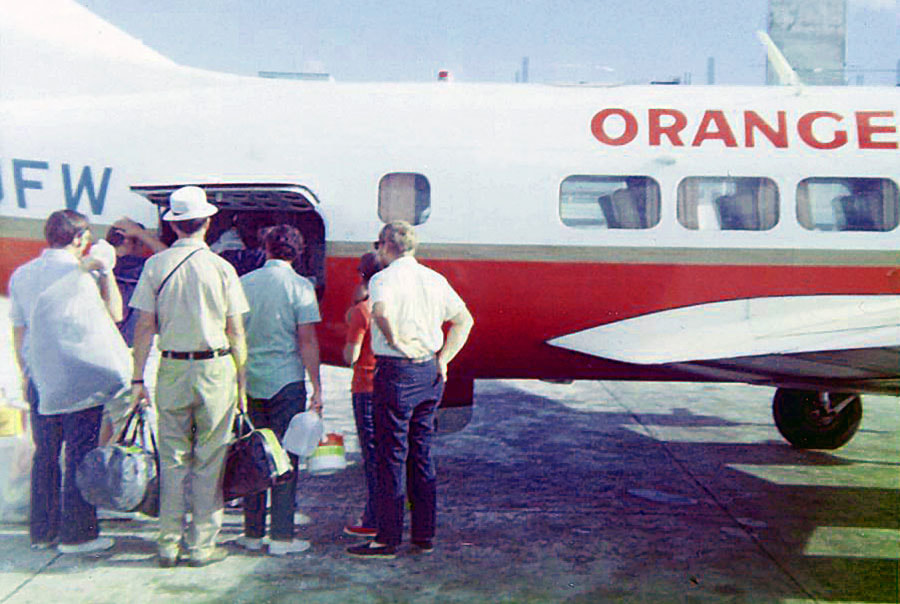 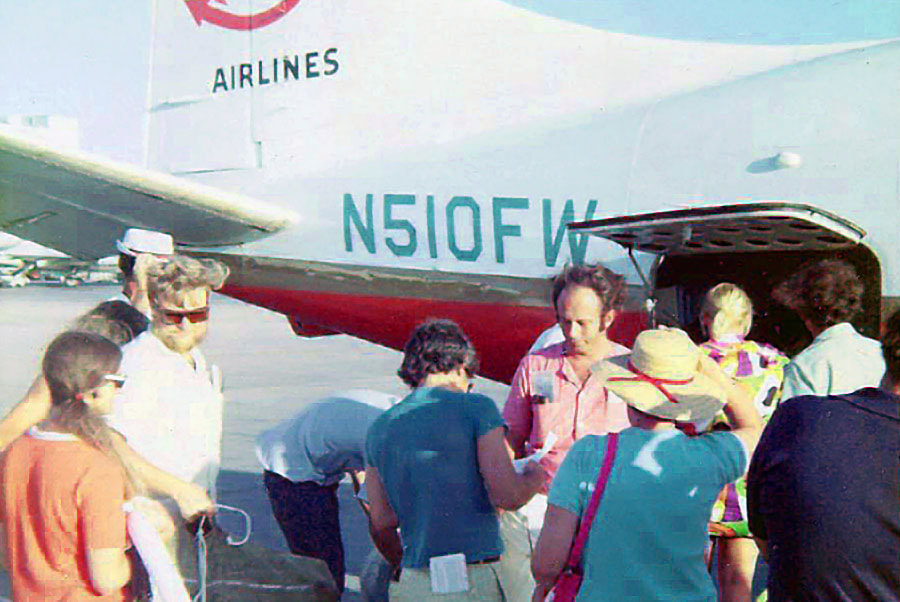 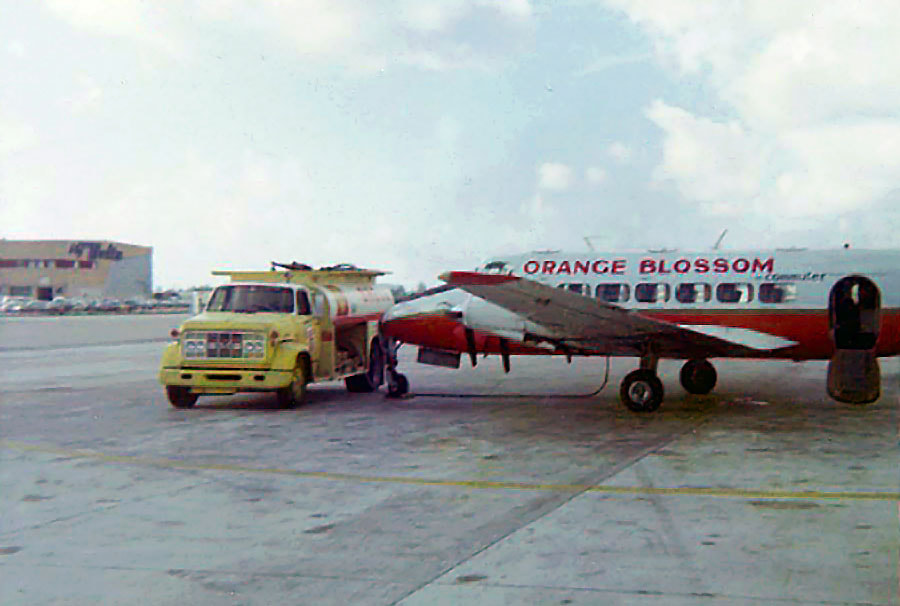 NEXT AIRLINE: ARGONAUT AIRWAYS
If you would like to contribute photos, scans, stories or additional information about any of the airlines, airports or aircraft on this site, please contact me, David Henderson, using the mail icon above. Help preserve the colorful history of aviation in Florida and Georgia!