Also see the Air South timetable gallery!
Air South was formed as Nationwide Airlines Southeast in 1967 and began flying in January 1968. Shortly after F.E. Howe was elected president of the company in November 1968, the name was changed to Air South to better reflect the operations of the airline. In the late 1960s the company served points in Georgia, South Carolina, Alabama, Tennessee and Kentucky from a hub at Atlanta. During the 1970s Air South concentrated on markets in Georgia and South Carolina. The airline merged with Florida Airlines in 1975 and continued to operate in conjunction with that company until 1980.
Air South's Beechcraft B-99 N846NS and Queen Air N843NS seen on the maintenance ramp at Atlanta in 1969. Both aircraft are painted in the basic colors of Nationwide Airlines Southeast. 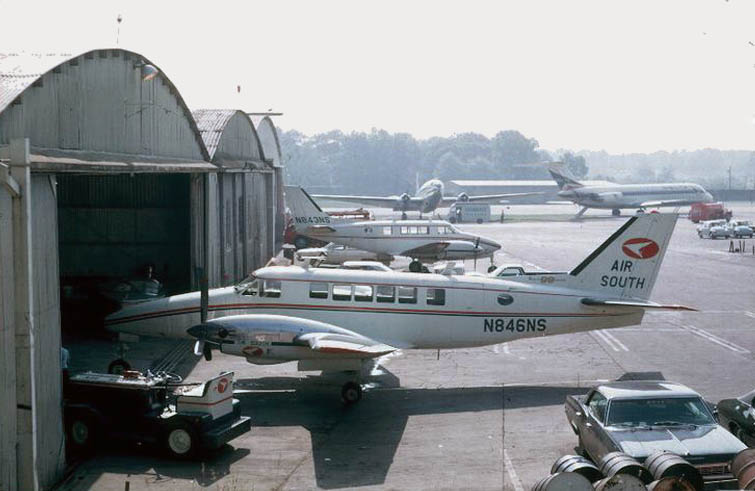 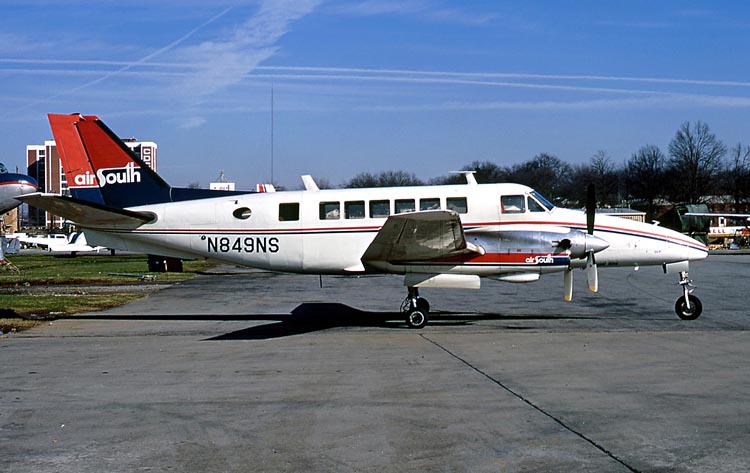 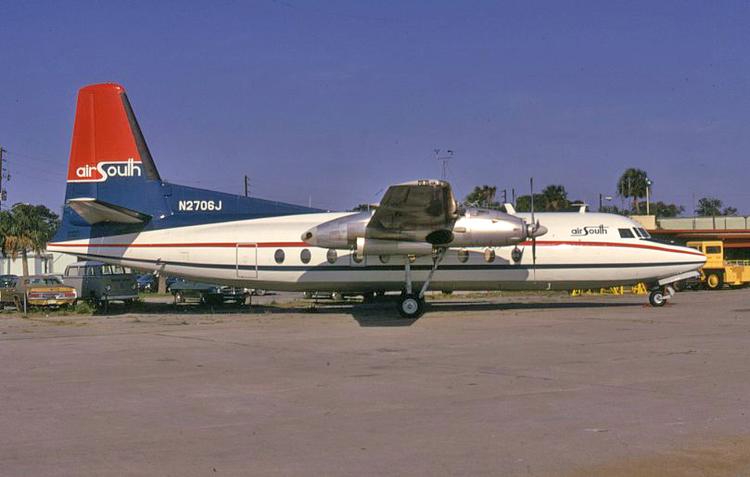 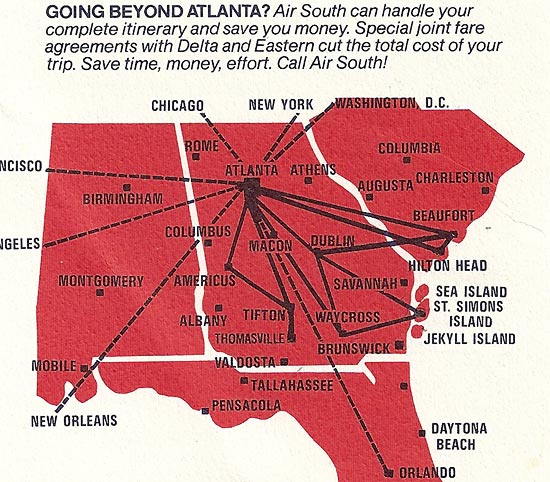 In Spring 1975, Chicago investor Arthur Allyn purchased controlling interest of Air South, Florida Airlines and Shawnee Airlines. By the end of 1975 their schedules were consolidated although the airlines continued to operate as separate entities. (See the timetable gallery.) DC-3s replaced the F-27s after the merger and the planes flew interchangeably with Florida and Air South. N28364 (msn 4108) is shown on the cargo ramp at Atlanta in March, 1979. 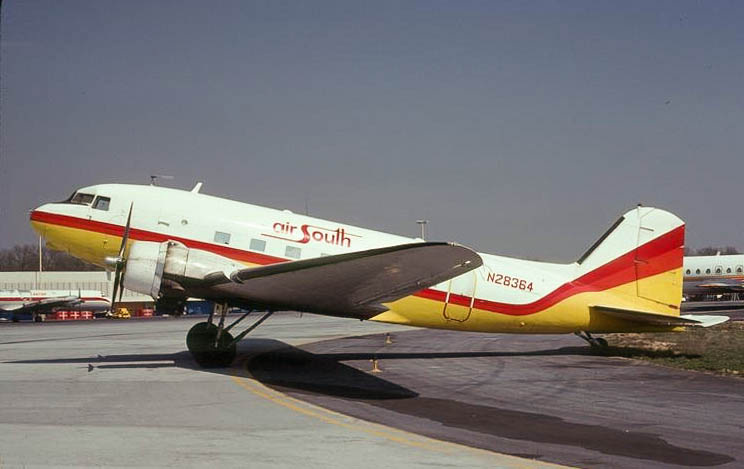 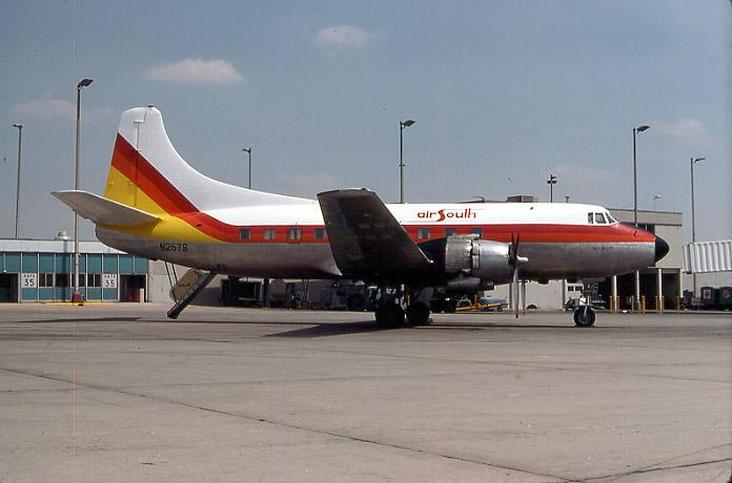 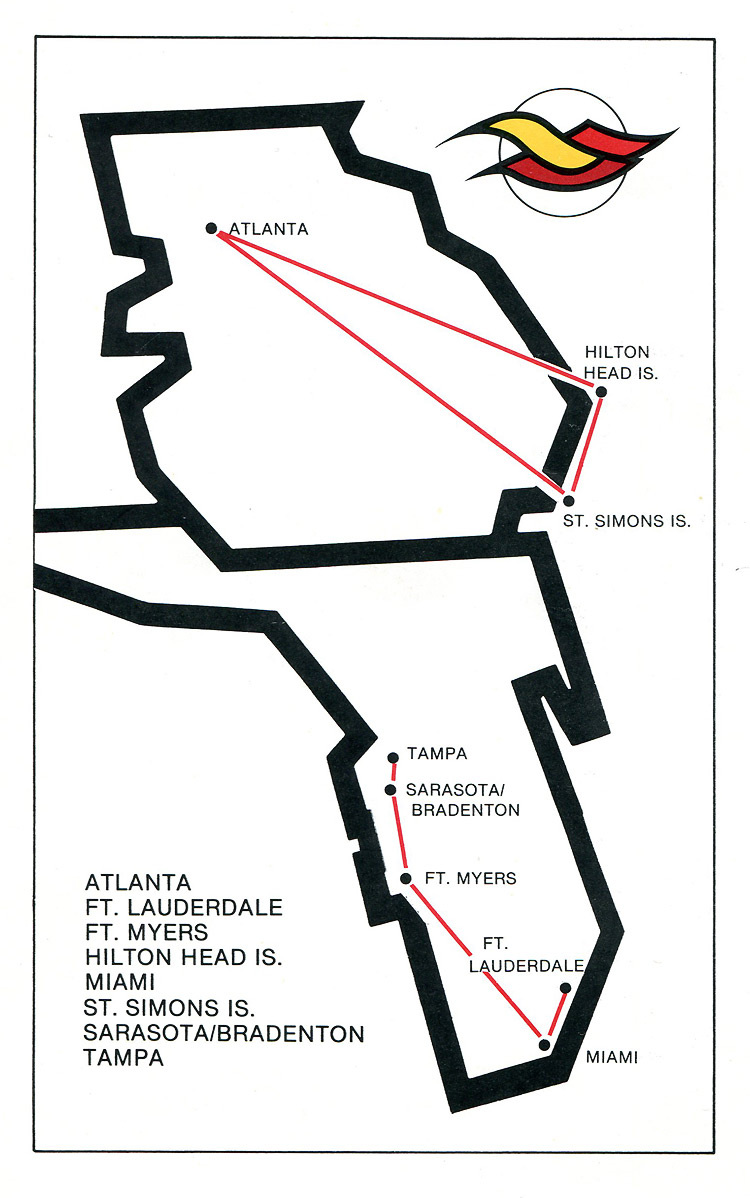